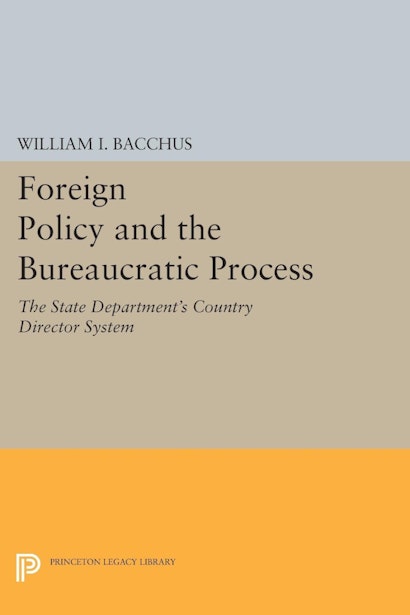 In 1966, the Department of State attempted to strengthen the working level of its geographic bureaus through the establishment of “Country Directors” charged with government-wide leadership and coordination of policy matters concerning individual foreign countries. Through extensive interviews with incumbent Country Directors and members of the foreign affairs community, William I. Bacchus has explored the role of the Country Director, gaining insights into the foreign policy process, and noting obstacles that limit planned modification in large organizations.

By focusing on the working level, where day-to-day affairs are conducted, this book amplifies and expands on the findings of a number of recent studies of organizational change and behavior, the foreign policy process, and bureaucratic politics.