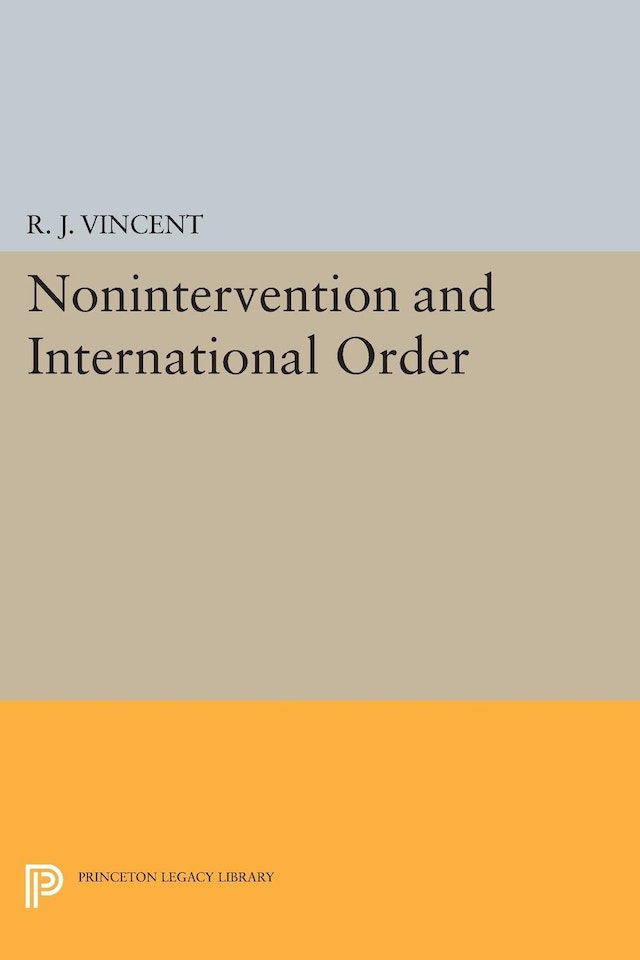 Frequent instances of intervention in current world affairs have threatened the status of nonintervention as a rule of international relations. Gathering evidence from history, law, sociology, and political science, R. J. Vincent concludes that the principle of nonintervention can and must remain viable.

The author examines the principle of nonintervention through examples taken from contemporary world politics, focusing on its role in the doctrine and practice of the Soviet Union, the United States, and the United Nations. He argues that, despite the erosion of the order of sovereign states, the arrival of nuclear response weapons, all-enveloping ideological conflict, and transnational relationships that diminish the significance of state frontiers, the principle of nonintervention continues to contribute to the international order.