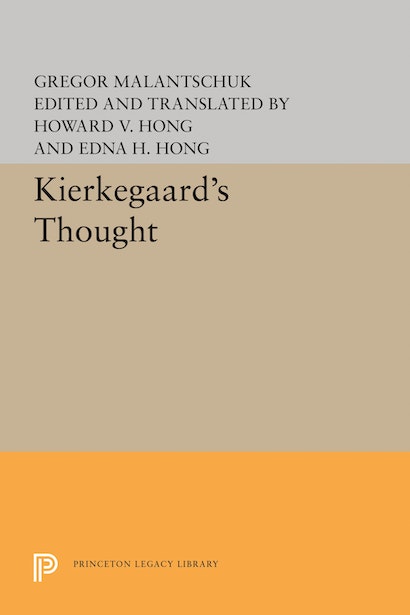 Kierkegaard’s pseudonymous authorship has baffled readers, his apparent capriciousness making it difficult to determine his position at a given point and to understand his work as an organic whole. Gregor Malantschuk’s study, based on careful reading of Kierkegaard’s journals, papers, and texts, cuts through the authorship problem to clarify the philosopher’s key ideas, see the comprehensive plan of his work, and make intelligible the dialectical coherence of his thought. Discussing Kierkegaard’s dialectical method and his use of it from Either/Or to the final Two Discourses, Professor Malantschuk shows how coherently Kierkegaard set the individual works in place, so that even the conflict between the principal pseudonyms, Climacus and Anti-Climacus, serves to elucidate his major philosophical ideas.