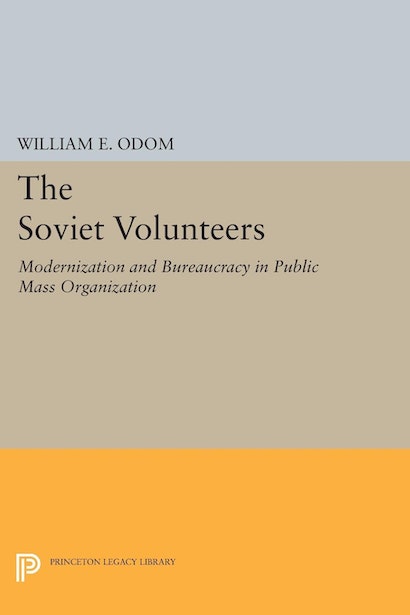 Founded in 1927, the Society of Friends of Defense and Aviation- Chemical Construction, or “Osoaviakhim,” became the largest mass voluntary association in the Soviet Union before World War II. Conceived in Bolshevik rhetoric about the creativity of the toiling masses, this novel organizational scheme gradually acquired bureaucratic substance and played a significant role in making the civilian masses administratively accessible for elementary programs in military training and chemical and aviation technology.

William E. Odom’s study of Osoaviakhim in its first decade seeks not only to recount the history of its development, but, more importantly, to demonstrate that the Soviet experience can be analyzed using the language and concepts of Western social science. In particular, the author argues that concepts from organization theory offer promising opportunities to relate Soviet area studies to the broader concerns of comparative politics, and that middle range generalizations about politics within bureaucracies may prove very helpful in explaining “who gets what, when, and how” in the Soviet polity.