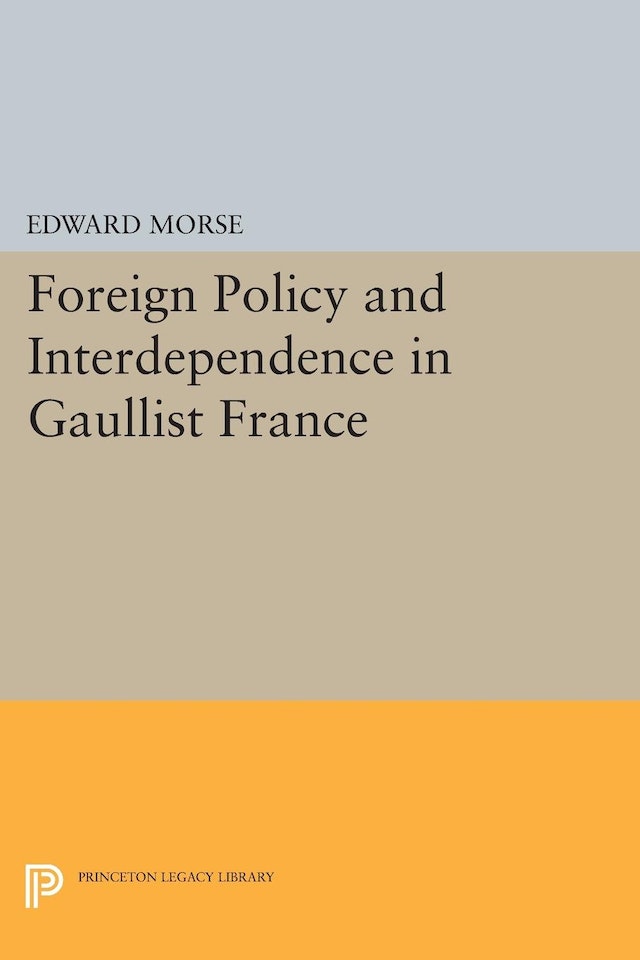 French foreign policy in the 1960’s seemed unique because it was dominated by the anachronistic ideals of Charles de Gaulle. Edward L. Morse argues that in fact the foreign policies of all highly modernized states are so similar that they can be described and explained by a general theory of interdependence. He uses France as a case study of his theory, and shows that what makes French foreign policy in this period so fascinating is the way in which the behavior of the President brought into sharp focus the problems interdependence poses for nation-states.

The book is divided into two parts. The first develops the theory of the conduct of foreign policy in any highly modernized society. The second part tests the theory by examining such characteristics of French foreign policy as: the erosion of the distinction between foreign and domestic affairs; the constraints put on foreign policy by the growth of international economic interdependence, which has also affected the autonomy of decision-making in a purely national context; the increased importance of foreign economic policy; the questioning of governmental priorities in foreign affairs; and the emergence of crisis management and manipulation as part of the routine procedures of foreign policy operations. Edward L. Morse’s work is valuable both for the theory it offers and because it gives a balanced view of foreign policy in an important period in recent French history.