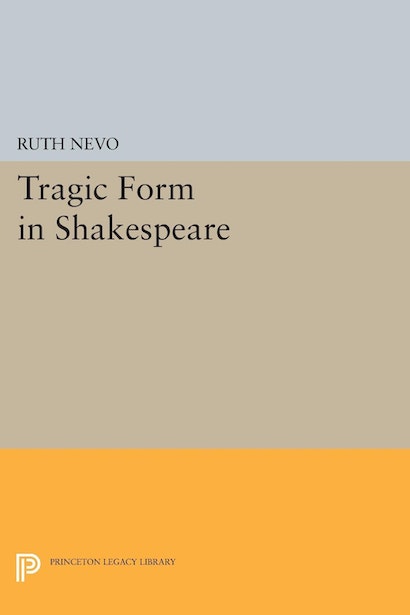 A “symbolist” approach has dominated Shakespearean criticism for many years, but Ruth Nevo believes that the emphasis on static and pictorial aspects has obscured the essentially dynamic nature of dramatic expression and this study of the development of Shakespeare’s tragic form is offered to correct the imbalance.

From detailed analyses of each of Shakespeare’s ten tragedies emerges a characteristic structure—a five-phased movement of discovery—that articulates and orders the traditional components of tragedy. This sequence is one of predicament, psychomachia, peripeteia, perspectives of irony and pathos, and catastrophe. It is a continuous, accumulative, and consummatory one, rather than a simple up-down movement or even a more complex thesis-antithesis-synthesis. Inheriting a five-act model and its developed rationale, Shakespeare used it to express an ever richer and more complex tragic experience. As the protagonist’s life unfolds before us, the development of his tragic recognition is coextensive with the whole of the action.