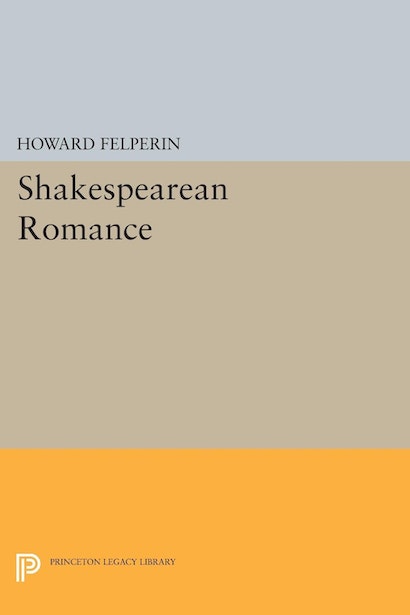 If Shakespeare’s last plays—Pericles, Cymbeline, The Winter’s Tale, The Tempest, and Henry VIII—are to be neither debunked nor idealized but taken seriously on their own terms, they must be examined within the traditions and conventions of romance. Howard Felperin defines this relatively neglected literary mode and locates these plays within it. But, as he shows, romance was not simply an established genre in which Shakespeare worked at both the beginning and end of his career but a mode of perceiving the world that pervades and shapes his entire work.

The last plays are examined to answer such questions as: How does Shakespeare raise to a higher power the conventions of romance available to him, particularly those of the native medieval drama? How does he bring us to accept these elements of romance? Above all, how does romance, the mode in which the imagination enjoys its freest expression, become the vehicle, not of beautiful, escapist fantasy but of moral truth?