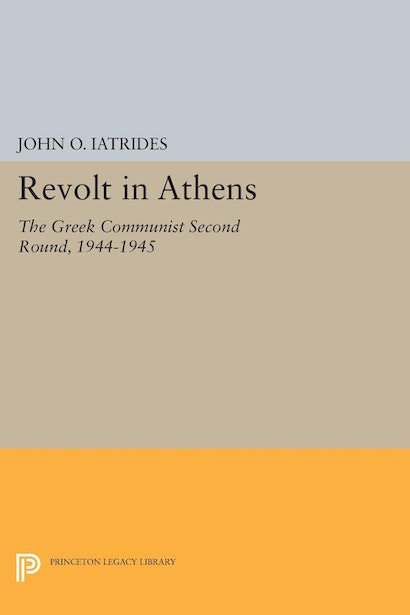 In December 1944, following the withdrawal of the German occupation troops, Athens became the scence of bitter fighting between the British-sponsored government of George Papandreaou and the Greek Left. This upheaal and its suppression set the stage for the full-scale civil war of 1946-1949 and for much that has plagued that troubled nation ever since.

John O. Iatrides examines the immediate causes of the “Second Round,” as this tragedy came to be called, and analyzes the Allies’ reactions to it. His conclusions are new and important. The real causes are to be found in the economic, social, political, and psychological exhaustion of Greece, inherited from the past and aggravated by the war and occupation. Traditionally this crisis has been regarded as a reckless bid by the Greek Communist Party to seize power and join Moscow’s clients in the Balkans. This view served as a principal theme of the Truman Doctrine and a powerful stimulus for the Cold War. It is now clear that the Soviet Union chose to remain uninvolved. Knowing this, Churchill intervened in a highhanded attempt to restore the unwanted monarchy and suppress the entire republican Left, despite American disapproval of his actions.