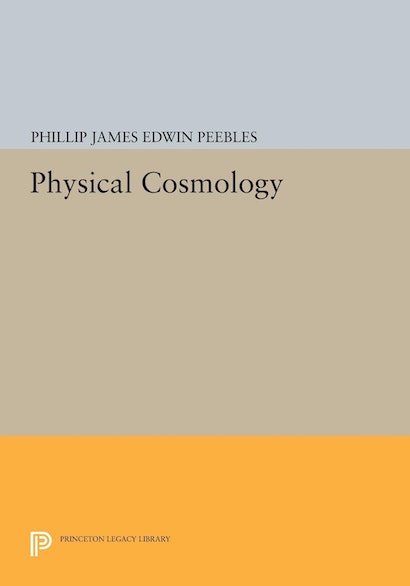 Man’s view of the universe is widening today, as it did once before in the early days of big telescopes and photographic plates. Modern man, by means of radio, infrared, optical, ultraviolet, and X-ray astronomy, can penetrate the universe to depths never before explored. Phillip James Edwin Peebles has written a pioneering work in this newly defined area of investigation. Intended to bridge the chasm between classical textbooks on cosmology and modern developments, Physical Cosmology serves as a guide to current points of debate in a rapidly changing field.

Phillip James Edwin Peebles is a Nobel Prize–winning physicist and the author of Cosmology's Century, Principles of Physical Cosmology, and Quantum Mechanics (all Princeton). He is the Albert Einstein Professor of Science Emeritus in the Department of Physics at Princeton University.