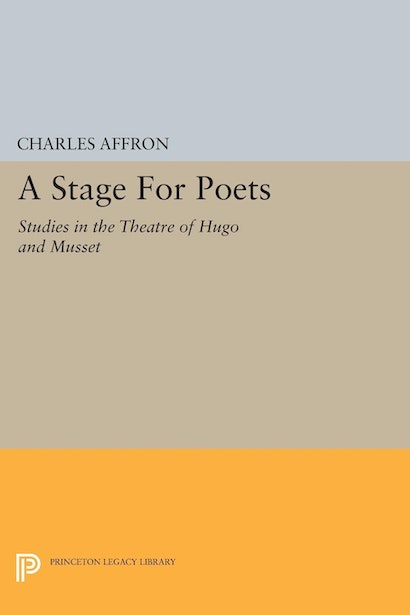 In the nineteenth century, the French lyric poets imposed their diction on the theatrical genre and thus illuminated the essence of both poetry and theatre. Ten plays by Victor Hugo, the standard-bearer of the French romantic theatre, and Alfred de Musset, the romantic playwright most frequently performed in France today, are analyzed by Charles Affron to answer the question, “Can the dialetic form of the theatre accommodate the solitary élan of the lyric poet?”

As a functional point of departure, he considers those characteristics of lyric poetry—time, voice, and metaphor—which bring us closest to the singular attitudes of Hugo and Musset. Then, examining the texts of Hernani, Les Burgraves, Torquemada, Fantasio, and Lorenzaccio as well as several lesser known plays, Mr. Affron discusses such topics as poetic time, the scope of analogy, theatrical and poetic rhetoric, the guises of the poet-hero, and the manner of sounding the poet’s voice upon the stage.