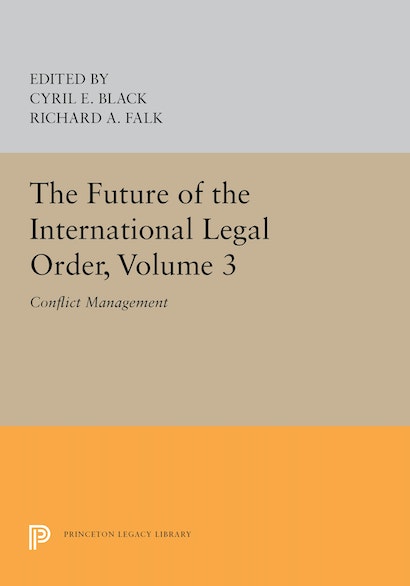 The eleven contributors to this volume come to grips with the hard realities of controlling war in our modern, interrelated world. All of them deal directly with the role of law in the management of conflict. From Cyril E. Black’s introductory chapter, “Conflict Management and World Order,” to Richard J. Barnet’s concluding chapter, “Toward the Control of International Violence: The Limits and the Possibilities of Law,” each expert moves from analysis of some immediate problem of international legal control to the direct application of law to war.
The contributors include Tom J. Farer, Rosalyn Higgins, John Norton Moore, Daniel Wiles, William B. Bader, Arnold Kramish, Mason Willrich, W. Michael Reisman, and Harold Feiveson.
Conflict Management is the third volume in a large-scale collaborative research project intended to focus the attention of international lawyers and social scientists on the near future of the international legal order. A brochure describing the entire series is available.
Cyril E. Black is Duke Professor of Russian History and Director of the Center of International Studies, Princeton University. Richard A. Falk is Milbank Professor of International Law and Practice, Princeton University.
Written under the auspices of the Center of Interntional Studies, Princeton University.