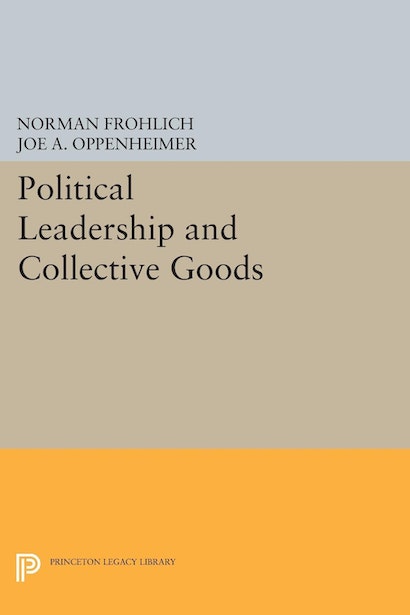 Using the assumptions of rationality and self-interest common to economic analysis, Professors Frohlich, Oppenheimer, and Young develop a profit-making theory of political behavior as it pertains to the supply of collective goods—defense, law and order, clean air, highways.