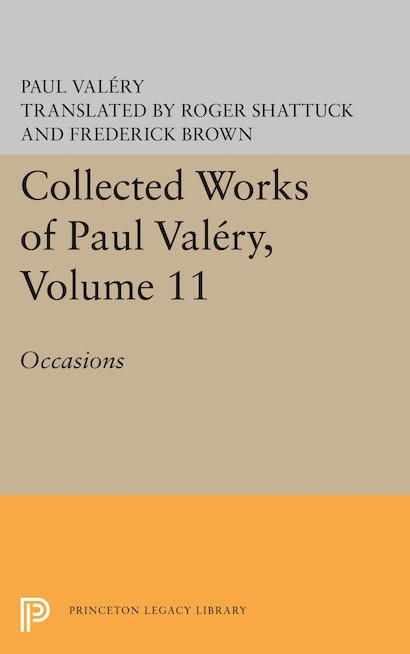 This collection of Valéry’s occasional pieces—speeches, interviews, articles—shows him very much as the public figure, the first in demand when an “occasion” needed a prominent person. Included are his speech before the French Academy on his reception into that body; his address welcoming Marshal Petain to membership in the French Academy; a witty and appealing commencement address to the young ladies of a private school; memorial addresses honoring Emile Verhaeren and Henri Bremond; an article on the “Future of Literature,” and an incisive piece on the eponymous heroine of Racine’s Phèdre.

Because Valéry spoke on many current educational and social problems in France, Occasions will be of considerable interest to students of modern European history as well as to those concerned with French literature and drama.