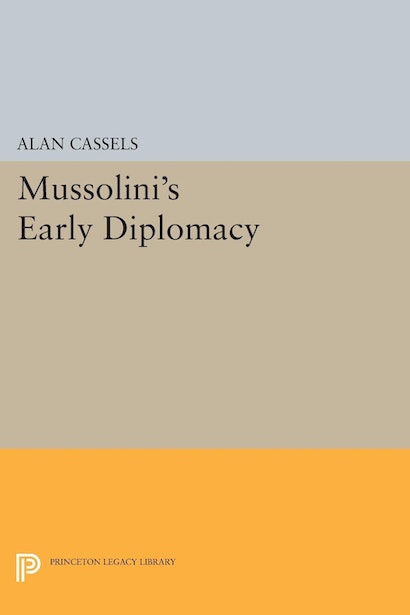 In October 1922 Mussolini became the constitutional head of the Italian government; by late 1926 he had imposed a Fascist dictatorship on Italy. Professor Cassels, who argues that Mussolini’s policies in the 1930s, the era of the Rome- Berlin axis, were foreshadowed by those of the 1920s, traces the stages by which Mussolini took control of Italy’s foreign relations.

Within the period 1922-1927, Mussolini, biased against democratic states, moved away from Italy’s wartime alliance with Britain and France to a policy in favor of authoritarian force. France became the “moral rival”; and the Anglo-Italian entente, calculated to insure British good will, soon cooled as Mussolini sought to realize an Italian empire in the Mediterranean basin. Italy’s career diplomats, who at first had tried to restrain Mussolini’s adventurism, by 1927 were totally in the background. Mussolini emerges, therefore, as a more radical and far less conventional Italian statesman than he is usually depicted in other historical studies.