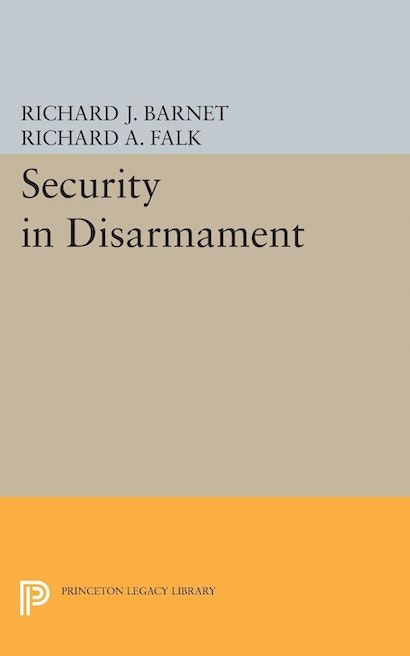 The risks of arms control and disarmament, how they can be reduced or eliminated, and the political implications of drastic disarmament are analyzed by eleven experts. Emphasis is placed on the development of techniques for disarming that are politically feasible and give reasonable assurance to each side that the other is not violating its obligations for any serious reason. Three major aspects of the problem are considered: how to get the disarmament process started, and once started to continue it how to retain the freedom of diplomatic action that might be needed to defend national interests; and how to approach the problems of political security in a fully disarmed world.