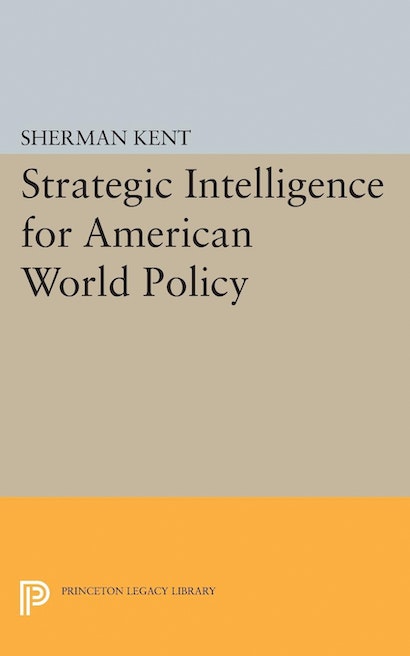 Intelligence work is in some ways like a newspaper or newsmagazine, in some like a business, in some like the research activity of a university; very little of it involves cloaks and daggers. All of it is important to national survival, and should be understood by the citizens of a democracy.

In this remarkable book, an able scholar, experienced in foreign intelligence, analyzes all of these varied aspects of what is known as “high-level foreign positive intelligence.” Illustrations are drawn from that branch, but the lessons apply to all intelligence, and in fact to all those phases of business, of journalism, and (most importantly) of scholarship, where the problem is to learn what has happened or will happen.