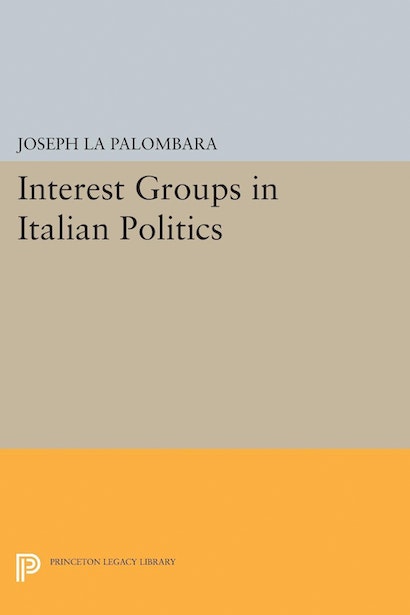 The author examines both structurally and functionally the General Confederation of Italian Industry, Italian Catholic Action, the Christian Democrats, the Italian Liberal Party, the monarchist Italian Republican Party, the neo-Fascist Italian Social Movement, and many more interest groups. The book is based on several years of field research in Italy, including interviews with scores of political figures, bureaucrats, and interest group leaders.