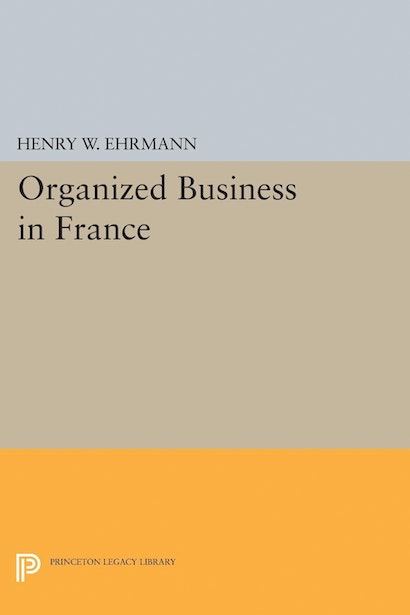 It is widely admitted that organized economic interests determine political decision making at many levels of the French political process. This first comprehensive description of the French employers’ and trade association movement shows how these pressure groups operate and indicates the extent of their influence.