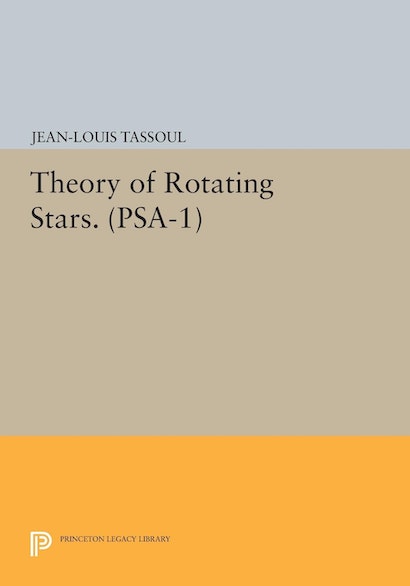 Ever since the first observations of sunspots in the early seventeenth century, stellar rotation has been a major topic in astronomy and astrophysics. Jean-Louis Tassoul synthesizes a large number of theoretical investigations on rotating stars. Drawing upon his own research, Professor Tassoul also carefully critiques various competing ideas.

In the first three chapters, the author provides a short historical sketch of stellar rotation, the main observational data on the Sun and other stars on which the subsequent theory is based, and the basic Newtonian hydrodynamics used to study rotating stars. Following a discussion of some general mechanical properties of stars in a state of permanent rotation, he reviews the main techniques for determining the structure of a rotating star and its stability with respect to infinitesimal disturbances. Since the actual distribution of angular momentum within stars is still unknown, Professor Tassoul considers various models of angular momentum as well as of meridional circulation. He devotes the rest of his study to the problems concerning various groups of stars and stages in stellar evolution.