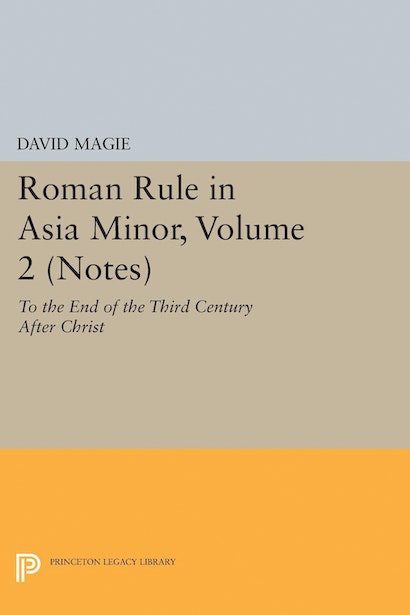 What is known of the expansion of the Roman Empire in Asia and adjacent lands to the East between 133 B.C. and A.D. 285 is presented here in a comprehensive organization of all the existing scholarship. An authority in the field of ancient history and archaeology, Mr. Magie presents a thorough account of political and economic conditions in this period. Volume 2 contains the notes.