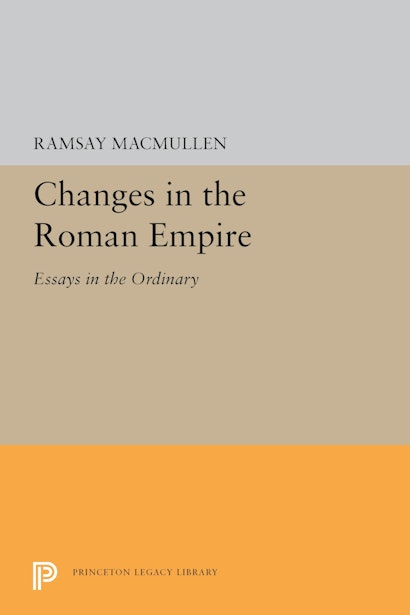 Written by one of the foremost historians of the Roman Empire, this collection of both new and previously published essays forms a colorful picture of daily life in the Mediterranean world between A.D. 50 and 450. Here, for example, the author applies statistical analysis to broad groups of people on matters ranging from justice through medicine to language. In so doing he is able to substantiate general statements about routines in ordinary people’s behavior and to detect within these routines the very changes that constitute history. Such analysis also shows how this era benefits from the same historiographical approaches that have so successfully elucidated sociocultural phenomena in other periods.
Drawing from statistical analysis and many other historical approaches, these essays on popular mores in the Roman Empire cover such topics as language and art, acculturation, thought and religion, sex and gender, cruelty and slavery, and aspects of class and power relations. The author introduces the collection with several essays on historical method, as it pertains to the richness of documentation and variety to be found in the region and period chosen.
Ramsay MacMullen is Dunham Professor of History and Classics at Yale University. The most recent of his many books include Corruption and the Decline of Rome and Christianizing the Roman Empire: A.D. 100-400, both published by Yale.