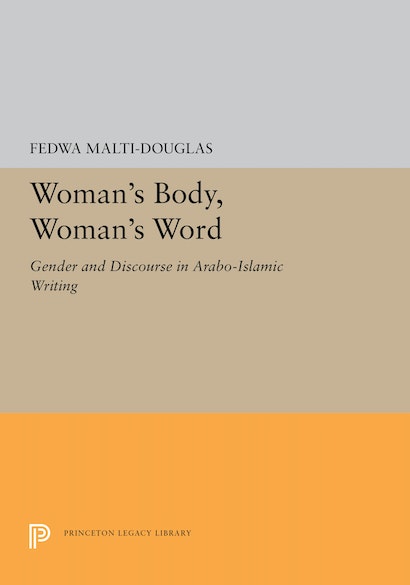 Woman’s voice and body are closely entwined in the Arabo-Islamic tradition, argues Fedwa Malti-Douglas in this pioneering book. Spanning the ninth through twentieth centuries and covering a wide range of texts—from courtly anectdote to mystical and philosophical treatises, from works of geography to autobiography—this study reveals how woman’s access to literary speech has remained mediated through her body.
Malti-Douglas first analyzes classical texts (both well-known works like The Thousand and One Nights and others still ignored in the West) in which the female voice, often associated with wit or trickery of a sexual nature, is subordinated to the male scriptor. Showing how early Arabo-Islamic discourse continues to influence contemporary Arabic writing, she maintains that today feminist writers of novels, short stories, and autobiography must work through this tradition, even if they subvert or reject it in the end. Whereas woman in the classical period speaks through the body, woman in the modern period often turns corporeality into a literary weapon to achieve power over discourse.
Fedwa Malti-Douglas is Professor of Arabic and Comparative Literature at the University of Texas, Austin. Her books include Structures of Avarice: The Bukhala’ in Medieval Arabic Literature (Leiden) and Blindness and Autobiography: Al-Ayyam of Taha Husayn (Princeton).