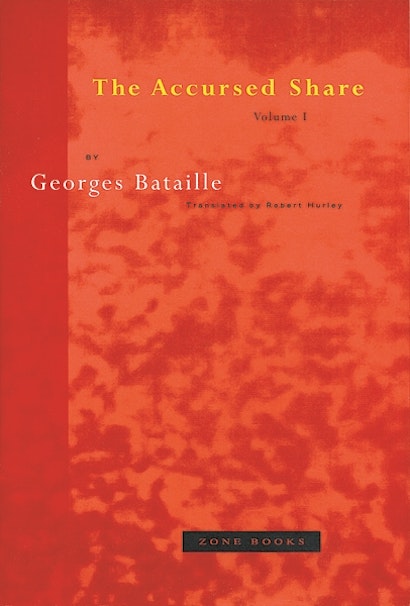 In this important work, Georges Bataille uses his novel economic theory as the basis for an incisive inquiry into the very nature of civilization. He introduces here his concept of the accursed share, the surplus energy that any system, natural or cultural, must expend; it is this expenditure, according to Bataille, that most clearly defines a society. His examples include sacrifice among the Aztecs, potlatch among the Northwest Coast Indians, military conquest in Islam, and Buddhist monasticism in Tibet.

In this way, Bataille proposes a theory of a “general economy” based on excess and exuberance that radically revises conventional economic models of scarcity and utility. A brilliant blend of economics and aesthetics, ethics and anthropology, The Accursed Share provides an excellent introduction to Bataille’s philosophic work. It will be of particular interest not only to readers of his fiction and essays but also to cultural theorists, anthropologists, and economists of all schools.

"Bataille . . . offers here nothing less than a new theory of civilization."—Library Journal