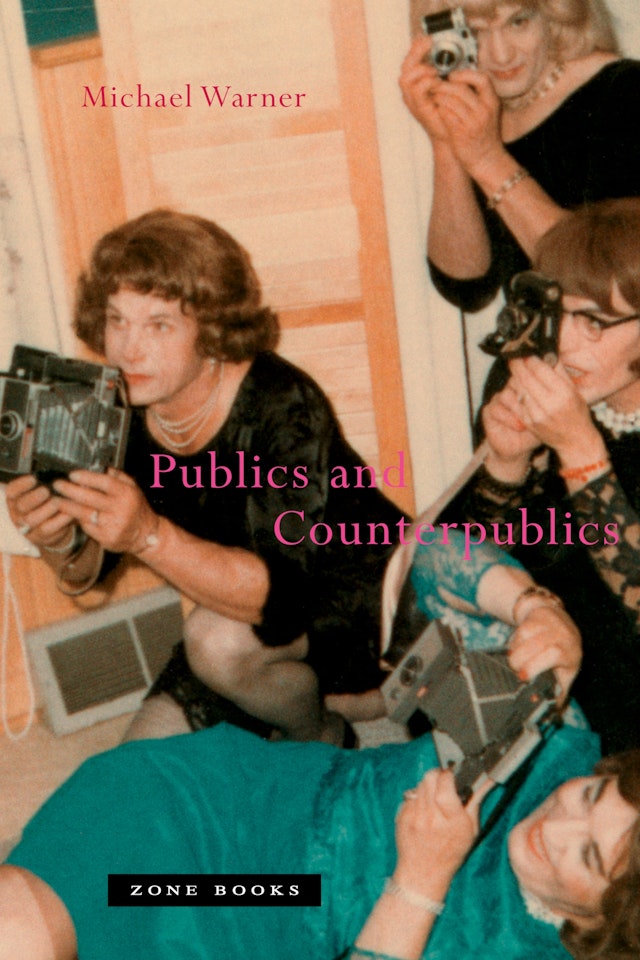 Publics and Counterpublics revolves around a central question: What is a public? The idea of a public is a cultural form, a kind of practical fiction, present in the modern world in a way that is very different from other or earlier societies. Like the idea of rights, or nations, or markets, it can now seem universal. But it has not always been so. Publics exist only by virtue of their imagining. They are a kind of fiction that has taken on life, and very potent life at that.

Publics have some regular properties as a form, with powerful implications for the way our social world takes shape; but much of modern life involves struggles over the nature of publics and their interrelation. There are ambiguities, even contradictions in the idea of a public. As it is extended to new contexts and media, new polities and rhetorics, its meaning can be seen to change, in ways that we have scarcely begun to appreciate.

By combining historical analysis, theoretical reflection, and extended case studies, Publics and Counterpublics shows how the idea of a public works as a formal device in modern culture and traces its implications for contemporary life. Michael Warner offers a revisionist account at the junction of two intellectual traditions with which he has been associated: public-sphere theory and queer theory. To public-sphere theory, this book brings a new emphasis on cultural forms, and a new focus on the dynamics of counterpublics. To queer theory, it brings a new way of seeing how queer culture (among other examples) is shaped by the counterpublic environment.