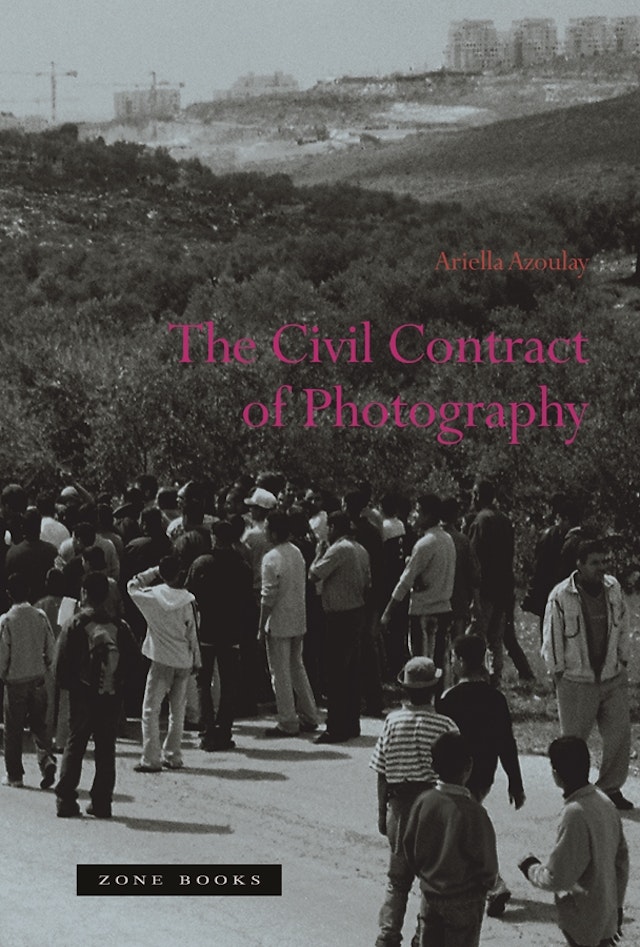 In this groundbreaking work, Ariella Azoulay thoroughly revises our understanding of the ethical status of photography. It must, she insists, be understood in its inseparability from the many catastrophes of recent history. She argues that photography is a particular set of relations between individuals and the powers that govern them and, at the same time, a form of relations among equals that constrains that power. Anyone, even a stateless person, who addresses others through photographs or occupies the position of a photograph’s addressee, is or can become a member of the citizenry of photography.

The crucial arguments of the book concern two groups that have been rendered invisible by their state of exception: the Palestinian noncitizens of Israel and women in Western societies. Azoulay’s leading question is: Under what legal, political, or cultural conditions does it become possible to see and show disaster that befalls those with flawed citizenship in a state of exception? The Civil Contract of Photography is an essential work for anyone seeking to understand the disasters of recent history and the consequences of how they and their victims are represented.

". . . nothing less than a wholesale restatement of the contemporary political stakes of the image. . . ."—Brian Dillon, Art Review

"Azoulay’s ethical and political interrogation of her circumstances as an Israeli citizen should be taken as a challenge to produce our own accounting."—Abigail Solomon-Godeau, Art in America

"[T]his is a significant, deeply moral book that should undercut complacent thinking. Azoulay’s renewal of cultural attention to the state and her view of photography that requires us to dispute prevailing interpretations of evidence must surely be welcomed as we are, once again, thrown headlong back to reality."—Steve Edwards, Times Higher Education Supplement

"Azoulay…is not interested in viewers’ emotional responses to images of suffering. It’s not empathy she’s after; she wants action. Images can transform the world, she argues, and the only reason they haven’t yet is because we don’t know how to look at them. The problem isn’t images; it’s us….For many years, I said I didn’t know what to do when I encountered an image of another person in pain or dying or already dead. After reading Azoulay, I could no longer claim that I didn’t know what to do. She had explained the work in detail. The question for me now is whether I am up to the task."—Sarah Sentilles, The New Yorker