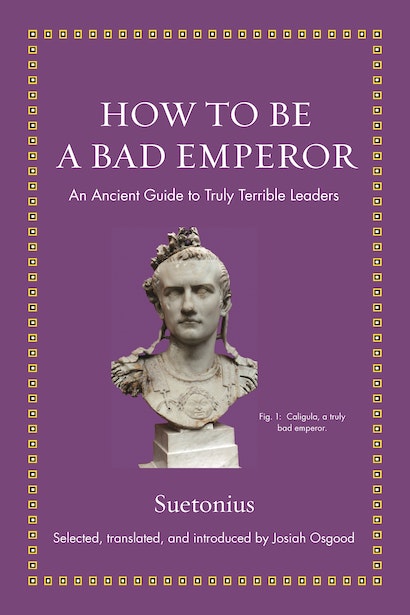 For the ancient Greeks and Romans, leadership was studied through examples. One of the best books ever written on the subject, Xenophon’s Education of Cyrus, appears to be a biography of the Persian king Cyrus the Great. In fact, it is a manual of statecraft and strategy.

In describing how Persian boys were schooled, Xenophon is actually telling us that success in leadership rests on moral qualities – a sense of justice, gratitude to others, moderation. Hunting builds up one’s physical strength. It also prepares the future leader to use deception against his enemies, especially on military campaigns. In Xenophon’s eyes, it is dishonorable, and ultimately dangerous, to treat a fellow countryman unjustly. But to force your enemy to fight on ground unfavorable to him, or to catch him unaware asleep, may be essential to victory. The leader must at times be “a poet of stratagems.”

Beyond training his own body and character, Cyrus developed other ways to get men to follow him. Leaders not only must differ physically and morally from those they lead. Cyrus also thought they should “bewitch.” He wore a dazzling robe and shoes that made him look taller than he was. He even used color beneath his eyes so they would look more brilliant.

He also presided over a lavish banquet table that served the finest foods in the whole kingdom. But he made sure to share them with those he wished to win over. Acquiring friends, Cyrus believed, is a priority for a leader.

It should not surprise us that Roman generals, as first they won an empire and then struggled to govern it, lapped up the Education of Cyrus. Julius Caesar was just one of its many readers. We are told by Caesar’s biographer, Suetonius, about an occasion on which Caesar was reading the passage in which Cyrus, in his last illness, gave directions for his funeral.  Caesar expressed horror at such a lingering death. His wish was for a swift and sudden end.

With Caesar’s brutal assassination on the Ides of March in 44 BCE, that hope would be amply fulfilled. In explaining how it came to pass, Suetonius, in his Divine Julius, the first of his multipart Lives of the Caesars, gives us a lesson in leadership to complement Xenophon.

As a general, Caesar lived up to the example of Cyrus. Suetonius pays tribute to Caesar’s powers of endurance. He could march in glaring sun and rain alike, covering vast distances at incredible speed. He often beat his own advance messengers.  Caesar initiated battle when his enemies least expected it, immediately after a march, even in bad weather. Once, when a camp of his soldiers was under siege in Germany, Caesar snuck through the enemy lines by disguising himself as a Gaul.

As a politician, though, Caesar’s record was in Suetonius’ judgment more mixed. Caesar certainly could bewitch. He was tall and muscular, with large bright eyes, and he added to his natural handsomeness by taking particular care with his grooming. Nothing distressed him more than the premature loss of his hair, and he was thrilled when he won the right to wear a laurel crown (before, he had to rely on a comb-over). His daringly loose clothing was the talk of Rome.

Caesar also could be a good friend. When a traveling companion fell ill in a remote area, Caesar gave him the only lodging there was and himself slept outdoors on the ground. Caesar advanced those who helped him, even though they were of humble origin. If highway robbers helped to defend his honor, he once boasted, he wouldn’t have hesitated to promote them.

But for Suetonius, these virtues shade into flaws. After he became dictator, Caesar rewarded only his own minions with the most important positions of responsibility. Members of Caesar’s household, for instance, were put in charge of the mint.  Caesar also greedily accepted every honor voted by an apparently obsequious Senate. Some of these honors were traditionally reserved for gods, such as the naming of a month after him, still called July today.

But for the senators, Caesar had no respect. He did not care what they really thought. He didn’t care about them at all. Once, when they came to him to present him with yet more honors, he even refused to stand up to greet them. According to Suetonius, “it was through this action especially that he stirred up deep and deadly feelings of hatred towards himself.”

Suetonius attributes Caesar’s assassination and the dreadful civil war that it precipitated to moral failures such as a lack of justice. Historians or political scientists writing today would probably speak more naturally of Caesar’s “political errors.” In doing so, they follow the example of Machiavelli in The Prince, the most important book on leadership written in modern times, which profoundly influences how the topic is studied today.

A rereading of Greek and Roman classics presses us to think harder about what the biggest political errors really are. In truth, they often do arise from character flaws. A study of justice should be part of any leader’s curriculum, and biographies like Suetonius’ on the reading list.

Josiah Osgood is professor and chair of classics at Georgetown University and the author of many books, including Rome and the Making of a World State, 150 BCE–20 BCE. He lives in Washington, DC.