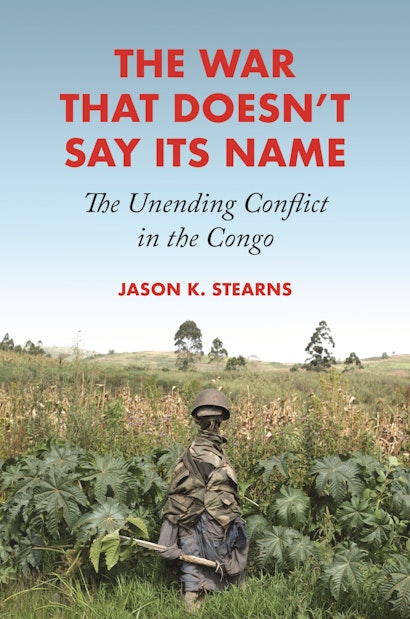 In early 2008, I set up my research base at the VIP hotel in downtown Goma, a trade hub in the eastern Congo nestled between the Nyiragongo Volcano and the shores of Lake Kivu. A peace conference was being held close by, and many of its attendees were staying at the hotel, where they also dined. After a year and a half of fighting, the Congolese government had decided to sit down with several dozen armed groups to talk peace.

Expectations ran high. While the main Congo wars, which had lasted from 1996 to 2003, had ended in a comprehensive peace deal, the fighting had escalated to the north of where we sat, displacing hundreds of thousands of people. This time, the peace brokers wanted to go further than just elite pacts and deal with the root causes of the conflict. “For the first time, the sons and daughters of North and South Kivu have come together to speak about peace, security, and development,” announced the minister of the interior in his speech. Envoys from the United States, the European Union, and the United Nations rubbed shoulders with armed group commanders, NGO workers, and civil society leaders.

The peace conference was, in many aspects, a positive and cathartic experience. It situated conflict as the historical product of local tensions over land and identity; community leaders were given space and time to express their anger and grief over decades of war, voicing emotions they had never had a chance to put into words in front of their rivals. I met a preacher and peace activist from the Banyamulenge community of South Kivu province who carried in his briefcase a fifty-page-long list—handwritten, on yellowing paper—of all the people from his community who had been killed in the previous fifteen years. “This is why our youths are fighting,” he said. Jeannot Muhima, a combatant from just outside of Goma, described to me eloquently, calmly, how his sister had been raped and his younger brother killed by an armed group. He turned his head to show a shiny scar parting his hair on the back of his head. “I barely escaped,” he said. “That is why I fight. But it is also why, more than anything, I want peace.”1

And yet, in the end, despite the best intentions of many of the participants, the Goma Peace Conference became a source of profiteering and accomplished little. Initially, six hundred people were supposed to attend, ranging from civil society leaders to customary chiefs and members of armed groups. However, attracted by per diems of $135, which were even given to people who lived nearby, attendance reportedly swelled to fifteen hundred people. “Peacemaking has become a source of business around here,” a friend, a rebel turned human rights activist, cynically remarked, watching armed group commanders walk past the lunch buffet at the VIP hotel, plates piled perilously high with food.2 In the evening, the bars and nightclubs of Goma were full of delegates to the peace conference; one establishment, having run out of Congolese beer, had to source it from neighboring Rwanda.

As in subsequent peace talks, negotiations also became a tactic, a means of maneuvering. A United Nations official shared confidential reports with me about how both the armed groups and the national government were rearming and recruiting new troops during the truce. “These guys were never serious,” she told me. “And we play along with their game.” In the end, after months of laborious negotiations, fighting erupted again to the north of Goma, pushing all the way into the outskirts of this town of several hundred thousand people.

How could it be that the violence persisted, when so many of the key actors—soldiers, civilians, diplomats, and members of civil society—wanted it to end? This is the puzzle that this book addresses. Despite billions in international aid, a national army of 130,000 pitted against ragtag rebel groups, and the largest United Nations peacekeeping operation in the world, conflict has simmered on until the present day.

These snapshots from the Goma Peace Conference offer pieces of an answer. While many suffered from the conflict, a slim class of commanders and politicians emerged for whom, plates laden high, the conflict had become a source of survival and profit. These protagonists have had little interest in bringing an end to a conflict that was peripheral for the government but for many combatants had become a livelihood. Conflict, as well as peacemaking, had become an end in itself, the fighting carried forward by its own momentum. Meanwhile, foreign donors and diplomats provided food and urgent health care for millions in need, preventing the Congolese state from collapsing, but were unable to bring about transformational change. “Too big to fail” was a quip I often heard from diplomats, riffing on the financial crisis unfolding in the United States at the time.

Congolese have developed their own, often witty ways to express this sad state of affairs. “No Nkunda No Job,” was a popular saying in Goma around this time, referring to the main rebel commander and suggesting that violence had become a source of employment for foreign aid workers and local militia. The epithet “Ebola business” surfaced in 2018, when donors pumped in a billion dollars to stem an epidemic of hemorrhagic fever in northern Congo, creating a cottage industry of Congolese security contractors—some of whom stoked violence so as to increase demand for their services—rental car dealers, and hoteliers. The eccentric Congolese pop star Koffi Olomide put it differently, alluding to the propensity to turn adversity into a source of profit, even pleasure: “Oyo eza système ya lifelo—moto ezopela kasi tozo zika te” (We live in the system of hell—everywhere the fire is raging, but we don’t get burned).

What is this système ya lifelo? How has it come about? That is the motivation for this book. Drawing on two years of field research, interviews with over three hundred people intimately involved in the conflict, and almost two decades of continuous work in the country, I try to explain why conflict in the Congo has persisted from the time of the 2002 peace deal until the time of writing in 2020, defying international and local efforts to bring about peace.

This is an excerpt from the book The War That Doesn’t Say Its Name: The Unending Conflict in the Congo by Jason K. Stearns

Jason K. Stearns is an assistant professor in the School for International Studies at Simon Fraser University and the founder and director of the Congo Research Group at New York University. He is the author of Dancing in the Glory of Monsters. He lives in Vancouver, Canada. Twitter @jasonkstearns