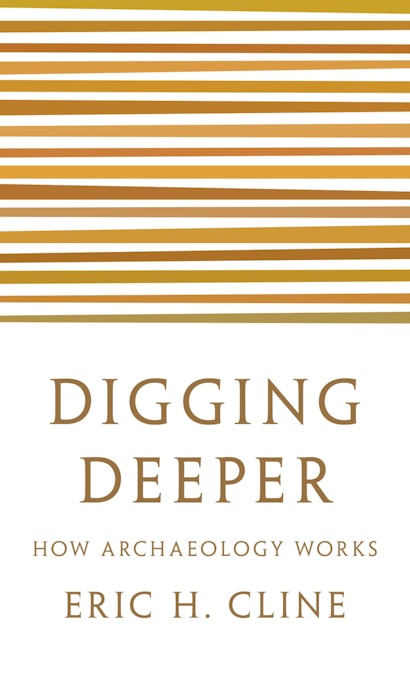 To be perfectly honest, this is the book that I wish had been available when I was just starting out in archaeology and before I went on my first dig as a sophomore in college—a book small enough that I could slip it into my back pocket and pull out whenever I had a spare moment to read a couple of pages or a whole chapter. It’s also the book that I now wish I could just hand to people who pepper me with questions at cocktail parties and dinners. Don’t get me wrong—I love those questions and answering them, but this book cuts right to the chase and answers the questions that I had back then and that others still have today. How on earth do you know where to dig? And how do you actually dig? Do you really use toothbrushes and dental tools? Is it like in the movies? And, how do you know how old the things are that you find? I get asked those questions all the time. Plus there’s the one that everyone always asks with a sly smile and a wink and a nod: do you get to keep what you find? (The answer to that one is “no.”)

So, I wrote this trying to keep jargon to a minimum and to provide direct answers to all of those questions, which so many people from age 7 to 70 want to know. It is meant for a lot of different people: members of the general public who want brief answers to their questions or to show off later to their friends; people who are about to go on their first excavation; excavation directors who want to recommend something useful to their first-time team members, before they show up at the dig; students in introductory archaeology courses, as a supplement to longer textbooks or as a stand-alone book; and, last but not least, my fellow archaeologists who are also frequently asked these questions and want some clues or ideas about how to answer.

I have included in the book a number of examples based on the work of my fellow archaeologists, like the account of Ötzi the Iceman, but I also have drawn in particular from my own fieldwork, ranging from Crete to Cyprus to California. In some cases, my experiences can be held up as an example of what not to do on a survey or an excavation. There was the time I fell down a small cliff while surveying in Greece, and my intriguing discovery, on my first dig in Israel, of what I thought was a petrified monkey’s paw, but which turned out to be a Hellenistic bronze furniture piece in the shape of the Greek god Pan (the one with horns on his head who goes around playing on the double pipes). This means that my discussions are occasionally very location specific. For instance, we regularly use pickaxes to dig in the Middle East, whereas they are almost never used at digs on the East Coast of the United States, and so I have noted when the tasks that I am describing might require different techniques in other parts of the world. In addition, I have included some of the newest advances in science and in scientific techniques that are now enabling us to tell far more about ancient humans, their environment, and how they lived and died than ever before.

For example, archaeologists have recently added LiDAR to their toolkit, using remote sensing in places like Central America or Southeast Asia. It can penetrate the trees in a jungle or rain forest, by firing lasers at the ground, and provide images of lost temples, buildings, and even cities that are completely overgrown and almost inaccessible now. That’s how the Maya city of Caracol in Belize was discovered in 2010. They are now also using drones, both to find and document sites and to detect looting. From drones it is possible to take either low- or high-level photos of a region, sometimes sending the results directly to a computer for future manipulation and analysis.

It is truly an exciting time to be an archaeologist. I sincerely hope that this book is of use to a lot of people, especially to those of you who are about to go on your first excavation, as well as to those who have not yet had the opportunity to do so. Happy digging and may you make many fabulous discoveries!