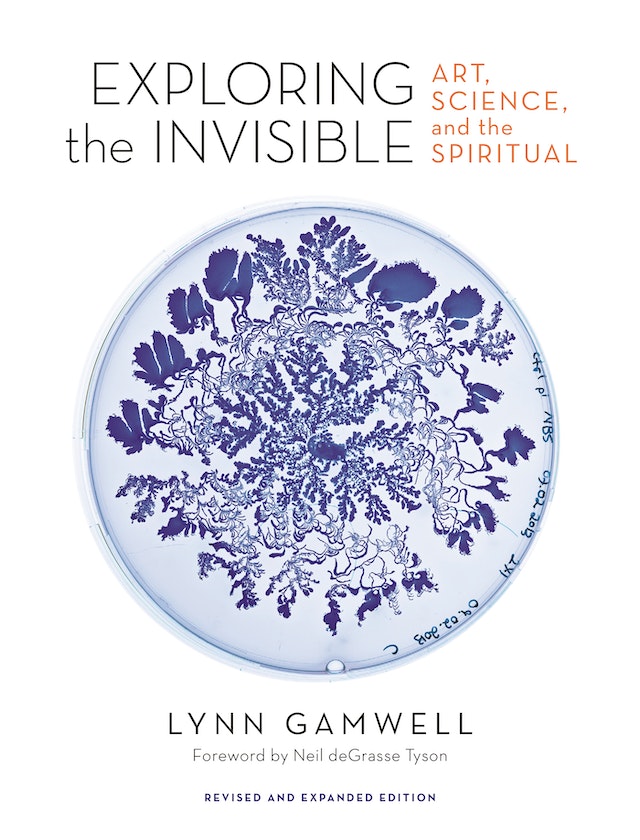 Exploring the Invisible
Available in Hardcover
Buy This 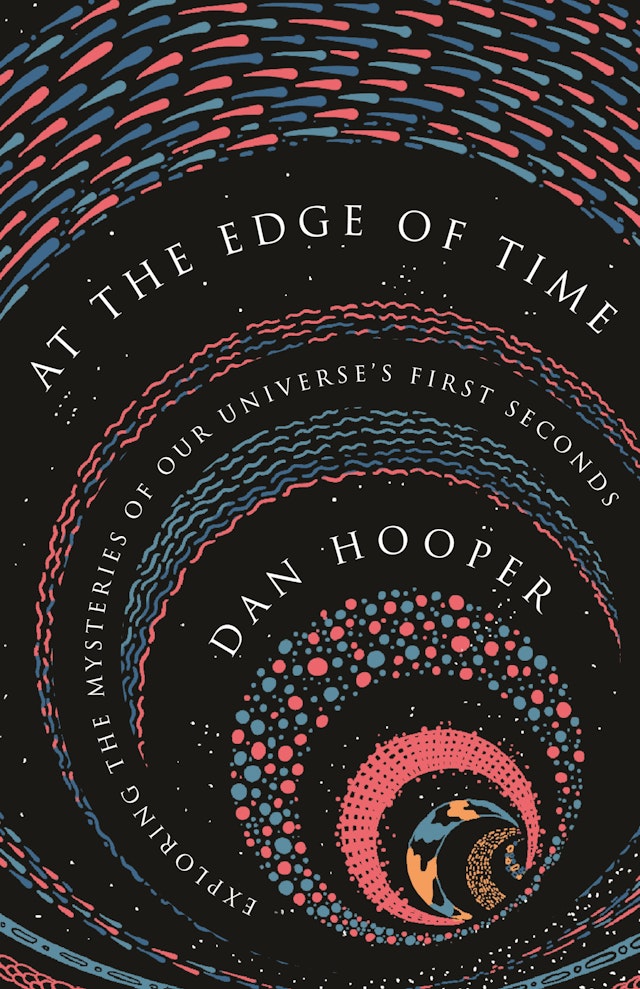 At the Edge of Time
Available in 3 editions
Buy This 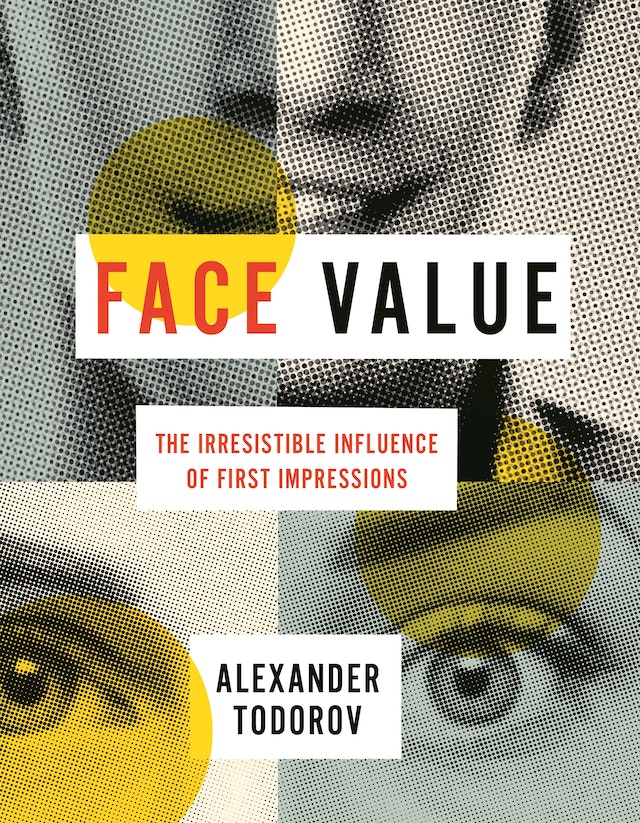 Human beings are naturally visual creatures. Our eyes, capable of counting single photons, have been optimized over evolutionary time to the very limits of the laws of physics. And so, perhaps it’s no surprise that we live in an era in which the visible competes for our attention ever more forcefully. Our eyes and minds are bombarded by information, much of which we don’t have time to process, let alone fully understand. Insidiously, a certain proportion is even designed to distract us or prevent us from gaining insight and revealing truth. On social media, on TV – our eyes follow the brightly lit people of our era to the point of our own exhaustion. Being seen is a measure of import, of relevance. Being visible is a need, and simultaneously a cause of anxiety or fear. Some of us may even begin to wonder: if we are not visible, do we fully exist? Even as we feel overloaded and overwhelmed with the visible, many of us can’t seem to take back control and look away. Look away – at what?

Yet, an invisible world surrounds and inhabits us. From the quantum level to the cosmic expanse, the majority of the physical universe is not visible to us most of the time. Of the true three-dimensional depth and volume of space, we detect merely a hint when we look up at the seemingly two-dimensional dome above us. Of the miniscule multitudes, the microbial world living around and within us, we sense only the tip of the proverbial iceberg. Most of us give little thought to the mysterious and non-intuitive quantum underpinnings of the world, given that our daily experiences are predominantly at the macroscopic scale. But, by training our eyes and minds to seek out the invisible, we can change our understanding of reality. Encounters with the invisible show us just how unnatural it actually is to take the measure of the physical world, of others, and ourselves, just in terms of what can be plainly seen.

Perhaps a little more background about myself might help to explain my interest in (and the current rumination on) the presence and the power of the invisible. When I was a student, I was initially much more familiar with principles and themes of literature and poetry than I was with those of physics and astronomy. One of the reasons that I felt particularly drawn to English literature is that it is filled with descriptions of dynamic processes of human psychological evolution – inner processes which are often purposefully hidden from view and thus go largely unnoticed by all but the most sensitively trained eyes of another. Such nearly inscrutable phenomena – a tremor that makes it difficult to sip one’s drink, a slight rush to the rhythm of speech, a compulsion to look down rather than into the gaze of another – signaled some deeper evolution of thought, feeling, and behavior at work.  For one individual to see, take the measure of, analyze and comprehend the reasons behind subtle changes in another individual’s behavior meant that a moment of intellectual, empathetic communion between two bodies had taken place. As one individual may hide his or her internal dynamic processes from view, another individual may train him or herself to observe more closely and understand. The beauty of these sorts of encounters of heightened sensitivity, interest, potential connection and understanding still has great appeal to me – a feeling I’m sure I share with many.

A revelation for me, when I made my first forays into scientific publishing now over 15 years ago, was that the physical sciences similarly focus on training the eye to detect and investigate seemingly inscrutable phenomena, and challenging the mind to reveal the deep and dynamic processes that can explain observations. The light of a distant star periodically dims ever so slightly. The universe rushes ever faster outwards. Why? The phenomena of the natural world can be subtle and strange – and unless we make a point to look ever more keenly and with interest, in a quest to understand the dimly lit, the unknown, the outright invisible, we will only ever grow increasingly disconnected from the world – from others, ourselves, and the true nature of reality.

The history of science, as part of the broader history of knowledge, is a long narrative of communion between humankind and the natural world. This communion, and the advancement of knowledge that comes out of this search for understanding and connection, can only occur if one turns away from the brightly lit and retrains one’s eyes and mind to peer into the darkness. There is enormous value in doing so – not only in exploring the invisible world, but exploring the invisible aspects of one’s own self.

Humans are miniscule and insignificant in context of the vast scale of the universe. Yet, one of the beauties of the universe is that, with our tiny eyes and brains, made from the dust of stars, we can come to know the physical world we inhabit and our place in the universe. We can find knowledge, meaning, enlightenment, even in obscurity. As a publisher, I am perhaps doubly invisible (and this is not to say that I am not invisible on many additional levels!). The role of a publisher is one that is imperceptible to many. Yet, it is the very nature of the role that demands it be so.

As a publisher, I strongly believe that it is a worthy quest for humankind to see and understand itself; and one of the essential ways of pursuing this aim is to encourage authors to record and share their knowledge and insight with others – through books, as an example of just one medium. It is also part of a publisher’s role to help authors and their works gain a spotlight, to compete effectively for the attention of readers. Yet, while publishers seek to help authors’ ideas become more visible, our work is often best done in the shadows, off-stage. But, invisible or not, our role is an indelible one – essential to making authors’ words, insights, and knowledge visible to others. As the reader might imagine from my defense of invisibility above, I relish the subtlety of that role, of having an influence on making knowledge accessible to others while working outside the sphere of the brightly lit. I also love to seek out and find invisible readers, bringing ideas to those who may not immediately self-identify as readers of science – the people whose interest in science may seem invisible, but really is just undiscovered. People much like myself at one time.

As I write this, it is a little after 4 pm in England. Here in the Northern Hemisphere, as we lean away from our nearest star, we try to enlighten our surroundings with sparkling strings of lights. Just as we have made it a habit at the turn of each year to scatter strands of brightness into the darkness surrounding us, my hope is that those of us who are engaged in the world of ideas – authors, publishers, and the media – can continue to do the same with books. They are like countless bright galaxies of insight interconnected by filaments of enlightenment, comprising a great web of human knowledge about the cosmos.

To find knowledge, we must peer into the darkness. To share knowledge, especially with those who may need it most, we must reach out to find new readers – individuals beyond the fringes of our view, readers we may never have seen or acknowledged before. As authors, publishers, readers, we must train ourselves to oscillate mindfully between the visible and invisible, in order to engage with the world fully and to have any hope of influencing it.

And so, if you have perhaps read this piece online, my deepest gratitude for your attention, the visibility you have given me for a short while… But now, I hope that you will look away. Free your eyes and thoughts to attend to words and ideas you have perhaps never encountered before. Look away – at a book, perhaps on a subject you have never considered reading before. Open and reopen your eyes to the beauty of the invisible world around you. When your eyes adjust to the darkness, you will find millions, billions, trillions of points of light awaiting your discovery.

Ingrid Gnerlich is Publisher for the Sciences at Princeton University Press.