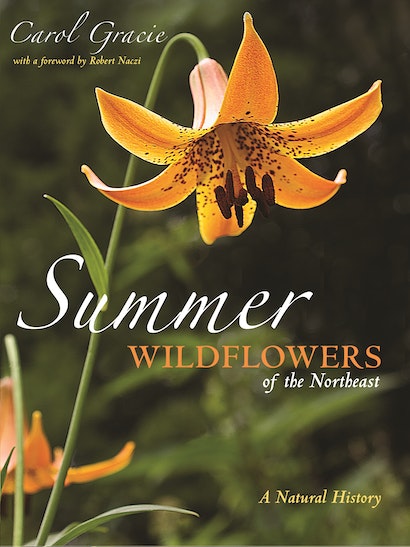 Summer Wildflowers of the Northeast
Available in 2 editions
Buy This 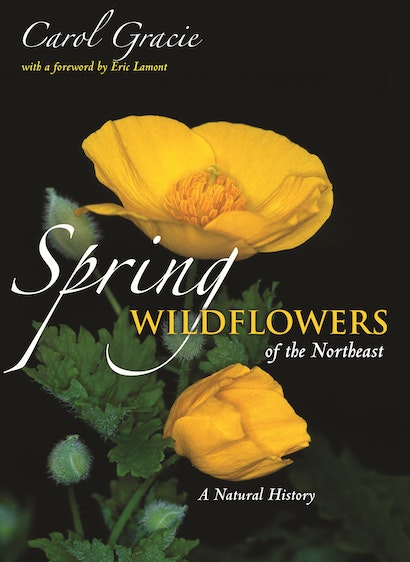 Spring Wildflowers of the Northeast
Available in 2 editions
Buy This

Although every plant species known to science has an official scientific name, it is their common names that most people use when speaking of local wildflowers. Many of these names are descriptive of some feature of the plant, indicative of the plant’s habitat or geographic locality, or perhaps tell something about the plant’s use by humans or its association with a particular person. Such links between plants and their common names help people to remember the plants’ names. The same may be said of scientific names, but many people are intimidated by Latin names if they are not familiar with their meanings.

We’ll look at a number of wildflowers native or naturalized (growing in uncultivated areas) in the northeastern United States to see why they were given their common names.

Our native cranberry was named for both its flower and its fruit. The flowers face downward on their curved stalks with their protruding yellow anthers forming a narrow, pointed, triangular shape. The pinkish-white petals of the flower curve strongly back toward the stalk giving the flower the appearance of the head of a crane with a pointed yellow bill that arises from a long, curved neck. The “berry” part of the name describes the type of fruit that develops from the flower’s ovary.

Aster (several genera are known by the common name “aster”)

The many petal-like ray flowers of an aster head cause the flower heads to resemble stars, and indeed, the name “aster” is derived from the Greek word for star. A Greek myth ascribes the origin of asters to the tears of Asterea, the Greek goddess of the starry sky, who after witnessing a great flood that killed all but two people, wept in grief. It was Asterea’s tears, falling as stardust that, upon striking the earth, caused aster flowers to grow.

Related neither to blackberries or lilies, this naturalized Asian wildflower is named for the appearance of its fruits, which collectively resemble a ripe blackberry, and its orange lily-like flowers. It is actually in the iris family.

Bloodroot is technically a misnomer, but understandably so. The “root” referred to in this name is actually an underground stem (a rhizome) that is full of a bright red sap resembling blood in color. In fact, all parts of the plant, except the flower, carry this red sap, which once was used by Native Americans as a dye and for medicinal purposes. One needn’t pull up the plant to see the sap. Nicking a leaf vein with a fingernail will cause the leaf to “bleed.”

Once one sees the old-fashioned pantaloon-shaped flowers of this plant hanging upside down along a pink stalk, the reason behind the name is unmistakable. They truly resemble the wide-legged pants once worn by men in the Netherlands.

One look at this plant immediately brings to mind the white clay pipes used by Native Americans when the colonists first arrived in North America. Indian pipe arises from the ground on a white, fleshy stalk topped by a waxy, white flower that curves downward like the bowl of a pipe. Because it has no green color, Indian pipe cannot photosynthesize and must obtain all of its nutrients through an association with a fungus.

There are several aspects of jewelweed that may be responsible for its name. Some feel that the dangling, cornucopia-shaped orange flowers resemble ladies’ earrings; others attribute the name to the beautiful turquoise blue of its seeds; and still others cite the property of the undersurface of its leaves, which when held under water gleams like silver. All contribute to its jewel-like beauty.

Jimsonweed is actually a corruption of Jamestown-weed. It is a plant that was responsible for the accidental poisoning of British soldiers during the Bacon Rebellion of 1676 in Jamestown, VA. The soldiers gathered the wild jimsonweed leaves to add to their stew and suffered severe mental problems for a period of 10 days due to the hallucinogenic properties of the plant

Lady-slippers are among our favorite and most beautiful orchids. They are named for the shape of their flower, which has an enlarged petal called the lip that is bottommost on the flower with an opening that makes one think of a slipper.

In early spring many swamps are colored with the large, bright green leaves of skunk cabbage. The leaves do much resemble a tightly wrapped head of cabbage, but the skunk part of its name is more easily understood; the plant does have a most unpleasant smell if trod upon – not really as powerful as that of a skunk, but strong enough to deter you from taking a second whiff—and to serve as a reminder of its name.

A close relative of Dutchmen’s breeches, squirrel corn has flowers that are more heart-shaped than pantaloon-like. It is the underground storage organs (bulblets) that give this plant its common name. Though not often seen, the bulblets are similar in size and color to kernels of corn and are just beneath the soil’s surface; heavy rains may cause the soil to erode, thus exposing them.

As you can see, the reasons behind a plant’s common name vary, with some based on the appearance of the plant that are blatantly apparent (e.g., Dutchmen’s breeches and Indian pipe) while others require a knowledge of history (jimsonweed), or closer inspection of the whole plant (e.g., bloodroot and squirrel corn). However, once the association is made, it is hard to forget the plant’s name. Spring Wildflowers of the Northeast is an opportunity for flower lovers to enhance their appreciation of the beauty of these wildflowers by learning not just their names or how many petals they have, but what pollinates them, how their seeds are dispersed, how they interact with other plants and animals, how Native Americans and other people have used them, and other interesting facts. Happy spring!

Carol Gracie is a naturalist, photographer, writer, and lecturer who has a special interest in plants and insects. She is the author of Summer Wildflowers of the Northeast: A Natural History (Princeton) and a coauthor of Wildflowers in the Field and Forest: A Field Guide to the Northeastern United States. She has also coauthored books on plants of tropical South America. Now retired, she worked for many years as an educator, research assistant, and tour leader at the New York Botanical Garden. Her work on tropical plant collecting expeditions has resulted in several new species being named for her.