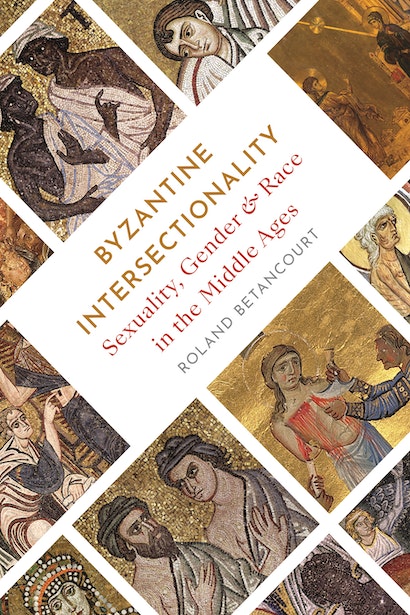 We are pleased to introduce the fifth episode of the Princeton University Press Ideas Podcast, an interview with Roland Betancourt, the author of Byzantine Intersectionality.

While the term “intersectionality” was coined in 1989, the existence of marginalized identities extends back over millennia. Byzantine Intersectionality reveals the fascinating, little-examined conversations in medieval thought and visual culture around matters of sexual and reproductive consent, bullying and slut-shaming, homosocial and homoerotic relationships, trans and nonbinary gender identities, and the depiction of racialized minorities. Roland Betancourt explores these issues in the context of the Byzantine Empire, using sources from late antiquity and early Christianity up to the early modern period. Highlighting nuanced and strikingly modern approaches by medieval writers, philosophers, theologians, and doctors, Betancourt offers a new history of gender, sexuality, and race.

Roland Betancourt is professor of art history and chancellor’s fellow at the University of California, Irvine. He is the author of Sight, Touch, and Imagination in Byzantium.