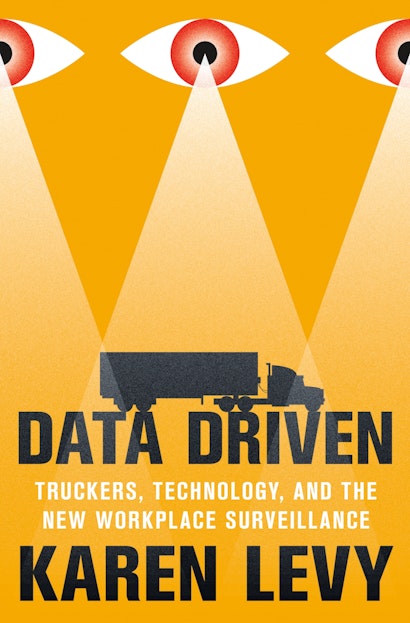 I am delighted to announce Office Hours, a new Ideas feature that we will share ﻿every other month. I spend quite a bit of time talking to authors about recent research—and eventually, we share the end result with you, in the form of a book. But I am also incredibly fortunate to spend quite a bit of time talking to authors about all sorts of other things: books they are reading, their careers, the field more generally. These conversations are entertaining, enlightening, and certainly some of the best parts of my work. With Office Hours, I hope to share some of that insight and inspiration with all of you. First up, is Karen Levy, author of the forthcoming Data Driven: Truckers, Technology, and the New Workplace Surveillance.

KL: I just finished When We Cease to Understand the World by Benjamín Labatut, which was unlike anything I’d read before. It’s a fascinating book about the lives and careers of famous scientists and mathematicians, and is a mix between fiction and non-fiction—so you don’t really know if what you’re reading is true, which kind of symbolizes the inherent uncertainty of science. I’ve also recently been reading The Scientist and the Spy by Mara Hvistendahl, a super interesting read about agricultural espionage—how the FBI has investigated Chinese scientists suspected of stealing trade secrets from big agricultural companies. It reads like a spy thriller, but about corn.

KL: It’s almost certainly The Shabbat Elevator and Other Sabbath Subterfuges, by the anthropologist Alan Dundes. I don’t remember how I came upon it initially, but I love it. It’s this great exploration of different strategies and technologies that Orthodox Jews have used to avoid breaking prohibitions on various activities on the Sabbath—like unscrewing the lightbulb in the fridge to avoid turning on a light, or carrying something in an unusual way, like in one’s mouth, which can be considered to circumvent doing the prohibited “work” of carrying something in one’s hands. It’s beautifully written and gets into the relationship between technology and rules, and the letter versus the spirit of the law, and other issues that I think about a lot in my research. But I think what I like most about it is how Dundes describes these (admittedly very unusual) practices without ever seeming to ridicule them or to treat them as some kind of novelty. That has really stuck with me: that in writing about people who are different from ourselves, we have to do it in a way that regards the dignity of their life experiences, and that it’s possible to do this in an engaging way without sacrificing the rigor of our analysis—if anything, it’s impossible to do really sound work if we’re approaching our research subjects with any sense of superiority.

ML: What is your favorite book to teach?

KL: I love teaching Dan Bouk’s How Our Days Became Numbered, which is about how life insurers thought about pricing in the decades after the Civil War. It’s really fun to teach, because (and I hope Dan will forgive me for saying this) “1870s life insurance” may not sound especially juicy to a college student—but in fact, the book does a fantastic job showing how developing these seemingly mundane actuarial systems involved having to think very, very deeply about how we value life, and what risk is, and how much we can (and should) predict about the future based on statistics about the past. It’s especially great for students who are studying AI and algorithmic systems, because so many of the seemingly novel questions that come up about fairness and bias in these systems in fact have these profoundly deep roots.

KL: My favorite moments are those breakthrough moments that, invariably for me, come in the middle of the night—when you’re despairing over how to describe something, or how to interpret a particular piece of data, or how to frame a research question, and you’re just making absolutely no progress and regretting your very existence, and then at 2 a.m. your brain comes a-knocking and presents the answer to you, and you try to write it all down in a frenzy because it’s suddenly so clear. (Probably fifty percent of the time when I re-read my notes in the morning, they’re utter gibberish, but at least the other half of the time there’s some actual insight there.) I always fear that these moments will never happen again, but they always do! As they say—trust the process.

KL: There’s this really great line from the sociologist Harvey Molotch: “Unless sociologists really do lead rich lives, engage the world, or at least read widely, their research and writing are emaciated.” I love this so much that I put it on the syllabus for the grad seminar I teach. For me, it’s the idea that one really has to have a sense of wonder about the world in order to be good at studying it, and often I think people tend to lose that sense of wonder as they move through their careers. There’s no shortage of fascinating phenomena out there to learn about—and the best way to learn about the world is to be part of it. For me, finding ways to feel connected to that amazing feeling of learning something new, and then getting to share that with others, is what makes this job such a privilege.

ML: What makes you feel hopeful about the future of sociology?

KL: One thing that makes me very hopeful is seeing sociological thinking embraced by technical disciplines. I work in an interdisciplinary department, and many of my students are computer scientists who will eventually go on to work in the tech industry. There’s kind of a stereotype that computer science is a really asociological discipline, and that people in tech view the world through an engineering lens without any regard for social life—but my own experience doesn’t bear this out at all. The students I meet are so eager to reflect deeply about the normative stakes of what they’re doing and to integrate social scientific knowledge into their worldviews. I’m not under any illusions that this is in itself sufficient to reform the ills of Big Tech, but I do think it’s one good place to start.

Karen Levy is a faculty member in the Department of Information Science at Cornell University and associated faculty at Cornell Law School. She is a New America Fellow.