The first book surveying the history and ideas behind reverse mathematics 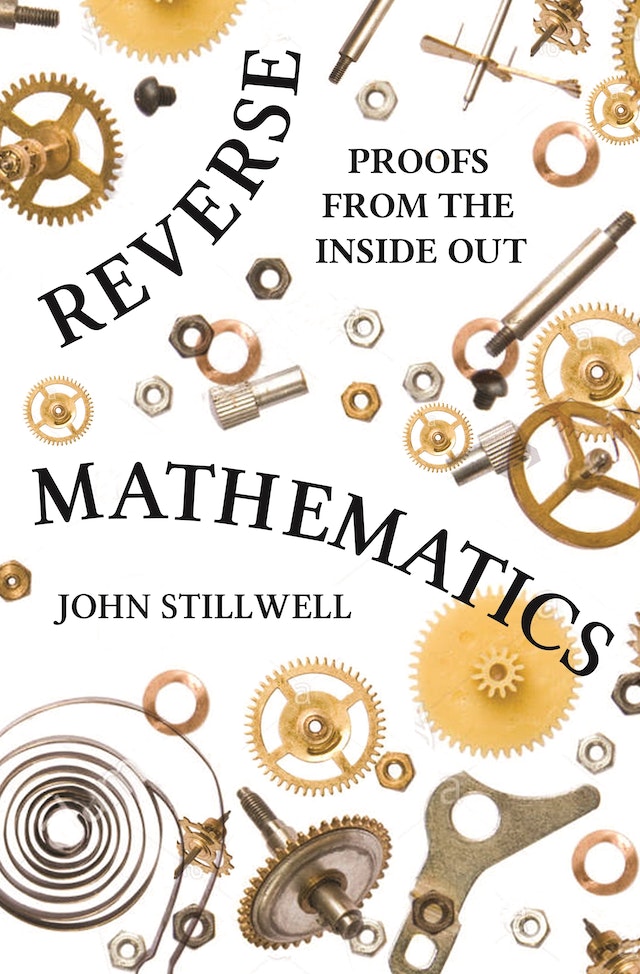 Reverse mathematics is a new field that seeks to find the axioms needed to prove given theorems. In Reverse Mathematics, John Stillwell offers a historical and representative view, emphasizing basic analysis and giving a novel approach to logic. By using a minimum of mathematical logic in a well-motivated way, Reverse Mathematics will engage advanced undergraduates and all mathematicians interested in the foundations of mathematics.

John Stillwell is professor of mathematics at the University of San Francisco and an affiliate of the School of Mathematical Sciences at Monash University, Australia. His many books include Mathematics and Its History and Elements of Mathematics (Princeton).

"The field has been due for a general treatment accessible to undergraduates and to mathematicians in other areas. . . . With Reverse Mathematics, John Stillwell provides exactly that kind of introduction."—Carl Mummert, Notices of the American Mathematical Society

"Stillwell carefully situates the field in the broader context of the history of mathematics and its foundations, and does a fine job of making the whole endeavor accessible to a general mathematical audience."—Jeremy Avigad, Carnegie Mellon University

"Filling an important niche, this book gives readers a good picture of the basics of reverse mathematics while suggesting several directions for further reading and study."—Denis Hirschfeldt, University of Chicago