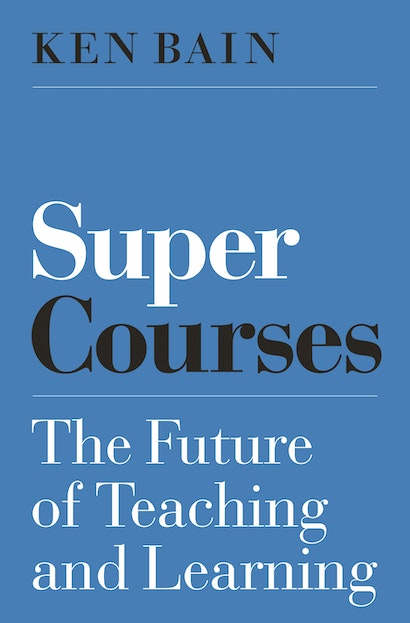 One day in 1999 some children playing in the streets of Kalkaji, New Delhi, found a computer fixed in a wall that separated their poor neighborhood from a rich office district. It might have been a strange sight for these young residents of such disadvantaged circumstances, but within hours they had mastered some basic workings of the device and had begun surfing the web.1 The man who put the machine in the crevice, education engineer Sugata Mitra, later told the world in a series of web articles and TED talks, “within six months the children of the neighborhood had learned all the mouse operations, could open and close programs, and were going online to download games, music and videos.” When Mitra discovered that the kids had taught themselves how to work the magic box, he saw it as proof of his favorite educational theory: If you let children follow their own curiosity, they will learn by tinkering about, discovering something new, and teaching each other.

Mitra called this process “Minimally Invasive Education,” and after he showed his “Hole in the Wall” experiment before television cameras in 2007 and again in 2010 and 2013, more than seven million people eventually downloaded and watched the excited Indian professor bubble with enthusiasm. Mitra told stories of Tamil-speaking and poverty-stricken children learning English and the biochemistry of DNA replication in a matter of months. While they played with a computer he had placed under a tree, a twenty-two-year-old woman looked over their shoulders and occasionally vocalized little signs of encouragement: “Well, wow, how did you do that?” (in the fashion of a doting “grandmother,” as Mitra put it). Without conventional teachers, these poor children with so few worldly advantages had outperformed rich kids in a traditional school.

When the effervescent researcher spoke about his experiment on a TED talk, his live audience gasped, laughed, and applauded, and around the world, internet viewers contemplated the wonders of letting children follow their own curiosity and the alleged fascination of computers. One of those viewers in faraway northern Mexico taught in a conventional school located next to a foul-smelling garbage dump in Matamoros, Tamaulipas, just south of Brownsville, Texas.

Sergio Juárez Correa, a thirty-one-year-old teacher who had grown up in similar circumstances, stumbled onto Mitra’s videos one day, and they changed his life. How they did so, however, has been seriously misunderstood, even by the Wired magazine editors and writer who made Correa and his students somewhat famous. Indeed, as we will see, many people have misunderstood what took place with both Mitra and Correa and the role that computers did and did not play in teaching and learning. In the process these commentators have created a serious misunderstanding about the nature of our emerging Super Courses.

In a story that has become part of the lore of the computer industry’s promise to the world, Correa decided to do his own version of Mitra’s experiment. It would be quite a challenge. But for one twelve-year-old girl it would reveal the “extraordinary abilities” of a budding genius. Paloma Noyola Bueno, a thin young girl with long black hair, lived in a world where a foul smell “drifts through the cement-walled classroom,” a world where her father scavenged for little pieces of scraps he might sell to eke out the barest of existences, and where cement and wood “homes had intermittent electricity, few computers, limited Internet, and sometimes not enough to eat.” On their daily trek to school, Paloma and her classmates would walk along beside a sewage-filled ditch and sometimes find dead bodies on the streets, victims of a drug war shootout the night before.2 They didn’t have a generous and inventive benefactor like Mitra to set up a magic box for them.

In the fall of 2011, on the first day of class, Correa put his students in a circle, sat down with them, and told them they had as much potential as anyone. He invited them into a world where they could “build robots and airplanes” and “write symphonies.” The young educator then asked that powerful question, “So, what do you want to learn?” That was a radical change. No more would he follow some fixed curriculum handed down from on high. Those traditional lessons often wore the tattered clothes of their nineteenth- and twentieth-century origins, and Correa would have no more of it. From now on he would simply follow the whims and inquisitiveness of the kids in his class. Or so it seemed.

The results were astounding. In June 2012, when his students took the national standardized exams that Mexico uses to find out how schools and children are doing, Paloma made the highest math score in the country, even better than rich kids in major cities who attended posh private schools. Some of her classmates did almost as well. Ten placed in the 99.99th percentile in math, and three did so in Spanish. In the weeks to come, television and newspaper reporters showered Paloma with attention.

A popular TV show sent a variety of gifts, and even a year later, Wired, the industry-favored magazine that celebrates technological advances, called her “the next Steve Jobs” and put a somber-looking picture of the young girl on its cover. Since Jobs made no major contributions to mathematics, it wasn’t at all clear why the magazine didn’t label her the next Albert Einstein, or, better yet, the next, Emmy Noether. But the comparison with the Apple founder fit the narrative that Wired seemed to push: it’s the high-speed processors that made the difference.

It’s easy to read these stories and agree with that assessment. Sugata Mitra even fell into that trap and once proclaimed, “If you put a computer in front of children and remove all other adult restrictions, they will self-organize around it, like bees around a flower.”3 He should have known better, and we suspect he did. After all, the South Asian scholar was not the first person to pin his hopes on our machines. But the general move in that direction has not always gone well. The Wired article by Joshua Davis that made Paloma something of an international celebrity got much of the story right, but it littered its tale with too much unrelated noise about computers and technological progress, rather than focusing on the news about changes in the way we understand and foster learning.

Ken Bain is an award-winning teacher and the bestselling author of What the Best College Teachers Do and What the Best College Students Do. He taught as a history professor for many years, founded teaching centers at Northwestern, New York, and Vanderbilt universities, and is the president of the Best Teachers Institute. He lives in South Orange, New Jersey. Twitter @KenBain1

1. Sugata Mitra, “The Hole in the Wall Project and the Power of Self-Organized Learning,” Edutopia, accessed February 14, 2018, https://www.edutopia.org/blog/self-organized-learning-sugata-mitra.

3. Davis, “Radical Way of Unleashing a Generation of Geniuses.”