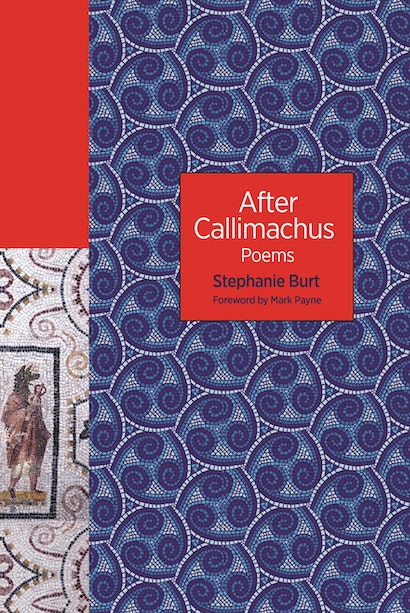 So reactionaries and radicals complain
that I have no proprietary mission,
no project that’s all mine;
instead, I am like a child flipping Pogs
or building in Minecraft, although I’m past forty.
To them I say: keep rolling logs
for one another, but don’t waste my time
on your ambition:
marathon runners and shock jocks gain
by going as far as they can, but the sublime,
the useful, and the beautiful in poetry
are all inversely correlated
with size. Shorter means sweeter. I’ll be fine.
When first I rated
myself as a writer of some sort,
wolf-­killing, light-­bearing Apollo came to me
as a ferret. Stay off crowded trains, he said; never resort
to volume where contrast will do. Imitate
Satie, or Young Marble Giants. The remedy for anomie
lies in between the wing slips of the cicada.
If I can’t be weightless, or glide among twigs, or sate
myself on dew, then let
my verses live that way,
since I feel mired in age, and worse for wear.
It might even be that when the Muses visit
a girl, or a schoolboy, they intend to stay,
or else to come back, even after the poet goes gray.

This is a story with a happy ending.
If you met Aaron early enough in his life
you might have wondered who taught him the arts
of conversation, he who could put anyone,
adult or child or
in between, at ease,
yet got tongue-­tied when he brought up Cydippe,
he who wanted nothing more than to see her,
in fact, to spend the rest of his life beside her,
so that the world would see him as her husband.
They had a lot in common. The two of them met
at Delos, at the big sacrifice; he came
all the way from Iulis. They would talk
about how both of their mothers were engineers,
how both had family in the islands,
about the races outdoors, about where to stand
to avoid the crowds at the temple.
But already other sons’ mothers regarded her
as the prize, bringing bride-­gifts, bringing whole oxen,
although, in her own eyes, she was far too young.
Nobody else stood out in the morning dances;
nobody else reminded
so many observers of the rose-­gold dawn.
He stood out too, but frankly
it made him uncomfortable.
More than uncomfortable. You might have heard
he spelled his name differently then. People singled him out
in school, and at parties, back home. He liked the attention,
but only at first. He got really into archery,
and all of us thought he just liked spending time in the sun.
In fact he was praying
to Artemis, to the thin moon
he observed after dawn, and right before sundown:
praying she might see him,
that Cydippe might see him, the way
he so badly wanted to be seen.
That the proverbial archer might strike her too—­
not Artemis nor Apollo: the other one. That it might hurt
just a little. That they could talk about his prayers.
And that’s just what happened. “I think you’re brave,” she said.
“I don’t think you deserve to be afraid.”
Bad news: by then her mother had arranged,
of course,
for Cydippe to marry someone else.
Good news: our heroes got to spend
the night together first, because the cult
of Hera insists—­
I’m going to get in trouble, serious trouble,
if I go into detail here. Just know
that families in Hera’s cult insist
on this kind of bridal evening. For the education
of daughters, who will then make better wives.
Next morning the families led
two oxen to the pool where they would see
the point of the blade that would tear their hearts out that night.
That’s part of the Hera cult too. But that afternoon
Cydippe had a fit. A literal fit,
the kind that makes people behave like wild goats,
flailing and barking. They thought she was going to die,
and canceled the ritual. And then she got better.
And then the ceremony was back on,
at which point she came down with a boiling fever,
which lasted seven months. As if she had worked for it.
And then she could breathe again, so they set the wedding
for a third date, and then she came down with a chill,
more than a chill: a frost fever, so her very lips
and eyes seemed to congeal, as if she could not
remain for long in this cold world …
At this point Cydippe’s father knew enough
to pray to Apollo, who came to him that night.
“My sister will not permit this marriage,” said the god.
“She was right there in her shrine, though you did not see,
at the festival in Delos,
when your child swore that Aaron, and nobody else,
would be her husband. Yes, her husband.
And now, if you care for your daughter, you’ll listen to me.
For one thing, she swore an oath, and she’s bound to keep it,
and my sister agrees.” The god
reached over his shoulder, grasping
one of his sun-­bright arrows. Artemis, too,
can shoot such radiant arrows with perfect aim,
though hers look more like moonlight. “For another,”
the sun god went on, “if you let her marry Aaron,
you will not blend lead with silver,
but rather mix your silver with his gold.
You know your own stock. He comes from mountain climbers,
and from wind tamers; his family taught
their island to catch quail in wind-­borne nets.”
So Aaron came back to Naxos, and the girls
whom Artemis befriended said their hymns,
including the marriage hymn, over both of them,
and Aaron, for all you love to hunt and sprint
and shoot, I know you would not
have traded that night for anything: neither the sandals
of Aphra, so fast
she covered a whole field of wheat
by running across the crests of the wheat-­ears,
nor everything Midas owned.
For people are not possessions.
Lovers are not possessions,
neither each other’s, nor their families’. If
you have known love you should know that,
especially if you serve Artemis, whose brother
told the truth. Cydippe’s family
still lives, with many children, up at Iulis;
their story came down to us in Zeno’s collection,
the one with the islands’ tales.

That island feast
was more than a feast; there Kyra and Kassandra
met us, and there was golden-­broiled giant bream with coriander,
pounded with a mallet until tender,
green olives and capers and garlic and tiny lemons,
and while I felt like a sleek finch on a sleek perch
while taking part in that repast,
afterwards I just wanted to take a nap;
so we did, together,
and when we woke it was dark, the moon scattered
her glitter all over the brine, and we were already
entangled in each other, or rather
in one another,
and so we decided to stay that way (letting Kassandra
take down her soft and complicated hair,
and letting comfort alter
our positions as we chose, neither seeking
nor finding much sleep),
and we stayed that way till the sun came up
in the East.