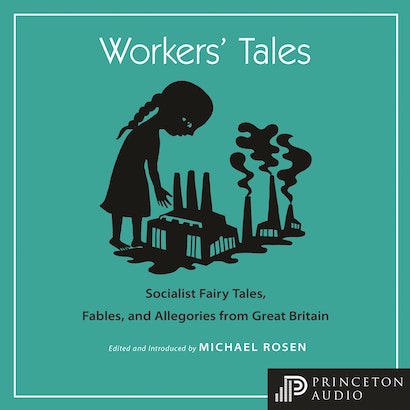 Throughout, the tales in this collection exemplify themes and ideas related to work and the class system, sometimes in wish-fulfilling ways. In “Tom Hickathrift,” a little, poor person gets the better of a gigantic, wealthy one. In “The Man Without a Heart,” a man learns about the value of basic labor after testing out more privileged lives. And in “The Political Economist and the Flowers,” two contrasting gardeners highlight the cold heart of Darwinian competition. Rosen’s informative introduction describes how such tales advocated for contemporary progressive causes and countered the dominant celebration of Britain’s imperial values.

Provocative and enlightening, Workers’ Tales presents voices of resistance that are more relevant than ever before.

Michael Rosen is professor of children’s literature at Goldsmiths, University of London. The author of more than 140 children’s books, he is also known for his work as a broadcaster, political columnist, and scriptwriter, and was Children’s Laureate from 2007 to 2009. His many books for adults include So They Call You Pisher!, Alphabetical, and The Disappearance of Émile Zola. He lives in London.

"As plain-language, kid-friendly introductions to socialist politics, [the Workers’ Tales stories] are at once intriguing historical artifacts and, in a few cases, striking allegories that remain pertinent now, even on the other side of the Atlantic."—J.C. Pan, The Atlantic

"A thought-provoking anthology. . . . These tales . . . are fascinating to read, both to see how they fit into the fairy tale genre and to see which messages still ring true today."—Catherine Ramsdell, PopMatters

"[Workers’ Tales] entries remain powerful in their ethical simplicity—conveying with force the moral urgency of the socialist critique and its continued relevance to the problem of societies that remain systemically unequal."—Luke Savage, Jacobin

"Throughout, the tales in this collection exemplify themes and ideas related to work and the class system. . . . [A] beautiful volume."—Arab News

"[A] timely yet time-honored evocation of the enduring issues of inequality, injustice, and exploitation."—Simon Poole, Journal of Folklore Research

"[T]his book will make you think, and it will make you want to share it with your friends so you can discuss it."—Tahlia Merrill Kirk, Once Upon a Blog

“This is a wonderful and wonder-filled collection, which testifies not only to the breadth of the human imagination but also to the enduring importance of my favourite virtue, hope. There couldn’t be a better time to bring these stories back into print. We need them more than ever.”—Philip Pullman

“This is a valuable collection of fairy tales, fables, and allegories published in Britain’s socialist press during its turn-of-the-century heyday. The stories use strategies of defamiliarization and decontextualization to make their case for the social values of equality and cooperation in the simplest of terms.”—Elizabeth Miller, University of California, Davis