This audiobook narrated by Simon Shepherd paints a compelling picture of the Islamic Republic, exploring how it has managed to survive despite ongoing challenges at home and abroad 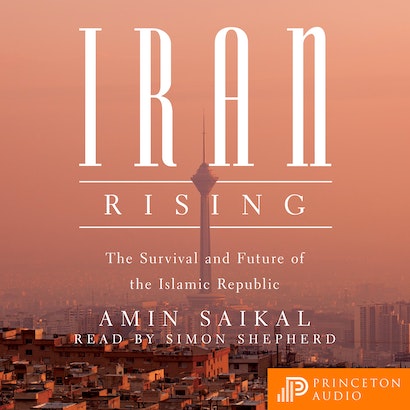 Saikal explores Iran’s recent history, beginning with the revolution, which set in motion a number of developments, including war with Iraq, precarious relations with Arab neighbors, and hostilities with Israel and the United States. He highlights the regime’s agility as it navigated a complex relationship with Afghanistan during the Soviet invasion, survived the Gulf wars, and handled fallout from the Iraqi and Syrian crises. Such success, Saikal maintains, stems from a distinctive political order, comprising both a supreme Islamic leader and an elected president and national assembly, which can fuse religious and nationalist assertiveness with pragmatic policy actions at home and abroad.

But Iran’s accomplishments, including its nuclear development and ability to fight ISIS, have cost its people, who are desperately pressuring the ruling clerics for economic and social reforms—changes that might in turn influence the country’s foreign policy. Amid heightened global anxiety over alliances, terrorism, and nuclear threats, Iran Rising offers essential insights into a country that, more than ever, is a force to watch. 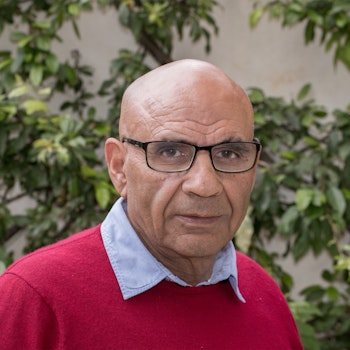 "Scholarly portrait of a nation that resists easy categorization—and containment. . . . Useful reading for students of contemporary geopolitics, in which Iran has proven a constant, often destabilizing presence."—Kirkus

"Saikal . . . offers a critical but not unsympathetic perspective on the ‘unique and multi-dimensional, and at times tragic, theopolitical story’ of Iran. . . . Saikal’s convincing bottom line is that open confrontation with Iran is unwise and unlikely to be productive, whereas a policy of careful engagement, while risky, could enable progress on the margins. The author’s careful, analytic approach privileges trade statistics and governmental communiqués over stories of human interest; as such, this is for readers who seek an understanding of strategic considerations, rather than a sense of what daily life is like for the Iranian population."—Publishers Weekly

"Iran Rising: The Survival and Future of the Islamic Republic is a clearly written, well-researched, and scholarly work that will be of benefit to anyone with a genuine interest in this strong and influential nation."—Robert Fantina, New York Journal of Books

"Lucid exposition of the Islamic Republic’s two main ideological and policy axes: the jihadists, embodied by the country’s founder, Ayatollah Ruhollah Khomeini, and the ijtihadists, the more flexible and rational pragmatists, two of whom, Mohammad Khatami and Hassan Rouhani, have been elected president."—John Waterbury, Foreign Affairs

"Iran Rising is well written, laid out in a logical format, and well sourced with citations. It is an excellent primer on the country of Iran and offers a look behind the curtain on how the Iranian government is organized and administered. The book also illustrates the multifaceted nature of the elements of national power and that nothing is ever as simple as it seems. I highly recommend this book for all military and nonmilitary audiences because of its insight into one of the lesser understood countries that has been a thorn in the side of the United States for over forty years."—George Hodge, Military Review

"Amin Saikal's lucid analysis of this sophisticated, resilient, multifaceted, sometimes alarming but always fascinating country is comprehensive, balanced, and deeply informative. While fully alive to the governing regime's shortcomings, he makes clear how dangerously counterproductive to regional peace and security is the Trump administration's unremitting determination to bring it down."—Gareth Evans, former Australian Foreign Minister and president emeritus of the International Crisis Group

“A deft, accessible, and in-depth account of the Islamic Republic, Iran Rising helps us to better understand an important country that continues to defy easy classification.”—Mehran Kamrava, author of The Impossibility of Palestine

“Timely and insightful, Iran Rising provides the only comprehensive account of a great twentieth‐century revolution that was widely expected to collapse under the weight of its own contradictions. But the Iranian regime has in fact endured as it has evolved, and Amin Saikal takes us through the twists and turns with a deeply informed and balanced mastery.”—James P. Piscatori, coauthor of Muslim Politics