This audiobook narrated by William Hope provides an unprecedented history of Brooklyn, told through its places, buildings, and the people who made them, from the early seventeenth century to today 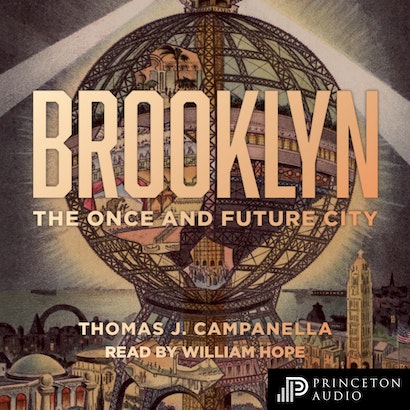 America’s most storied urban underdog, Brooklyn has become an internationally recognized brand in recent decades—celebrated and scorned as one of the hippest destinations in the world. In Brooklyn: The Once and Future City, Thomas J. Campanella unearths long-lost threads of the urban past, telling the rich history of the rise, fall, and reinvention of one of the world’s most resurgent cities.

Spanning centuries and neighborhoods, Brooklyn-born Campanella recounts the creation of places familiar and long forgotten, both built and never realized, bringing to life the individuals whose dreams, visions, rackets, and schemes forged the city we know today. He takes us through Brooklyn’s history as homeland of the Leni Lenape and its transformation by Dutch colonists into a dense slaveholding region. We learn about English émigré Deborah Moody, whose town of Gravesend was the first founded by a woman in America. We see how wanderlusting Yale dropout Frederick Law Olmsted used Prospect Park to anchor an open space system that was to reach back to Manhattan. And we witness Brooklyn’s emergence as a playland of racetracks and amusement parks celebrated around the world.

Campanella also describes Brooklyn’s outsized failures, from Samuel Friede’s bid to erect the world’s tallest building to the long struggle to make Jamaica Bay the world’s largest deepwater seaport, and the star-crossed urban renewal, public housing, and highway projects that battered the borough in the postwar era. Campanella reveals how this immigrant Promised Land drew millions, fell victim to its own social anxieties, and yet proved resilient enough to reawaken as a multicultural powerhouse and global symbol of urban vitality.

Thomas J. Campanella is associate professor of urban studies and city planning at Cornell University and historian-in-residence of the New York City Parks Department. His books include Republic of Shade and The Concrete Dragon, and his writing has appeared in the New York Times and Wall Street Journal. He divides his time between Ithaca and the Marine Park neighborhood of Brooklyn where he grew up. Twitter @builtbrooklyn 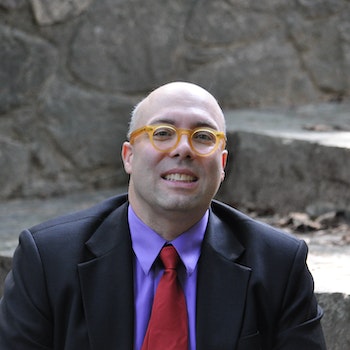 "Mr. Campanella . . . aims to give an account of ‘the Brooklyn unknown, overlooked and unheralded—the quotidian city taken for granted or long ago blotted out by time and tide.’ He succeeds admirably . . . Brooklyn: The Once and Future City is a nuanced portrait of a diverse group of communities. Genteel farmland, then a byword for urban blight, and now the apotheosis of hipsterdom and gentrification—Brooklyn has seen it all. Mr. Campanella, a native Brooklynite himself, brings both love and scholarship to his writing, revealing the true spirt of this fractured land."—The Economist

"Say the name Brooklyn these days, and many people think of Jay-Z or Barclays Center or, most often, skyrocketing real estate prices fueled by gentrification. But for 500 years now, Brooklyn has charted a rich history unique in the American experience. In Brooklyn: The Once and Future City, Thomas J. Campanella . . . has produced a meticulously researched and information-filled chronicle of a place that, in its own way, defines New York City."—Paul Alexander, Washington Post

"An ambitious and accomplished book . . . . For lovers of history and of the city, this book is a dream. It feels like a book that Campanella was born to write."—Nick Ripatrazone, The Millions

"Campanella’s book does a masterful job of showing how individual egos or ill-planned decisions of long ago set the stage for the city we know today."—Larry Getlen, New York Post

"A lively biography of New York's second borough. . . . Teeming with information, this is a must-read for fans of urban history."—Kirkus Reviews

"Brooklyn’s history . . . is as specific and varied as its inhabitants. A single block can contain centuries’ worth of information, memories and relics left by heroes and villains alike. The prospect of writing a history of such a multilayered city must have been daunting even for as qualified a fourth-generation Brooklynite as Thomas J. Campanella. . . . Thankfully, Campanella takes a practical approach: Instead of attempting a chronology that traces themes or communities through the decades and centuries, he treats each chapter as a self-contained deep dive into a particular part of the borough, describing how that place came to be. . . . Illuminating."—Emily Gould, New York Times Book Review

"Campanella . . . limns Brooklyn’s multiple identities and the tensions over what the borough was, and to whom . . . a fascinating chronicle."—Katrina Gulliver, New Criterion

"Campanella's magisterial history . . . [is] always approachable and takes readers to the heart and soul of “the King’s County”."—Liz Thomson, Arts Desk

"Campanella is always enlightening and remains critical throughout, with class and racial politics never far from the surface."—Darran Anderson, History Today

"[Thomas Campanella’s Brooklyn is] not only the best history of Brooklyn, it’s one of the most entertaining works published this year, suffuse with fantastic tales of the achievements, iniquities, and dreams of its famous neighbor."—Anthony Paletta, American Conservative

"Thomas Campanella’s Brooklyn is a sheer delight. A cornucopia of mysteries, secrets, meticulous research, and fun facts, it will prove essential reading for anyone with an appetite for New York history."—Jennifer Egan, author of A Visit from the Goon Squad

"A marvelous book that finally does justice to its majestic subject. Nevermore can it be said, as Thomas Wolfe wrote,‘only the dead know Brooklyn.’ Thomas Campanella knows Brooklyn, inside and out."—Phillip Lopate, editor of Writing New York

"Thomas Campanella provides a superb and comprehensive antidote to the perennial plague of Brooklynmnesia."—Jonathan Lethem, author of Motherless Brooklyn

"This lucid and thorough history of Brooklyn's origins and progress is just the work we need to understand this sprawling and complex place, long in the shadow of glamorous Manhattan."—Annette Gordon-Reed, author of The Hemingses of Monticello: An American Family

"An exceptional and detailed history of Brooklyn. From ancient geology to tungsten-filament lamps, Thomas Campanella’s insights are virtuosic. Never hoodwinked by nostalgia nor satisfied with conventional explanations, he gives Brooklyn the clear-eyed narrative it deserves."—Mark Chiusano, author of Marine Park: Stories

"This impressive, fresh, and stimulating book investigates the social, economic, and cultural history of Brooklyn. Its use of images is excellent and a point of true distinction. Brooklyn adds to our understanding of the city’s ethnicity, urban development, and planning."—Clifton Hood, author of 722 Miles: The Building of the Subways and How They Transformed New York

"In this rich book, Thomas Campanella masterfully uncovers and tells fascinating stories and moments from Brooklyn’s history. Brooklyn is riveting, carefully crafted, and wonderfully written. It will be cited for years to come."—Owen Gutfreund, author of Twentieth-Century Sprawl: Highways and the Reshaping of the American Landscape