In this audiobook, Nigel Anthony narrates the gripping history of the polar continent, from the great discoveries of the nineteenth century to modern scientific breakthroughs 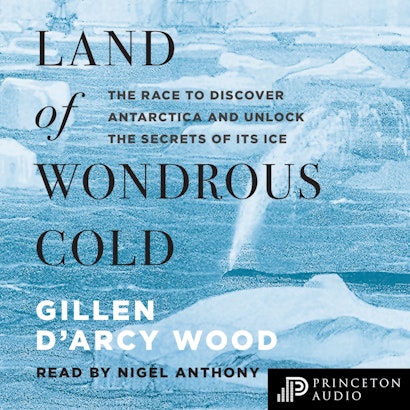 Today, the white continent poses new challenges, as scientists race to uncover Earth’s climate history, which is recorded in the south polar ice and ocean floor, and to monitor the increasing instability of the Antarctic ice cap, which threatens to inundate coastal cities worldwide. Interweaving the breakthrough research of the modern Ocean Drilling Program with the dramatic discovery tales of their Victorian forerunners, Gillen D’Arcy Wood describes Antarctica’s role in a planetary drama of plate tectonics, climate change, and species evolution stretching back more than thirty million years. An original, multifaceted portrait of the polar continent emerges, illuminating our profound connection to Antarctica in its past, present, and future incarnations.