A classic book now available on audio
With narration by Laurel Lefkow, who reveals how the government enforced sex and gender conformity and relegated gays to second-class citizenship 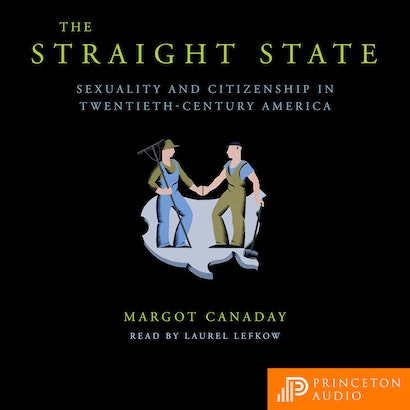 Canaday looks at three key arenas of government control—immigration, the military, and welfare—and demonstrates how federal enforcement of sexual norms emerged with the rise of the modern bureaucratic state. She begins at the turn of the twentieth century when the state first stumbled upon evidence of sex and gender nonconformity, revealing how homosexuality was policed indirectly through the exclusion of sexually “degenerate” immigrants and other regulatory measures aimed at combating poverty, violence, and vice. Canaday argues that the state’s gradual awareness of homosexuality intensified during the later New Deal and through the postwar period as policies were enacted that explicitly used homosexuality to define who could enter the country, serve in the military, and collect state benefits. Midcentury repression was not a sudden response to newly visible gay subcultures, Canaday demonstrates, but the culmination of a much longer and slower process of state-building during which the state came to know and to care about homosexuality across many decades.

Social, political, and legal history at their most compelling, The Straight State explores how regulation transformed the regulated: in drawing boundaries around national citizenship, the state helped to define the very meaning of homosexuality in America. 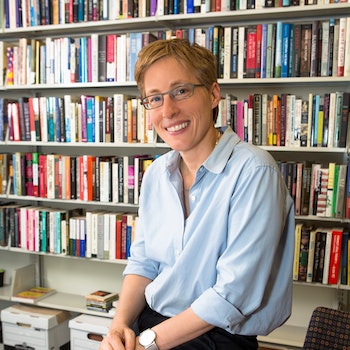 "It is not really news that inhabitants of the United States are governed by what historian Margot Canaday calls, in the title of her excellent book, a 'straight state.' For some time now, scholars of sexuality (following in the footsteps of those who have studied and challenged the race and gender hierarchies embedded in state policies and actions) have professed the analytical goal of what historian Lisa Duggan, writing in 1994, called 'queering the state.' These scholars have argued that the supposed naturalness of the heterosexual couple, and the unnaturalness of alternatives, is presumed and reinforced in the ordinary workings of government. Canaday's substantial contribution is to trace, in gripping and at times horrifying detail, exactly how the United States came to operate in this fashion over the course of much of the twentieth century. The Straight State provides a compelling history of the designation of 'the homosexual as the anticitizen.' . . . The Straight State is a captivating, engagingly written work of social, political, legal and sexual history, and the fruit of an extraordinary attention to archival documents."—Steven Epstein, Nation

"[Canaday] succeeds in . . . contributing brilliantly both to understandings of the relationship between state practices and the construction of identity and to the story of the rise of the modern bureaucratic state as a sexual state. . . . [This] book . . . presents a fascinating reframing of a familiar story and opens substantial new space for related research."—Julie Novkov, Perspectives on Politics

"Princeton Professor Margot Canaday has presented us with a superb and groundbreaking analysis of the role of federal institutions in shaping the LGBT identity over the course of the 20th Century. . . . Professor Canaday's work satisfies in a way all too rarely encountered in contemporary historical writing. The Straight State opens our eyes to the role of evolving federal policies in immigration, welfare, and the military in defining homosexuality and the gay persona. . . . The Straight State is indispensable to the student of modern queer history."—Toby Grace, Out in Jersey

"Canaday contends that the emergence of state bureaucracy in the 20th-century US may be tracked through its developing definition and regulation of homosexuality. . . . While some scholars may debate the author's particular inferences from her evidence, this volume opens new ground in gender research."—Choice

"The Straight State makes three outstanding contributions: it delineates the state as a whole fresh category in the formation of gay identities; elite reform becomes more important than bottom up revolution; while she moves gay history, convincingly, right into the mainstream of historical inquiry. Canaday has, therefore, produced an extremely important book."—Kevin White, Journal of Social History

"Canaday offer[s] a much more complete record than has previously appeared in print of the law of gay-straight discrimination and its meaning in people's lives."—Felicia Kornbluh, Law & Social Inquiry

"[An] absorbing account of federal policies, [this study] makes an important intervention by showing why historians of sexuality need to pay more attention to questions of citizenship and the practices of the administrative state."—George Chauncey, American Historical Review