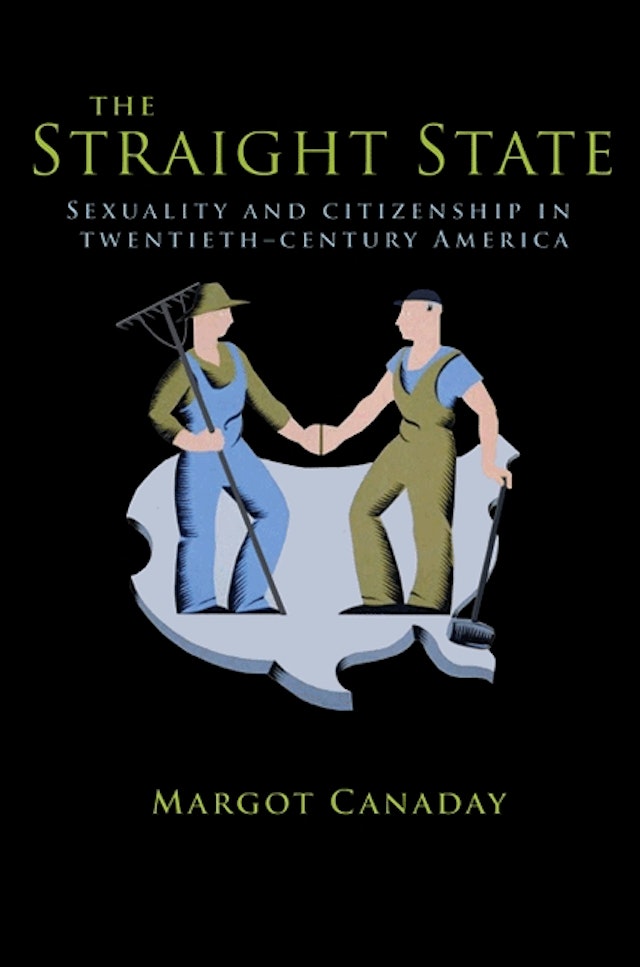 
Canaday looks at three key arenas of government control — immigration, the military, and welfare — and demonstrates how federal enforcement of sexual norms emerged with the rise of the modern bureaucratic state. She begins at the turn of the twentieth century when the state first stumbled upon evidence of sex and gender nonconformity, revealing how homosexuality was policed indirectly through the exclusion of sexually “degenerate” immigrants and other regulatory measures aimed at combating poverty, violence, and vice. Canaday argues that the state’s gradual awareness of homosexuality intensified during the later New Deal and through the postwar period as policies were enacted that explicitly used homosexuality to define who could enter the country, serve in the military, and collect state benefits. Midcentury repression was not a sudden response to newly visible gay subcultures, Canaday demonstrates, but the culmination of a much longer and slower process of state-building during which the state came to know and to care about homosexuality across many decades.


Social, political, and legal history at their most compelling, The Straight State explores how regulation transformed the regulated: in drawing boundaries around national citizenship, the state helped to define the very meaning of homosexuality in America.