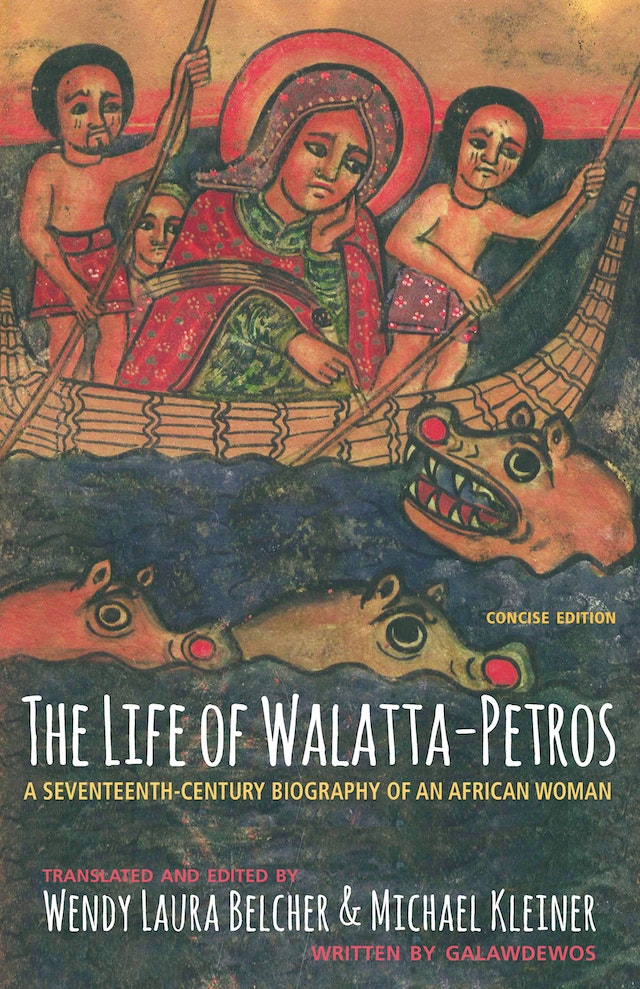 Buy This
This concise edition of the biography of Walatta-Petros (1672) tells the story of an Ethiopian saint who lived from 1592 to 1642 and led a successful nonviolent movement to preserve African Christian beliefs in the face of European protocolonialism. This is the oldest-known book-length biography of an African woman written by Africans before the nineteenth century, and one of the earliest stories of African resistance to European influence. Written by her disciples after her death, The Life of Walatta-Petros praises her as a friend of women, a devoted reader, a skilled preacher, and a radical leader, providing a rare picture of the experiences and thoughts of Africans—especially women—before the modern era. In addition to an authoritative and highly readable translation, this edition, which omits the notes and scholarly apparatus of the hardcover, features a new introduction aimed at students and general readers.

Wendy Laura Belcher is associate professor in the Department of Comparative Literature and the Department for African American Studies at Princeton University. Michael Kleiner is a historian of Ethiopia and a translator. He has taught at the universities of Göttingen, Marburg, and Hamburg, as well as at Addis Ababa University.

"By 2050, Africans will constitute around a third of the world’s Christian population, roughly a billion people, and over a hundred million of those will live in Ethiopia. As we confront that new reality, the need to rediscover those African cultural and spiritual roots becomes imperative. The story of Walatta-Petros is a wonderful contribution to this task."—Philip Jenkins, Books & Culture

"What makes this translation so extraordinary? The passion and care taken by translators Wendy Belcher and Michael Kleiner, evident in every aspect of the volume."—Janet Lee, The Herald

"Presented in an exemplary fashion, and worthy of attention. . . . Belcher and Kleiner have done a great service in making this literature accessible in a responsible and scholarly form."—Andrew Crislip, Biography

"An accessible and valuable source to the fields of African history, religious studies, African literature, and gender studies.”—David B. Spielman, Ufahamu