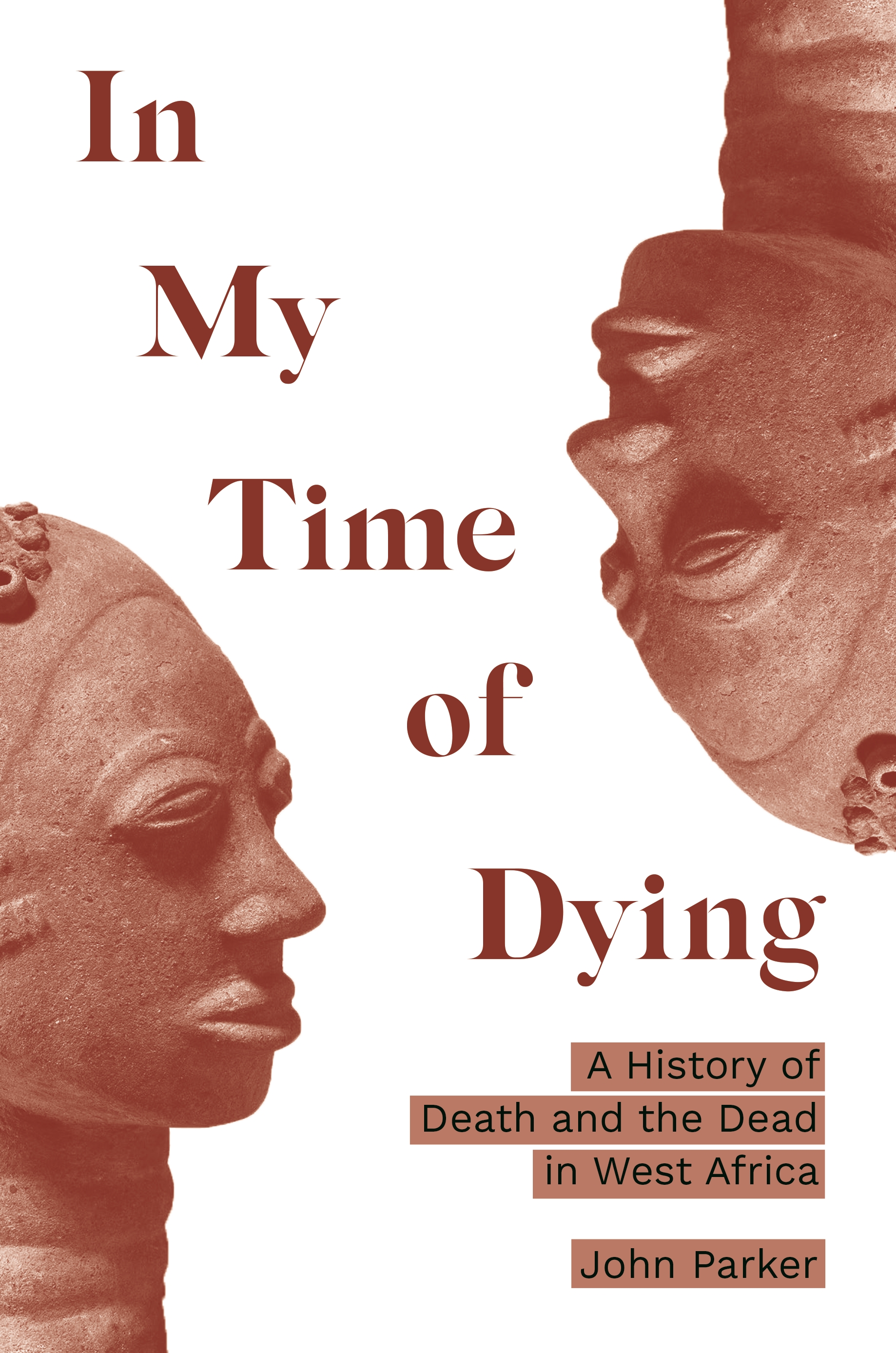 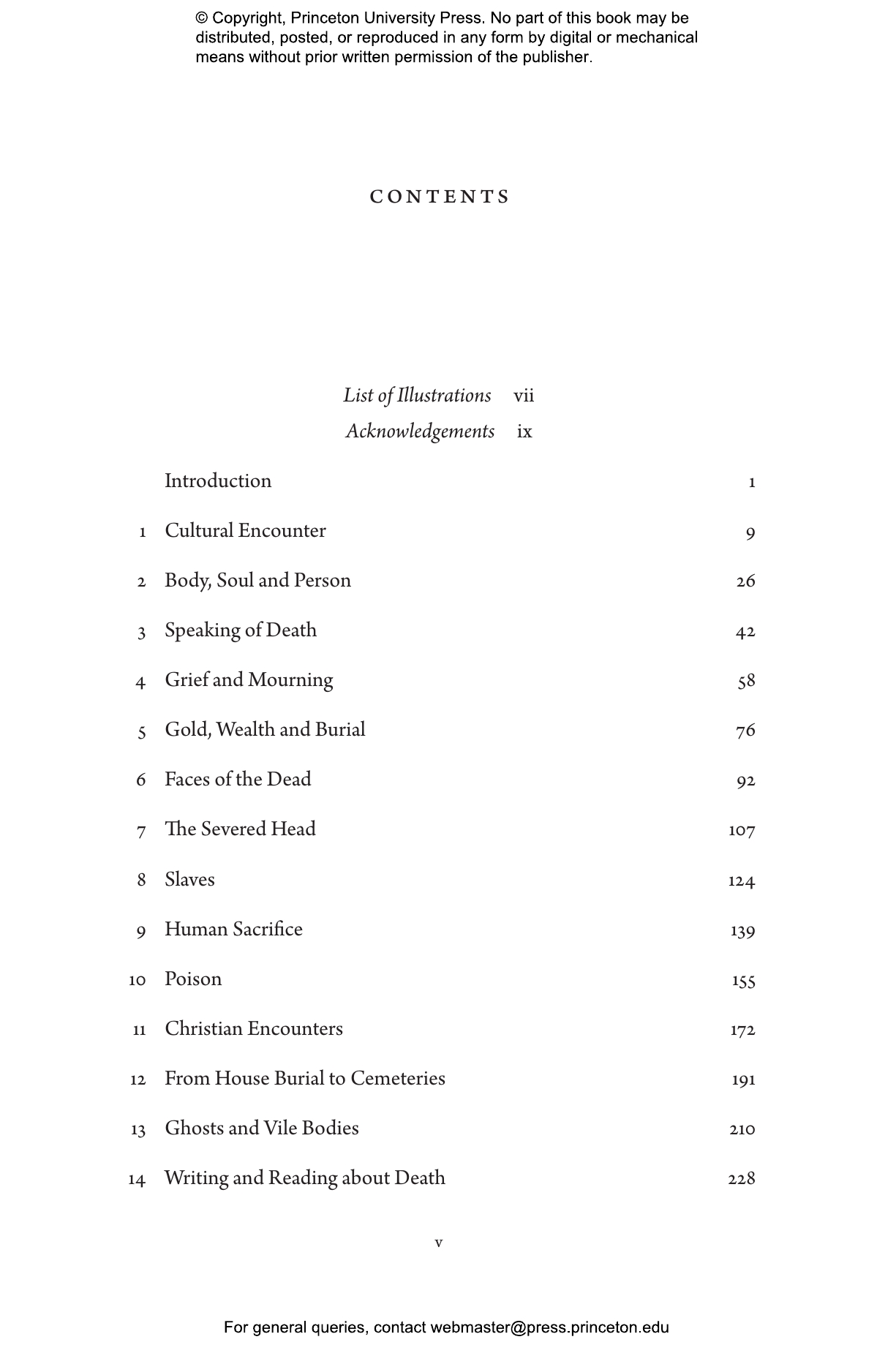 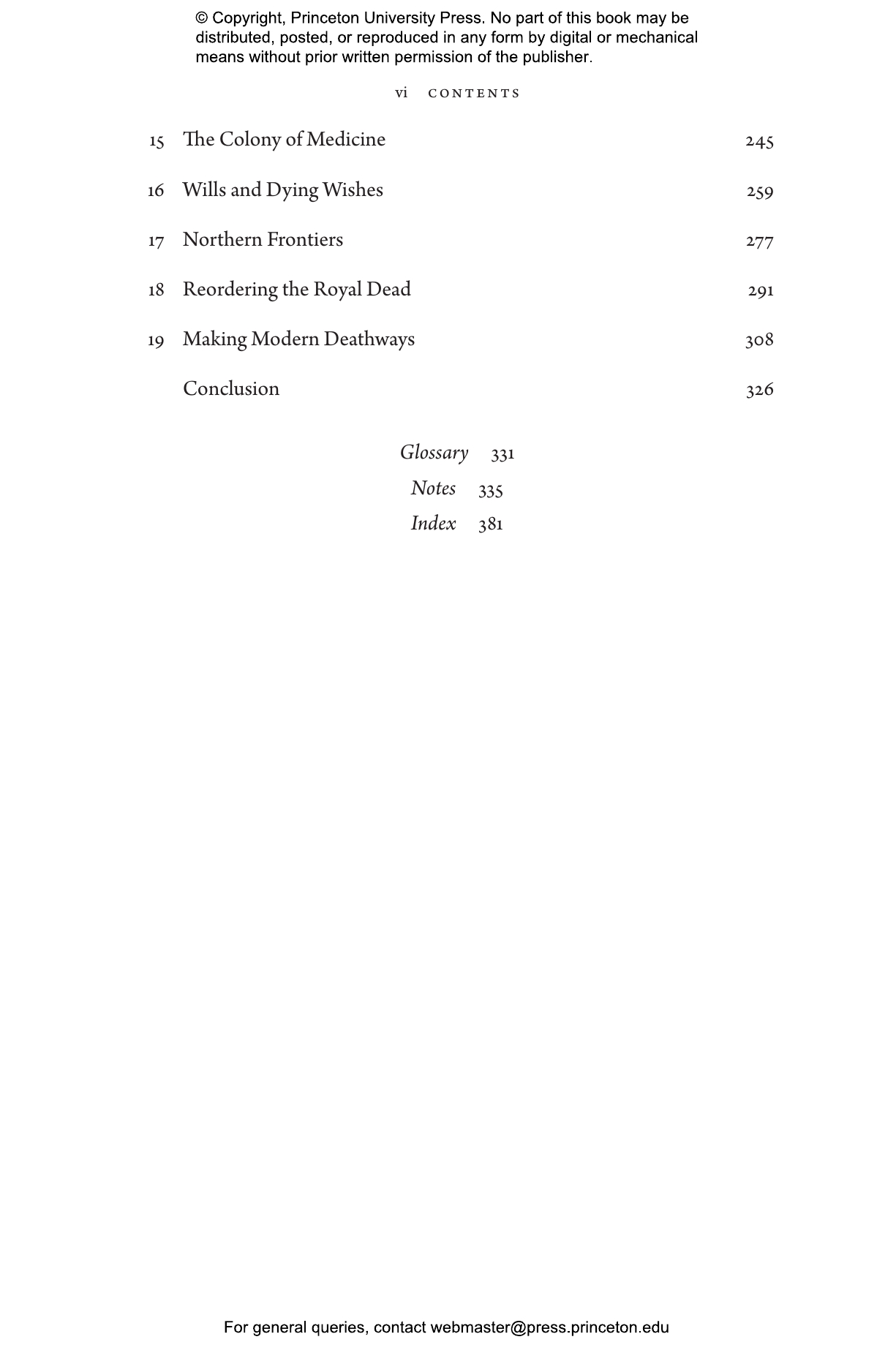 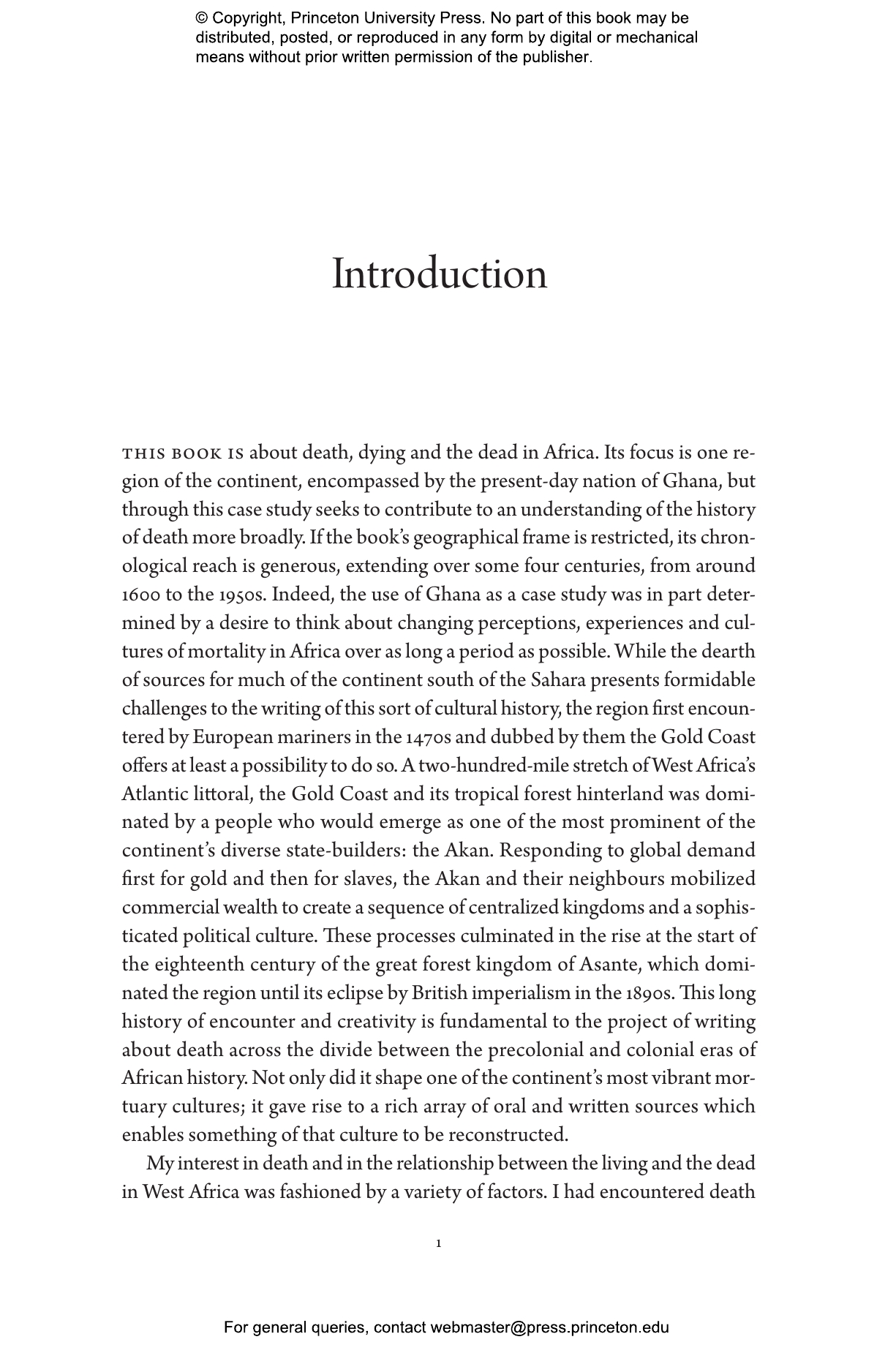 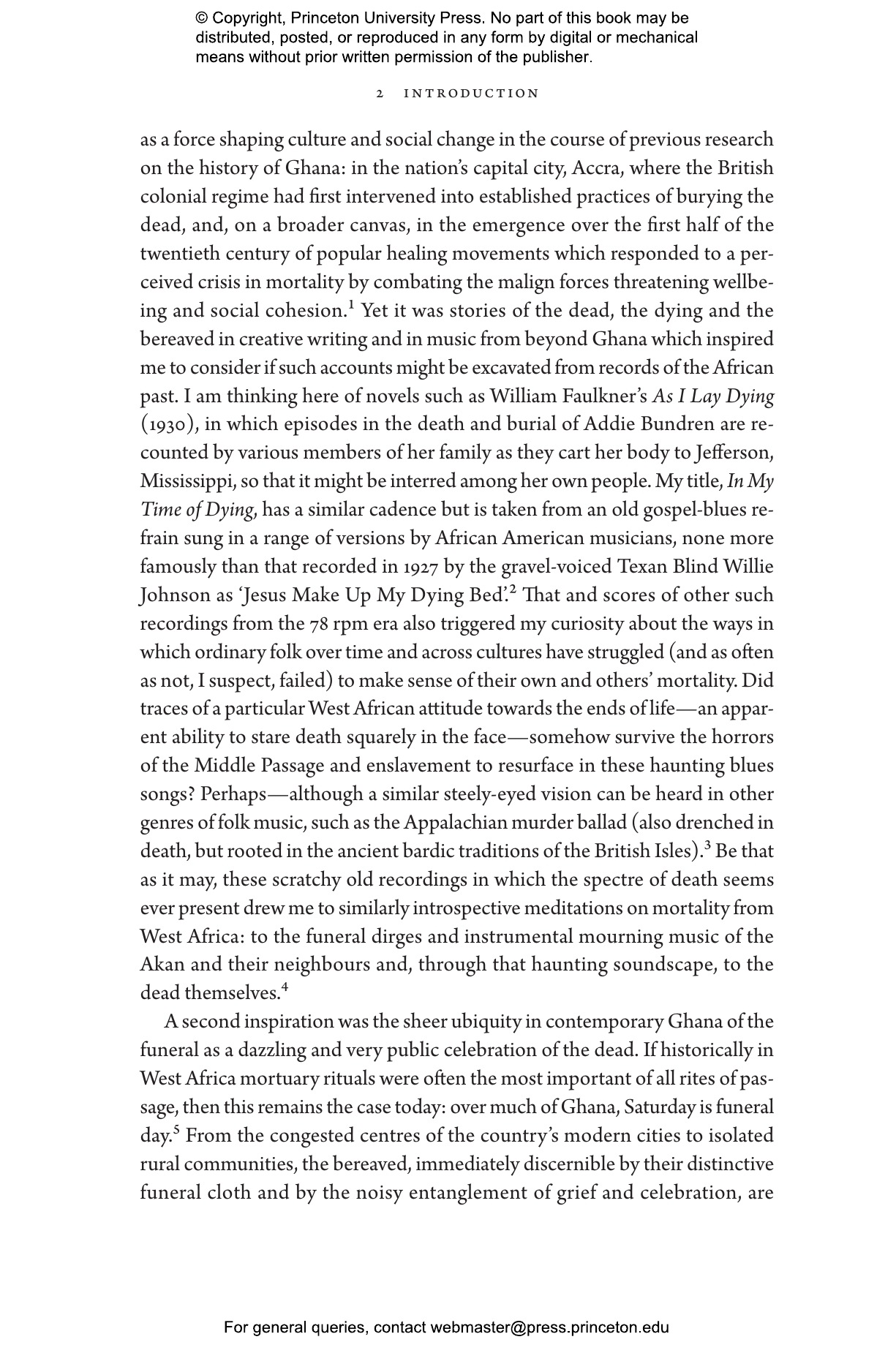 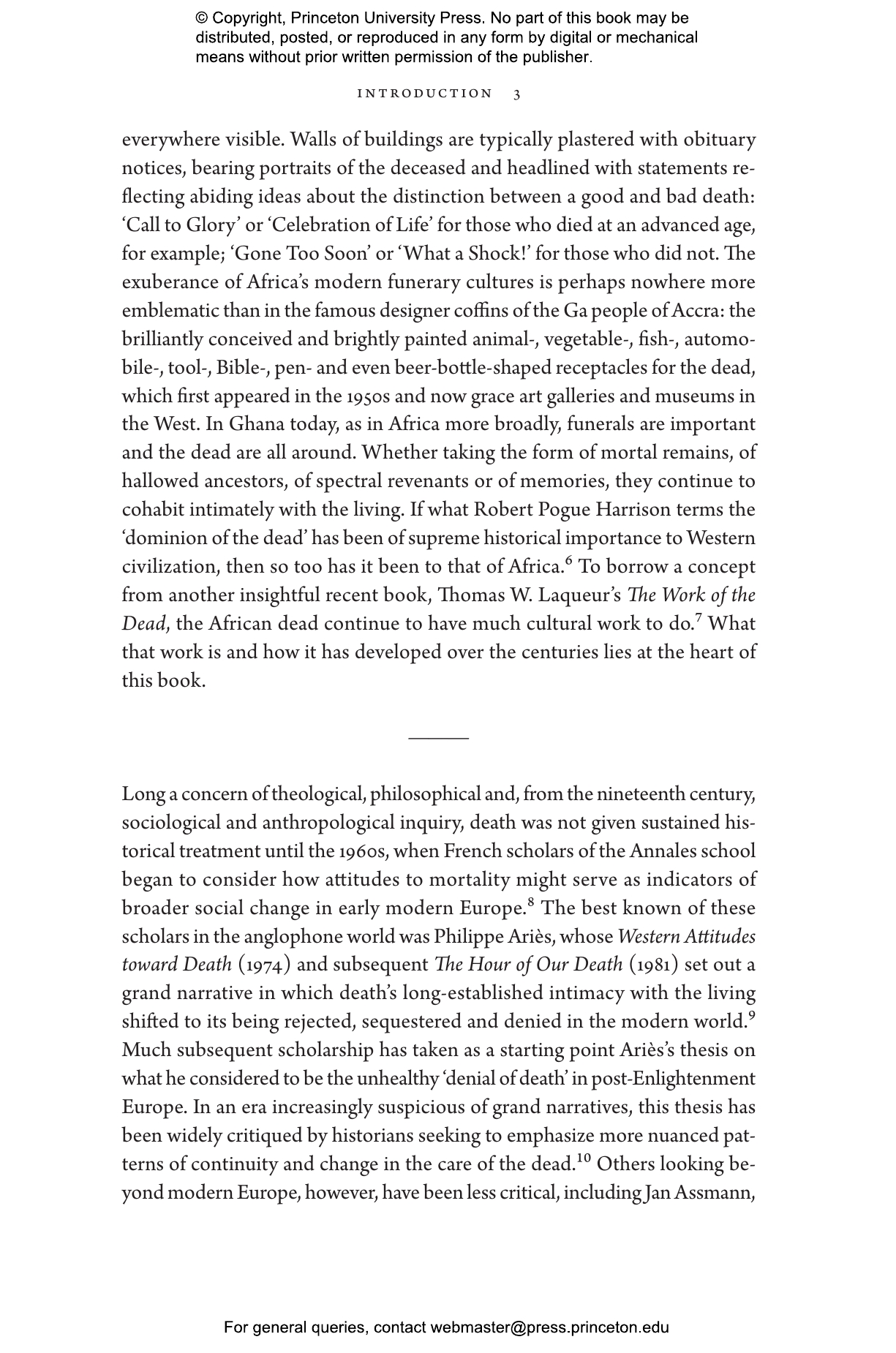 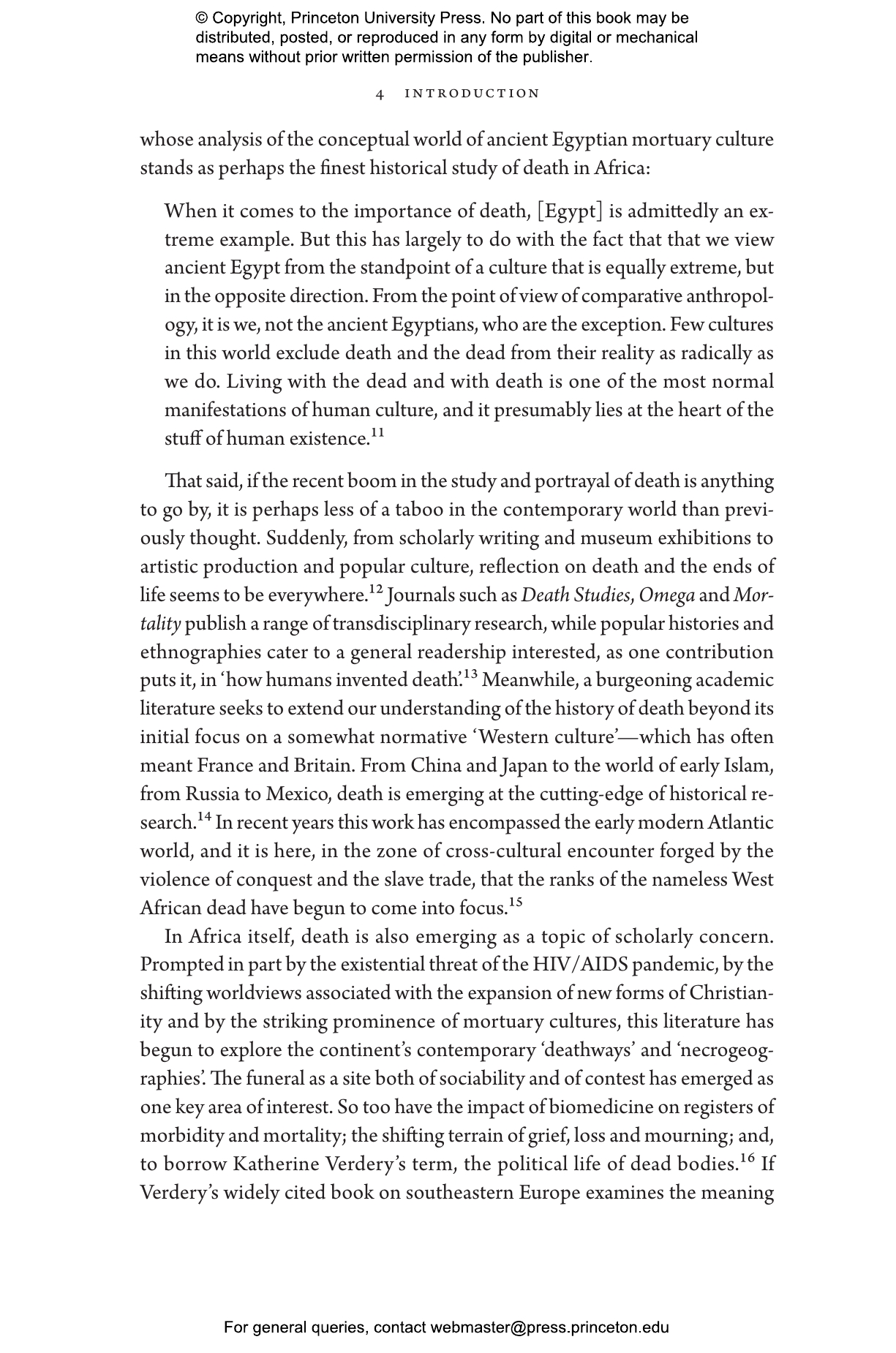 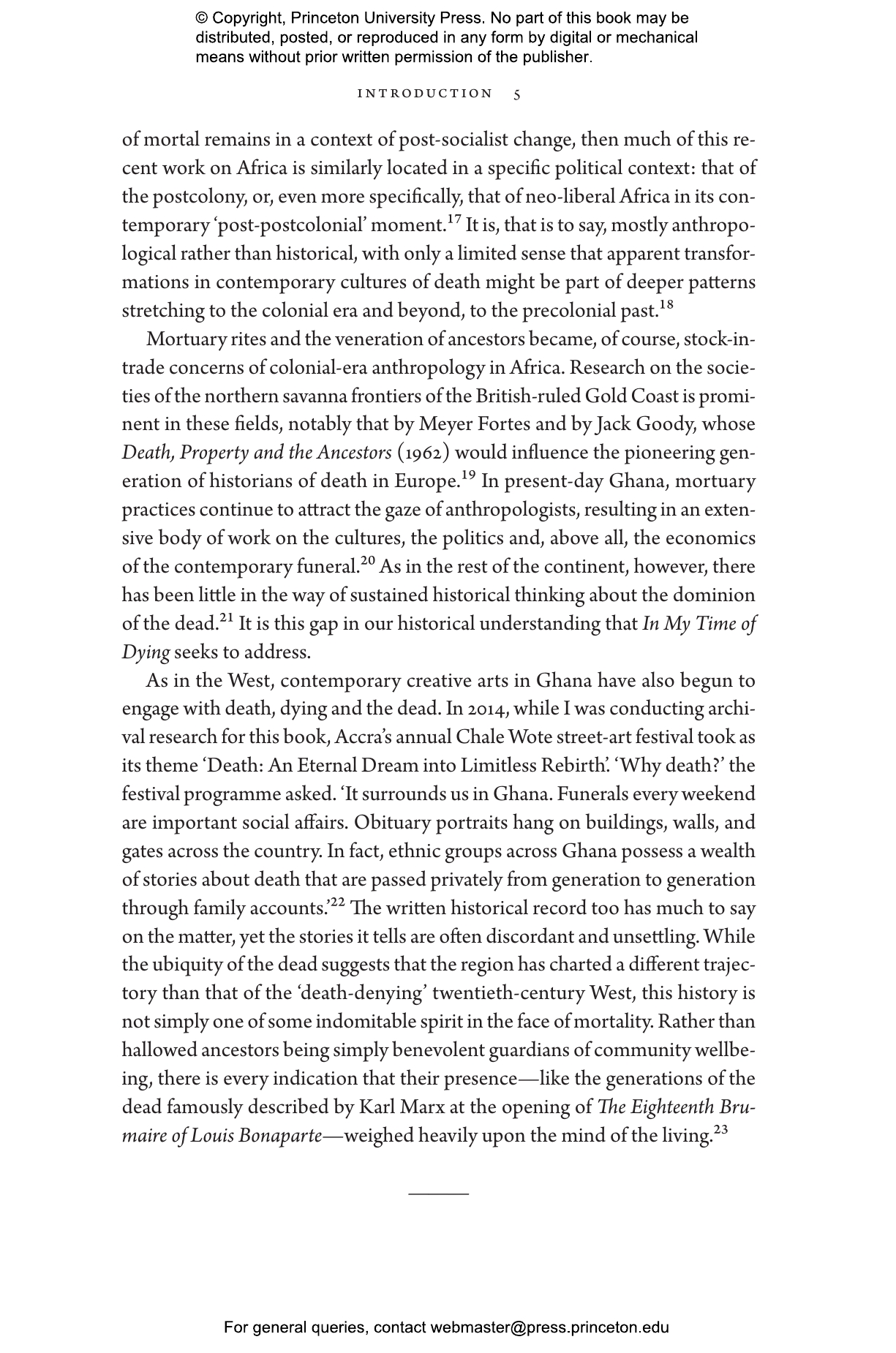 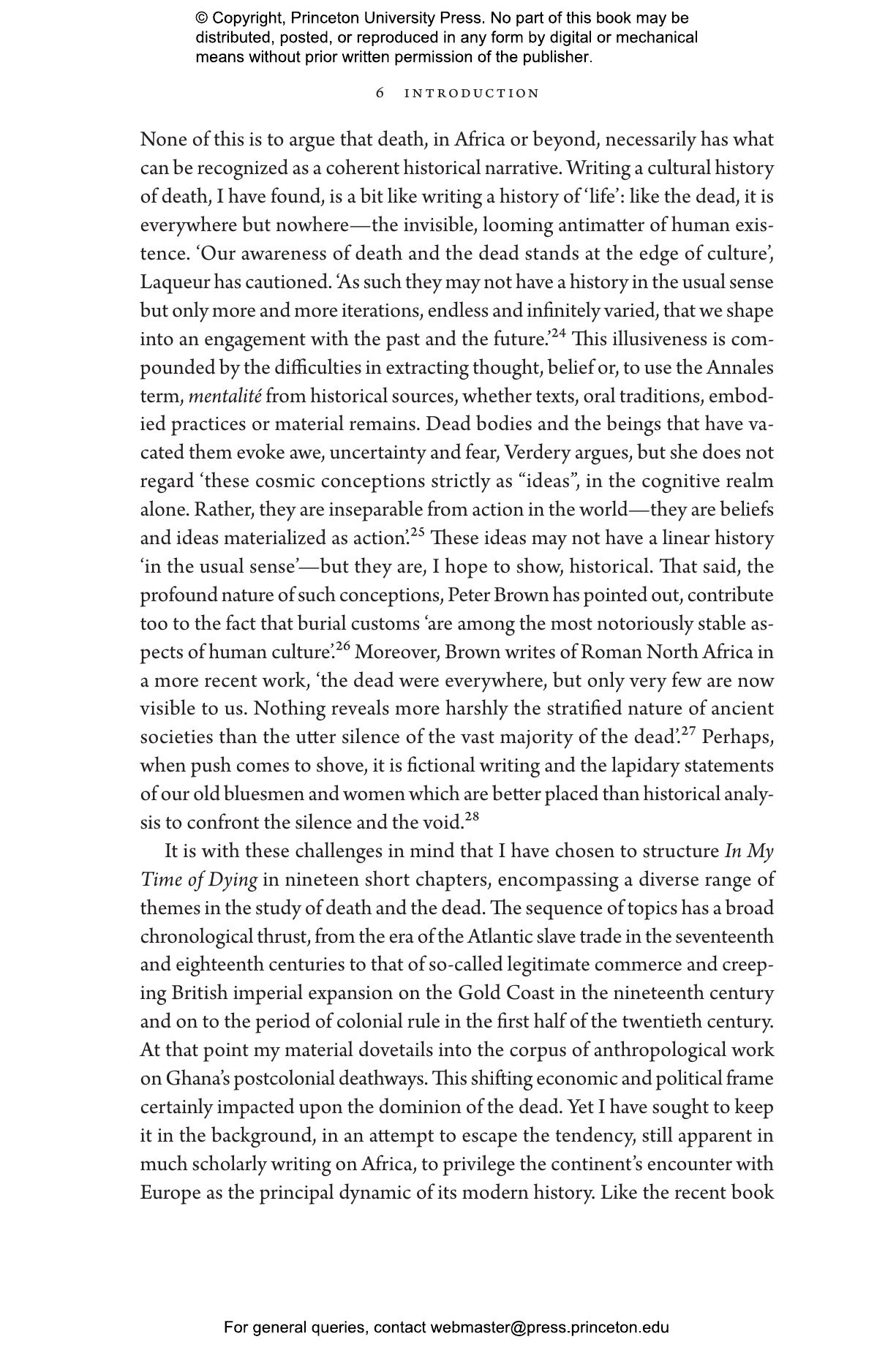 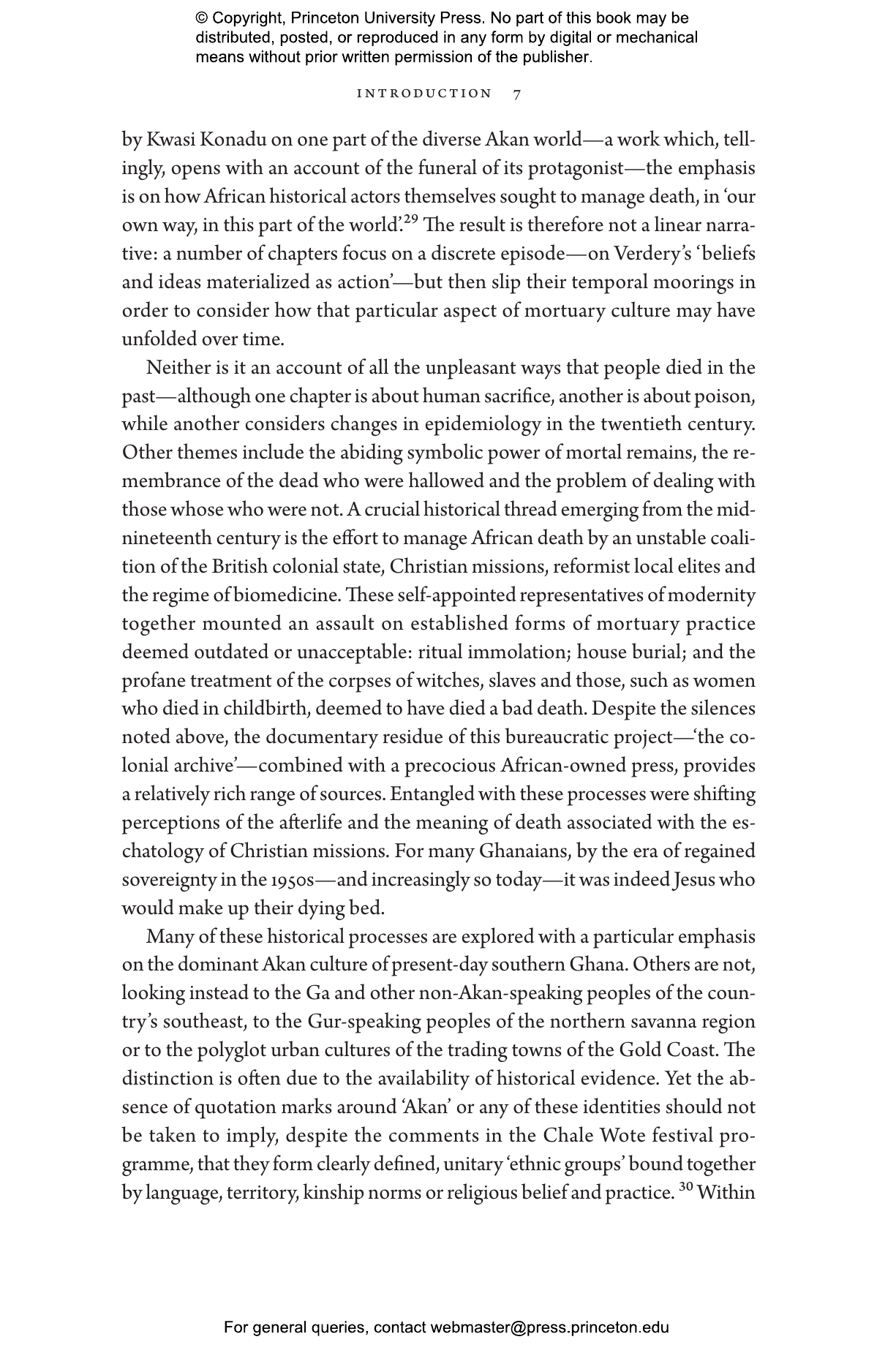 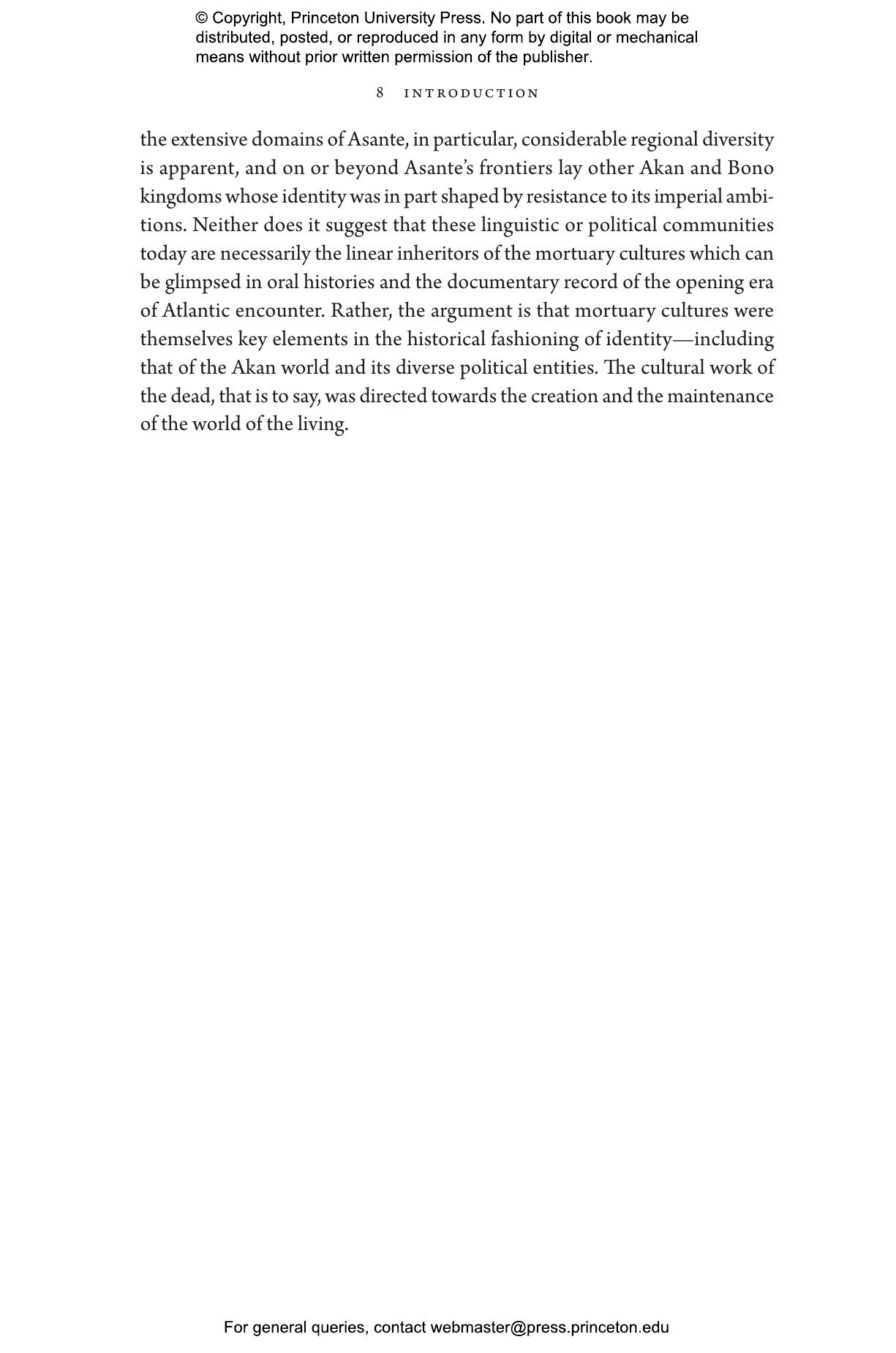 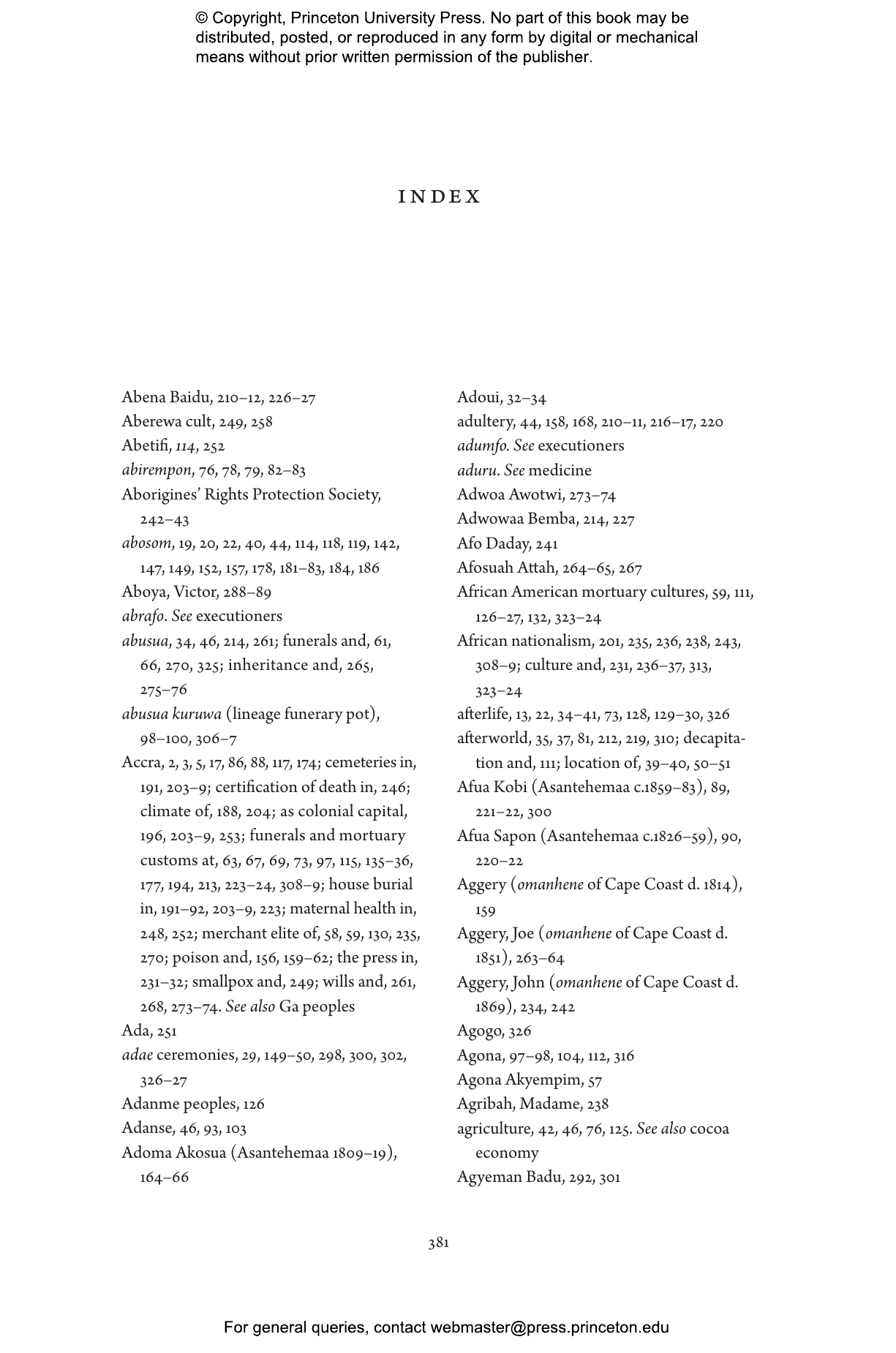 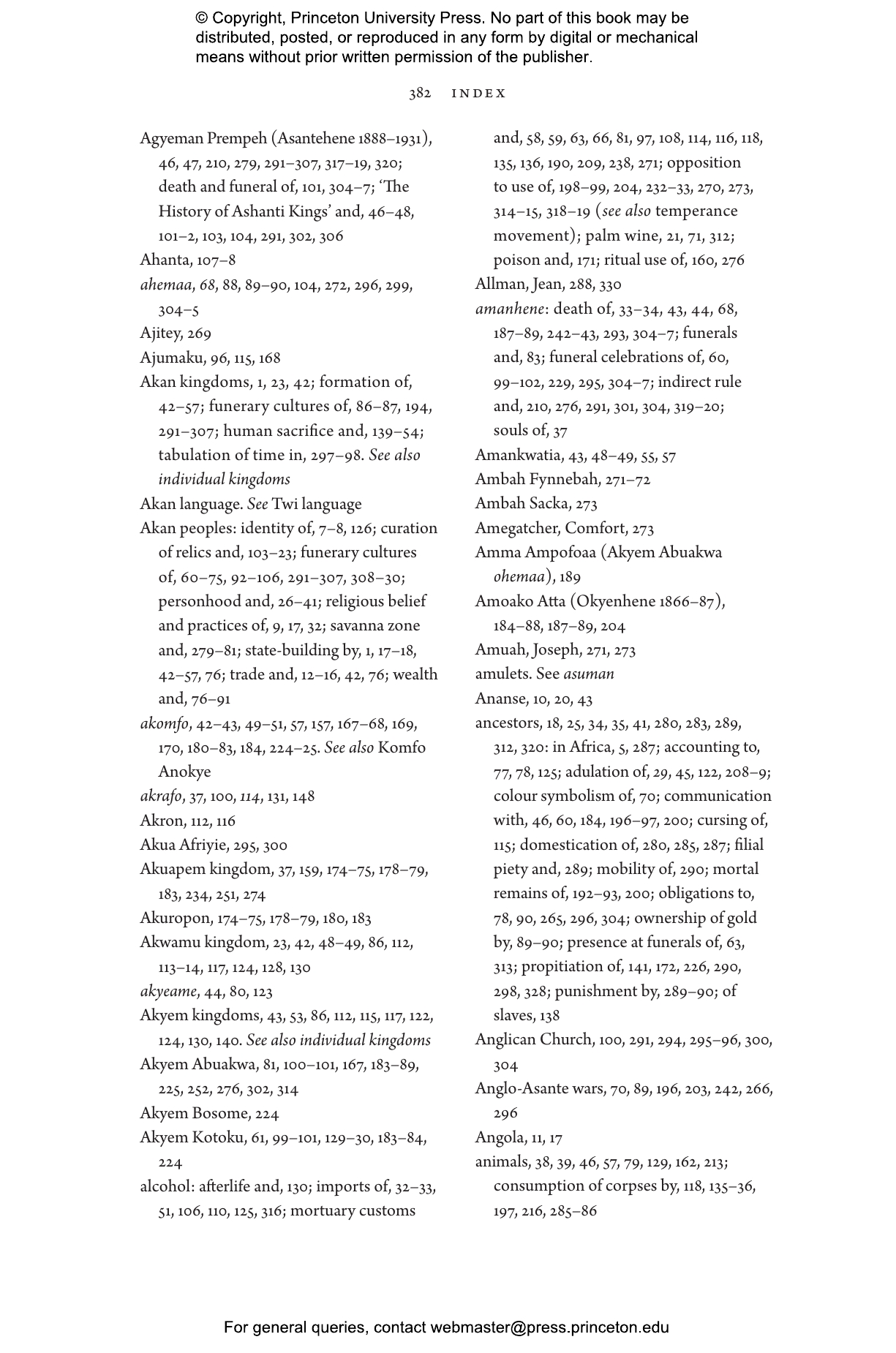 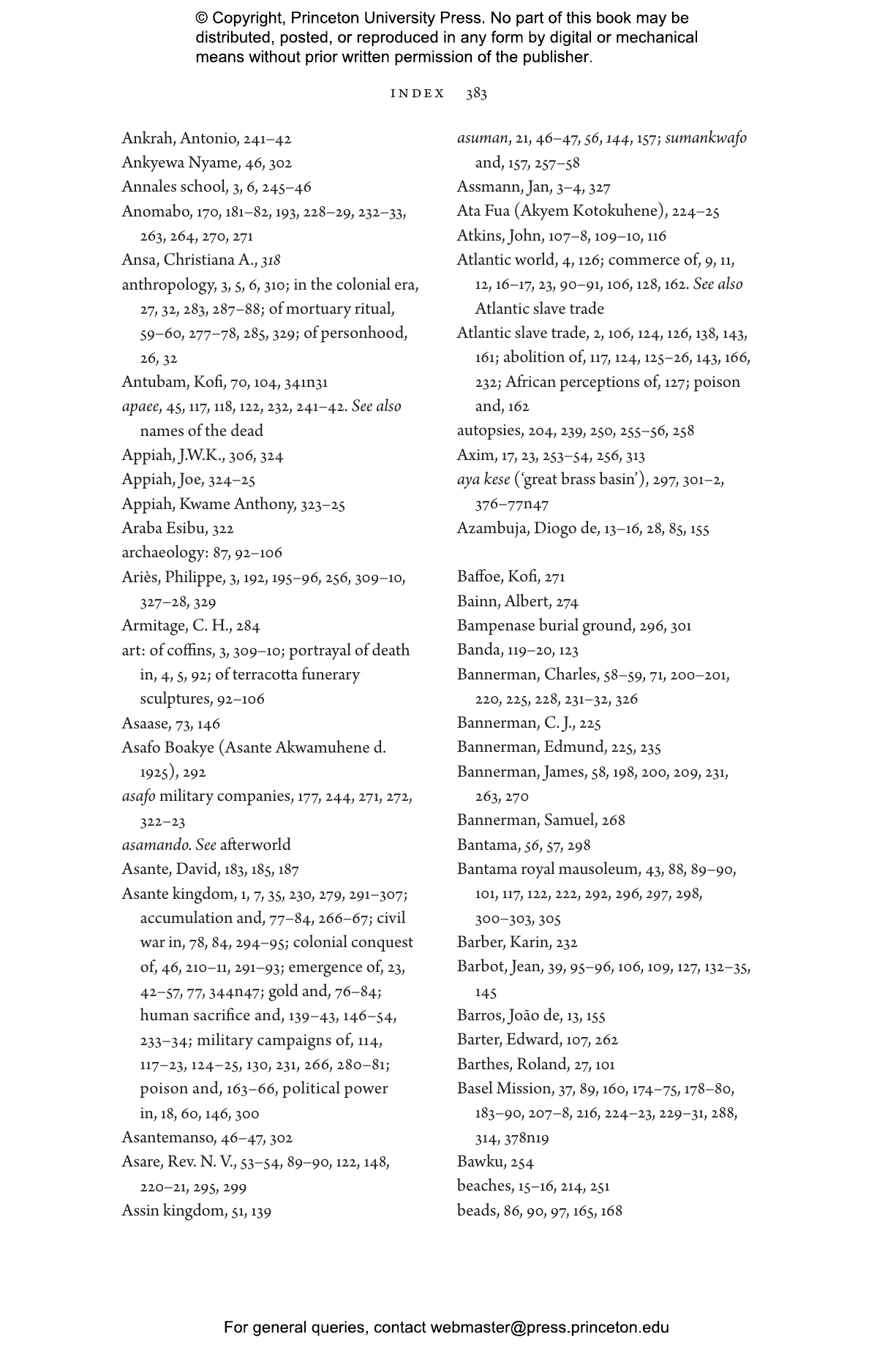 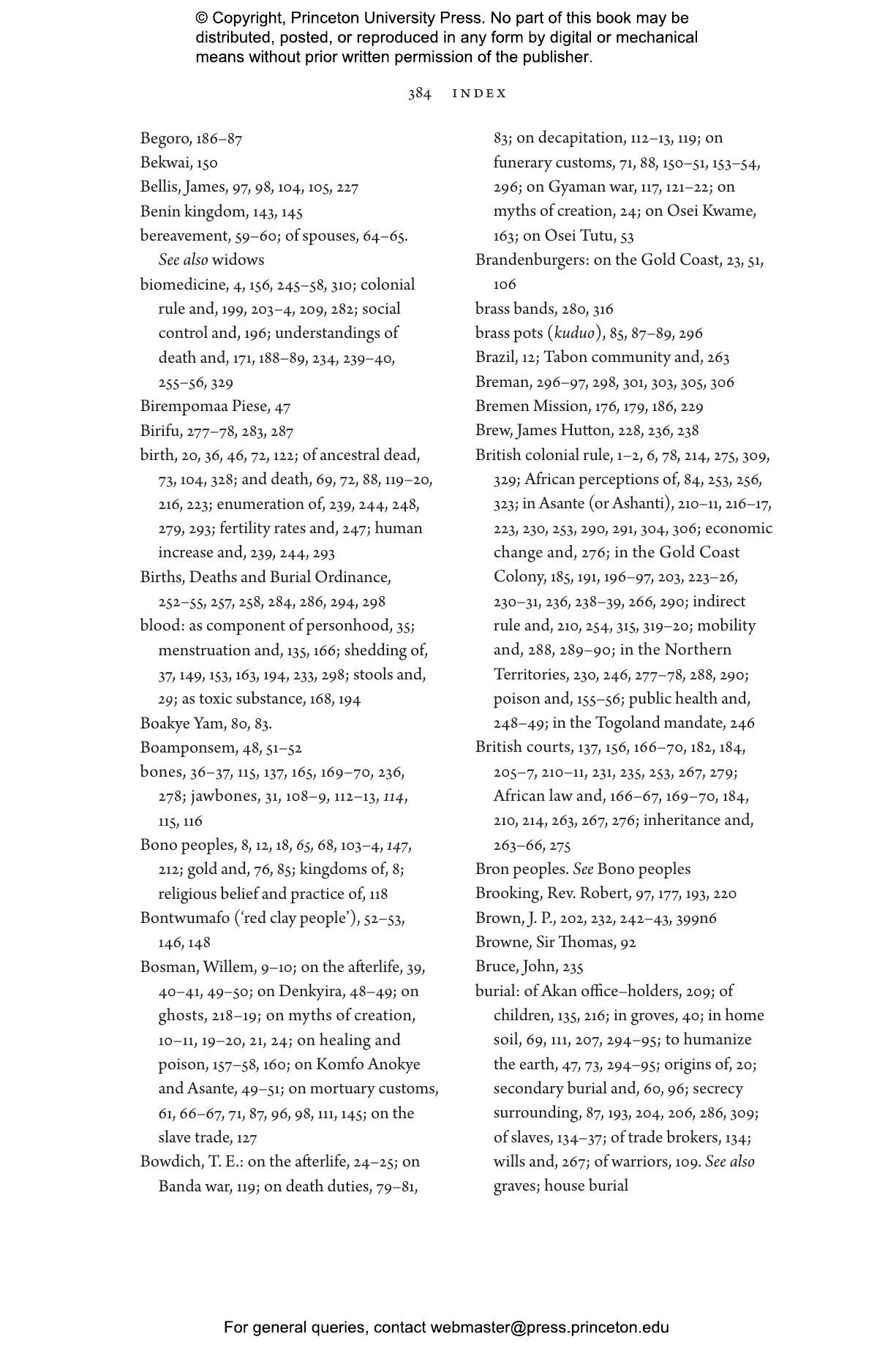 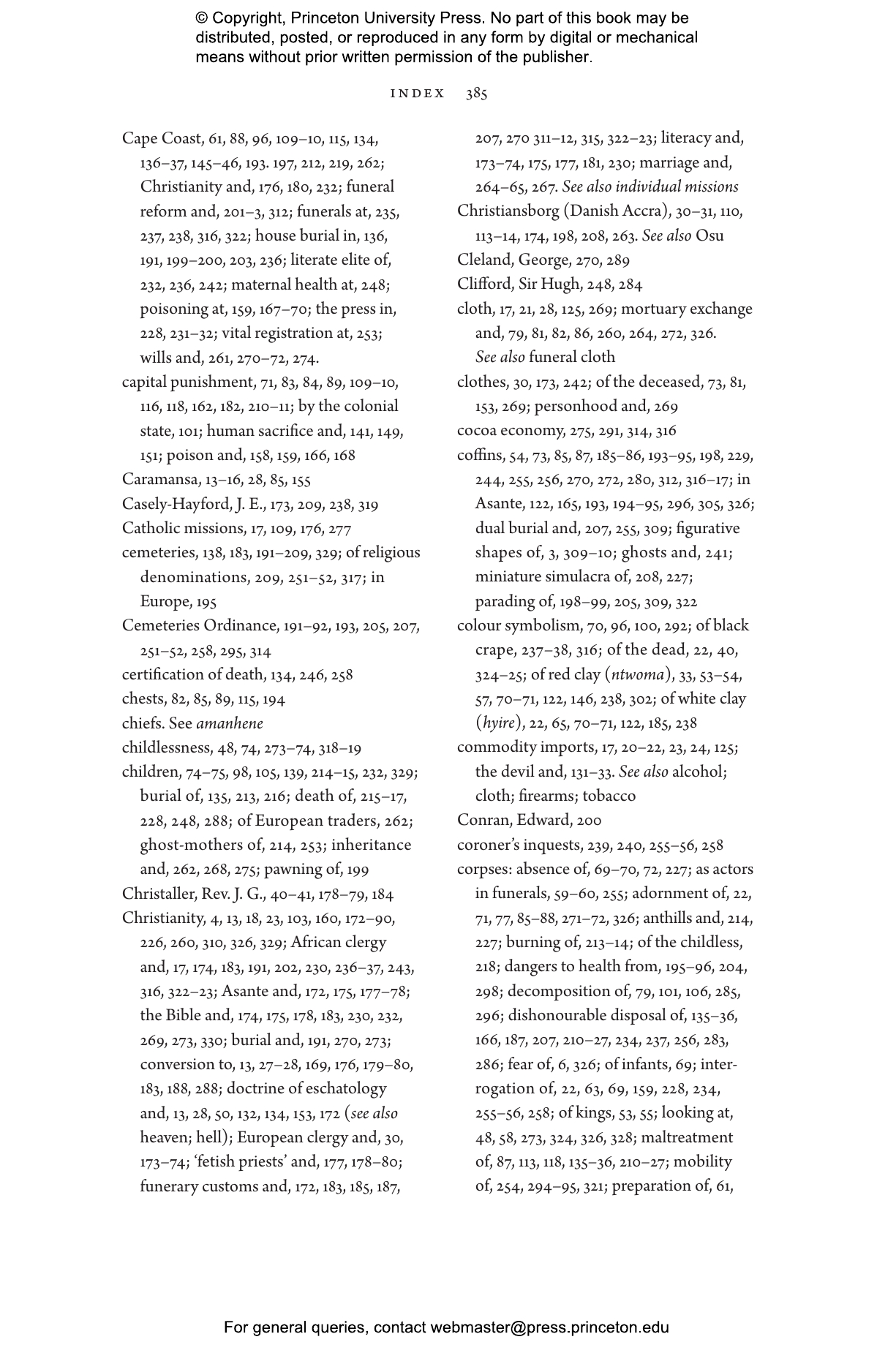 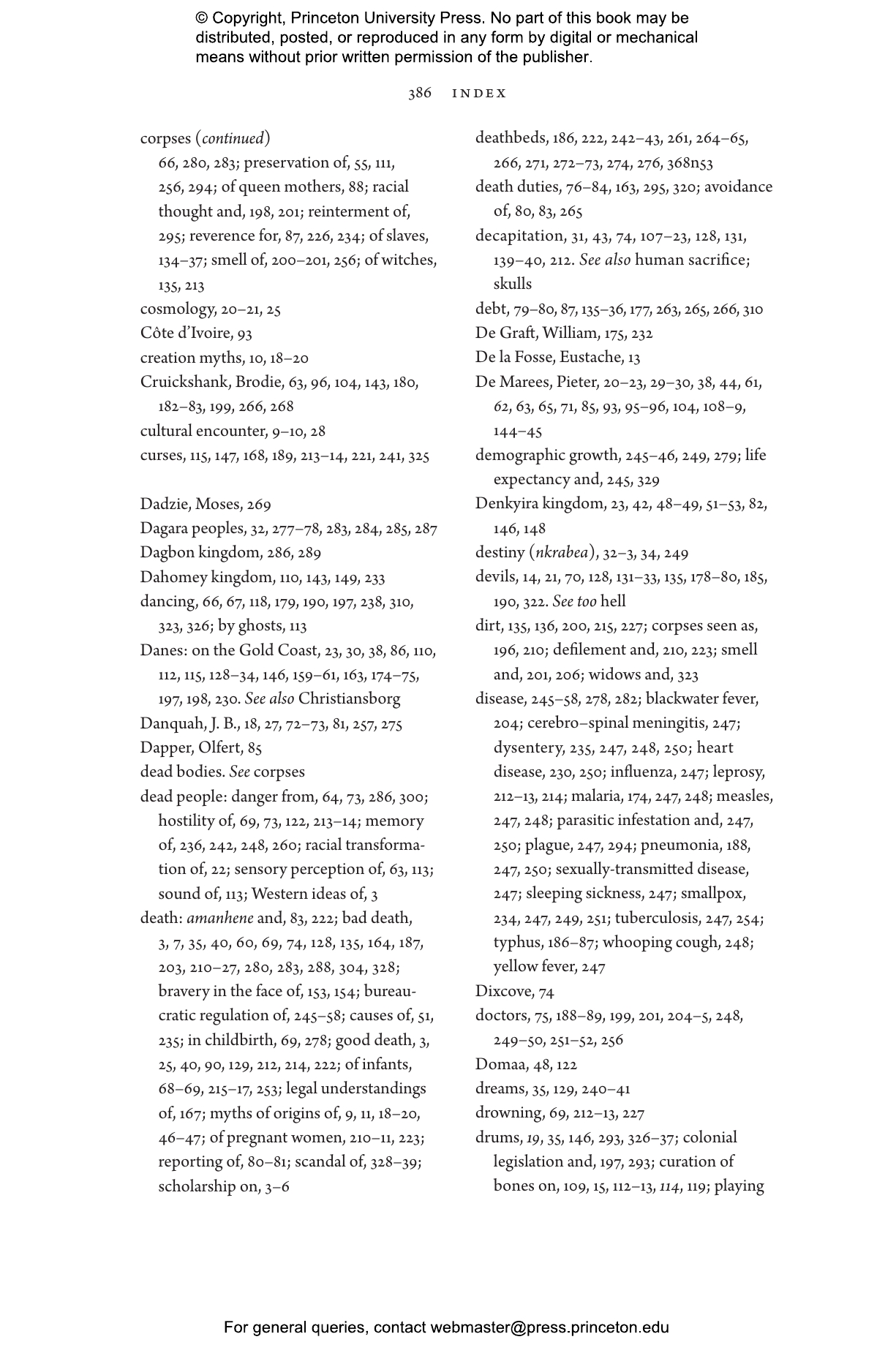 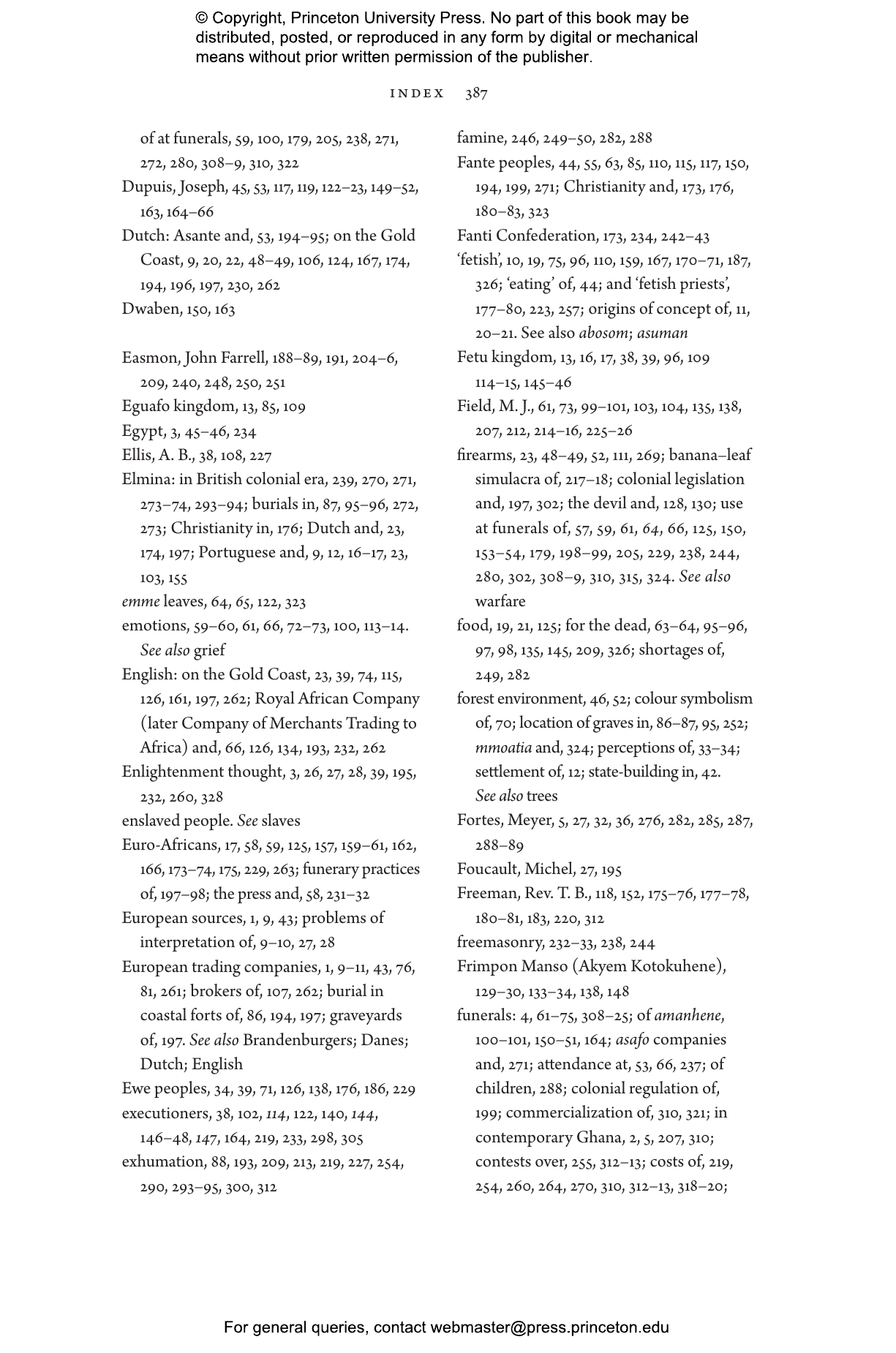 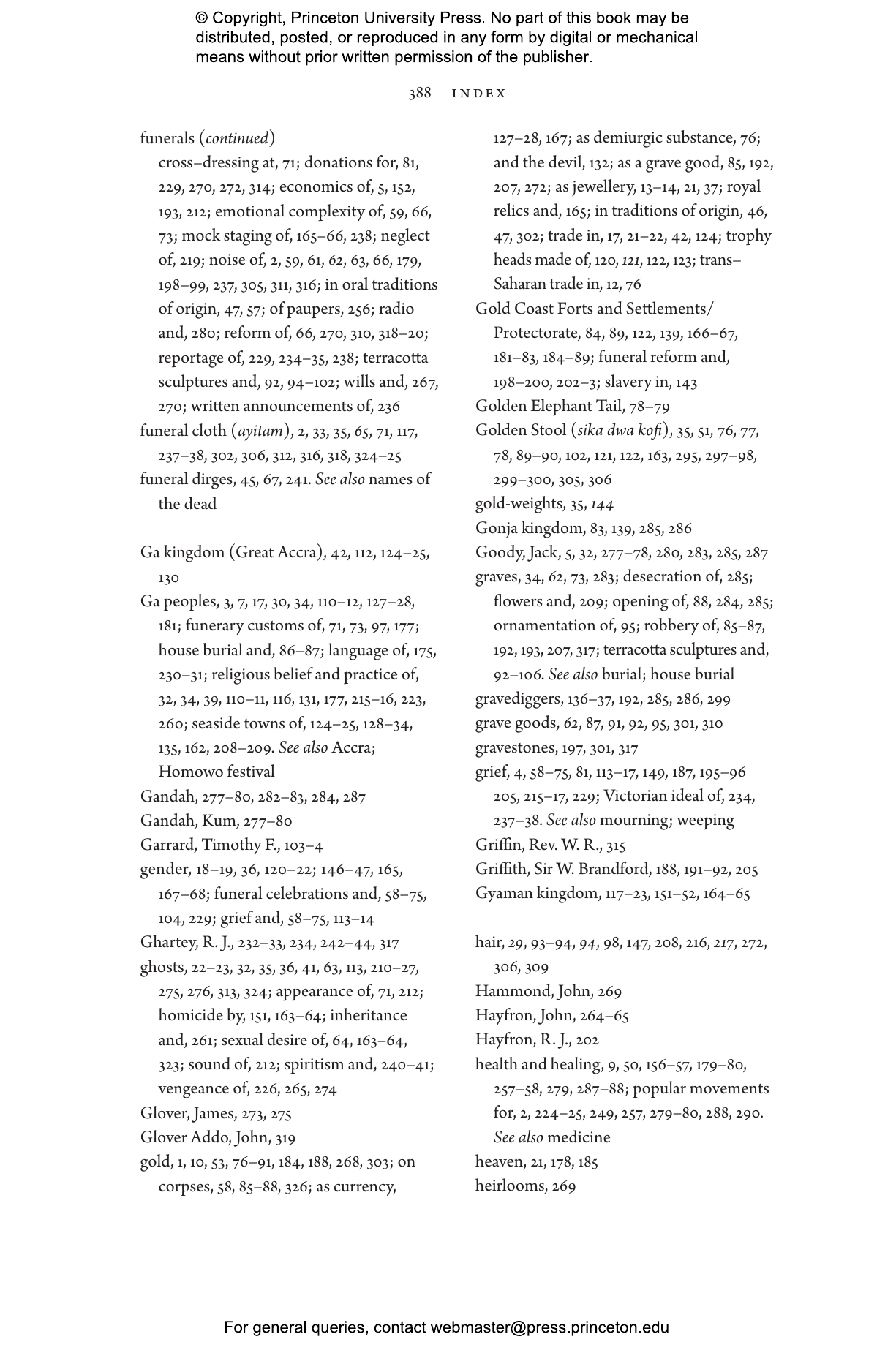 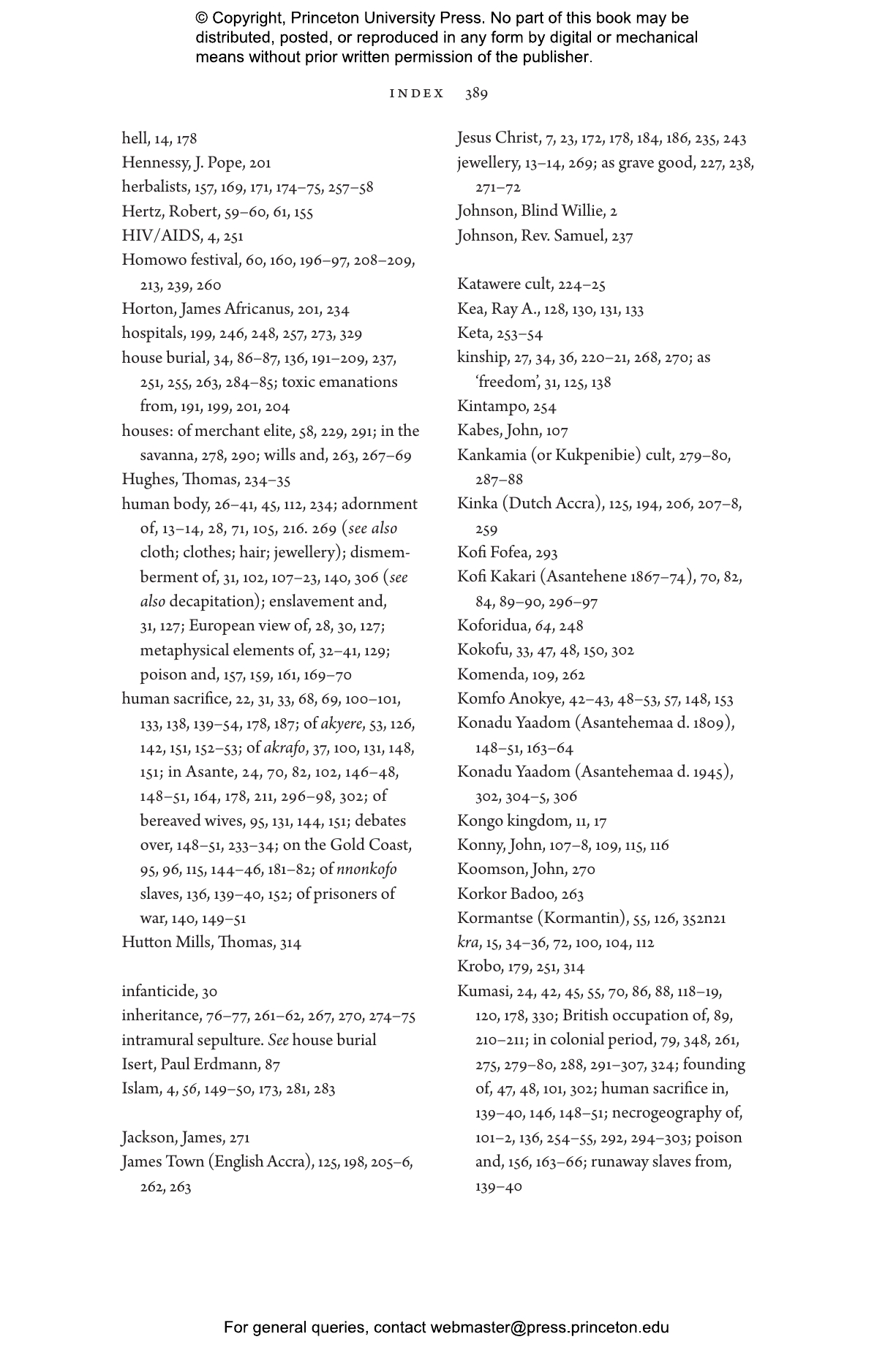 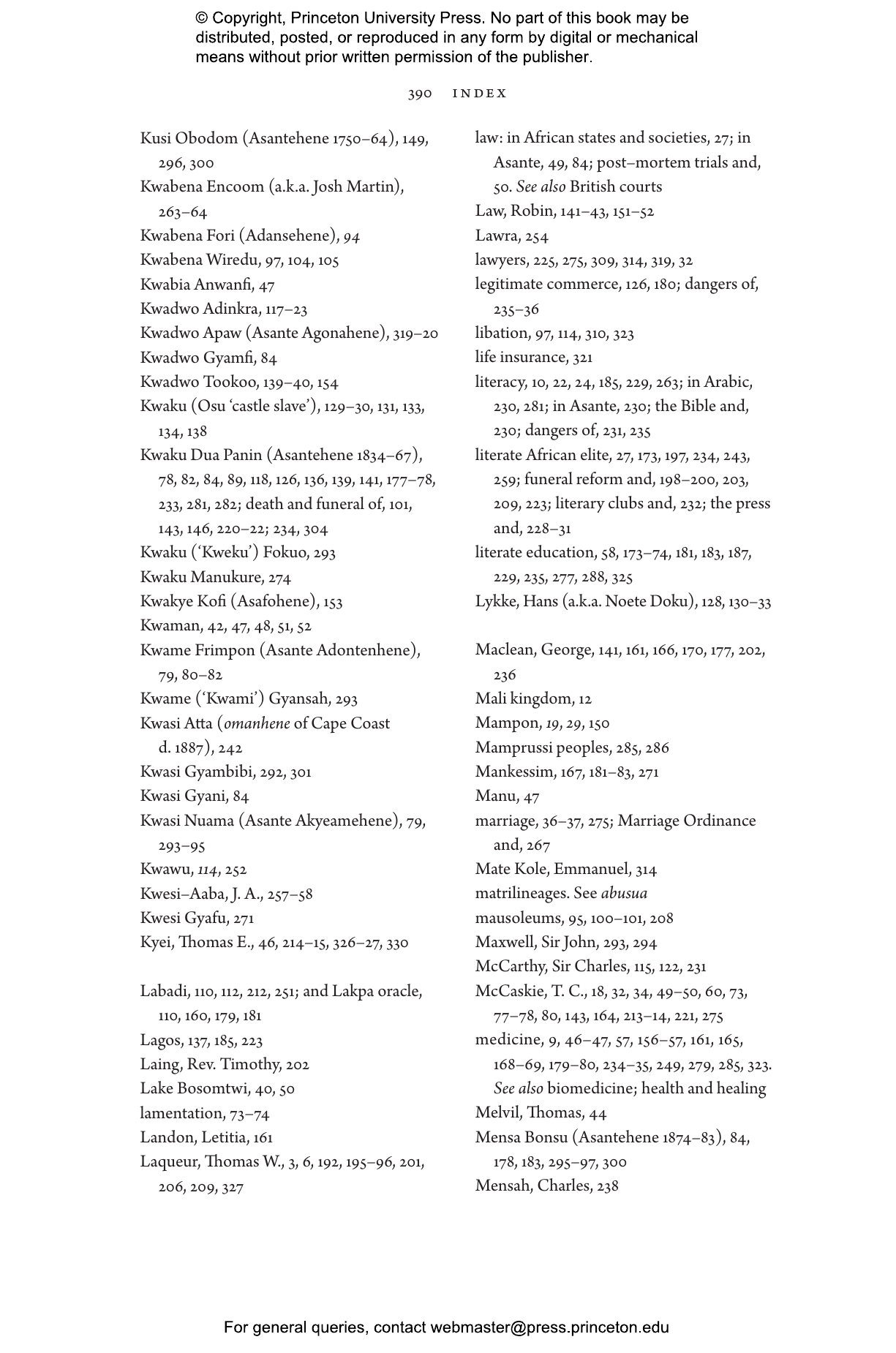 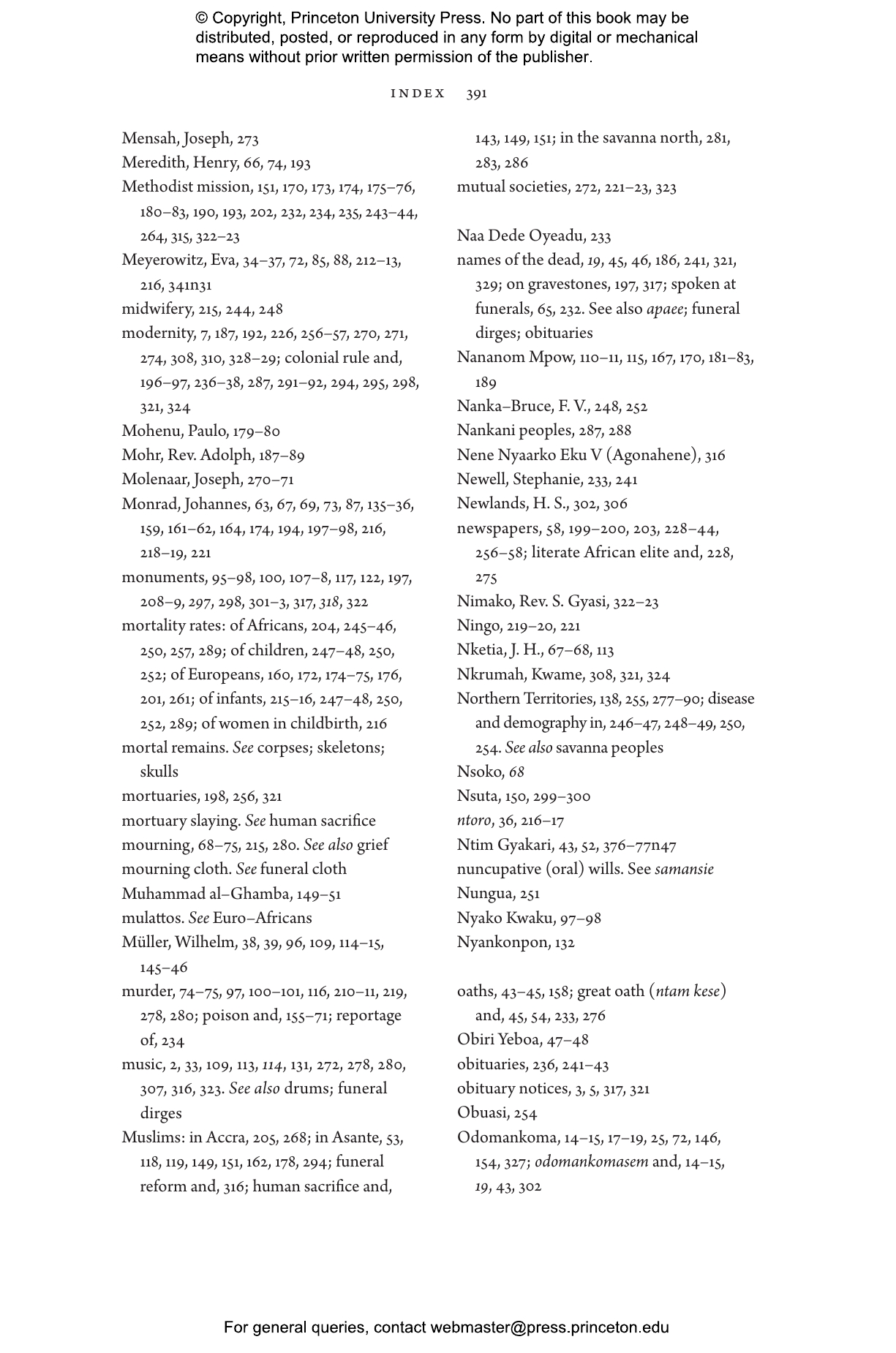 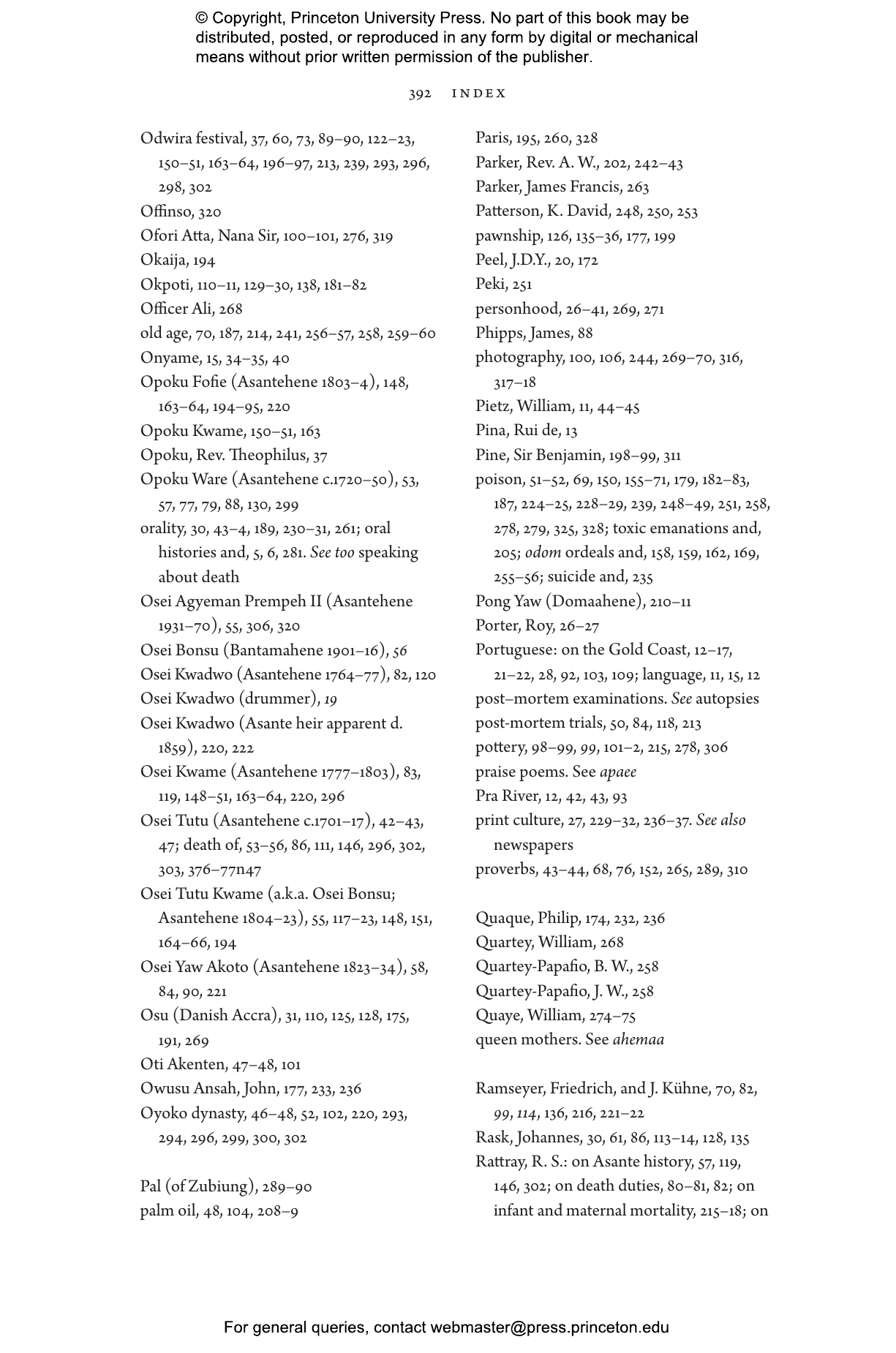 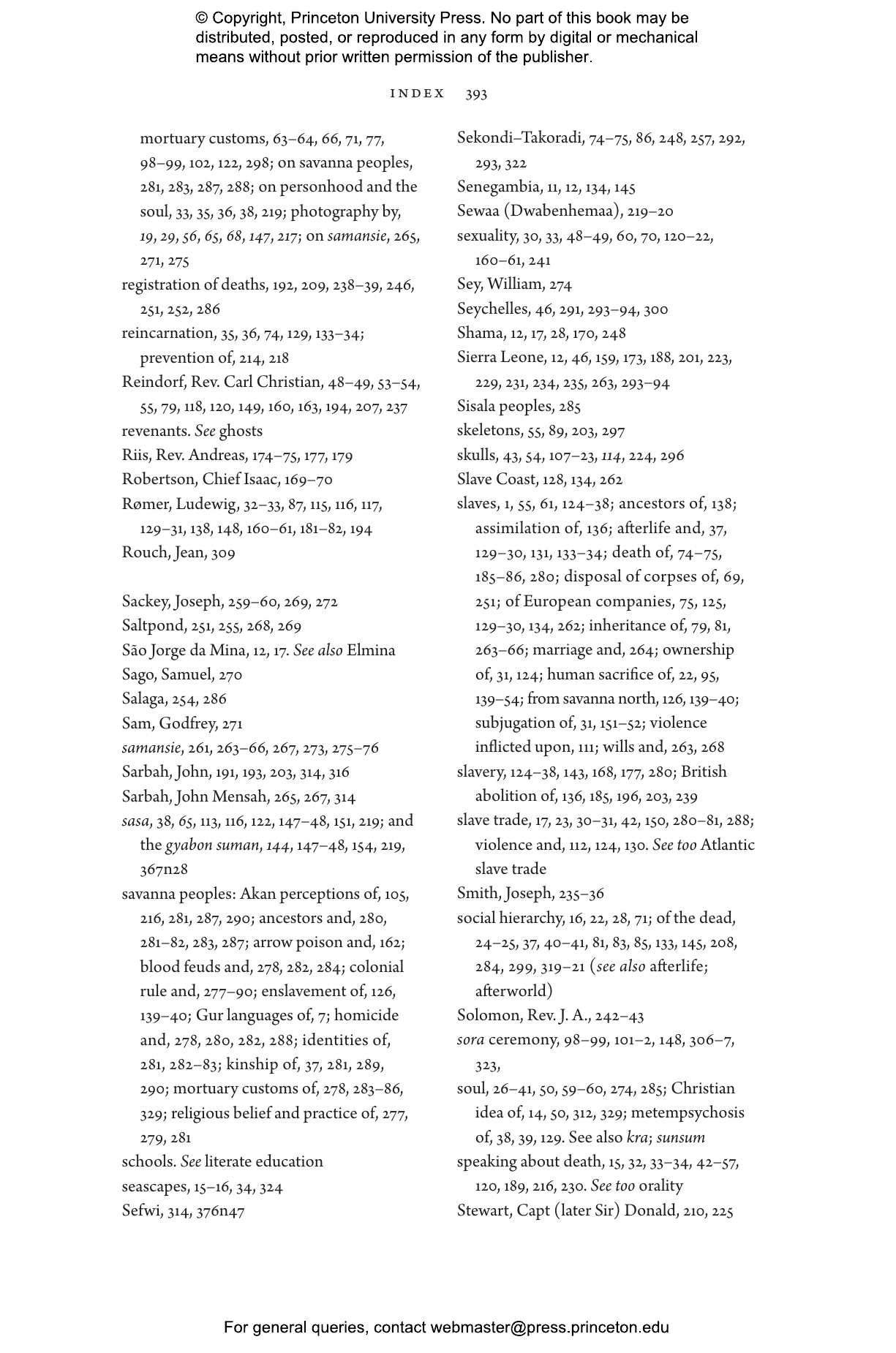 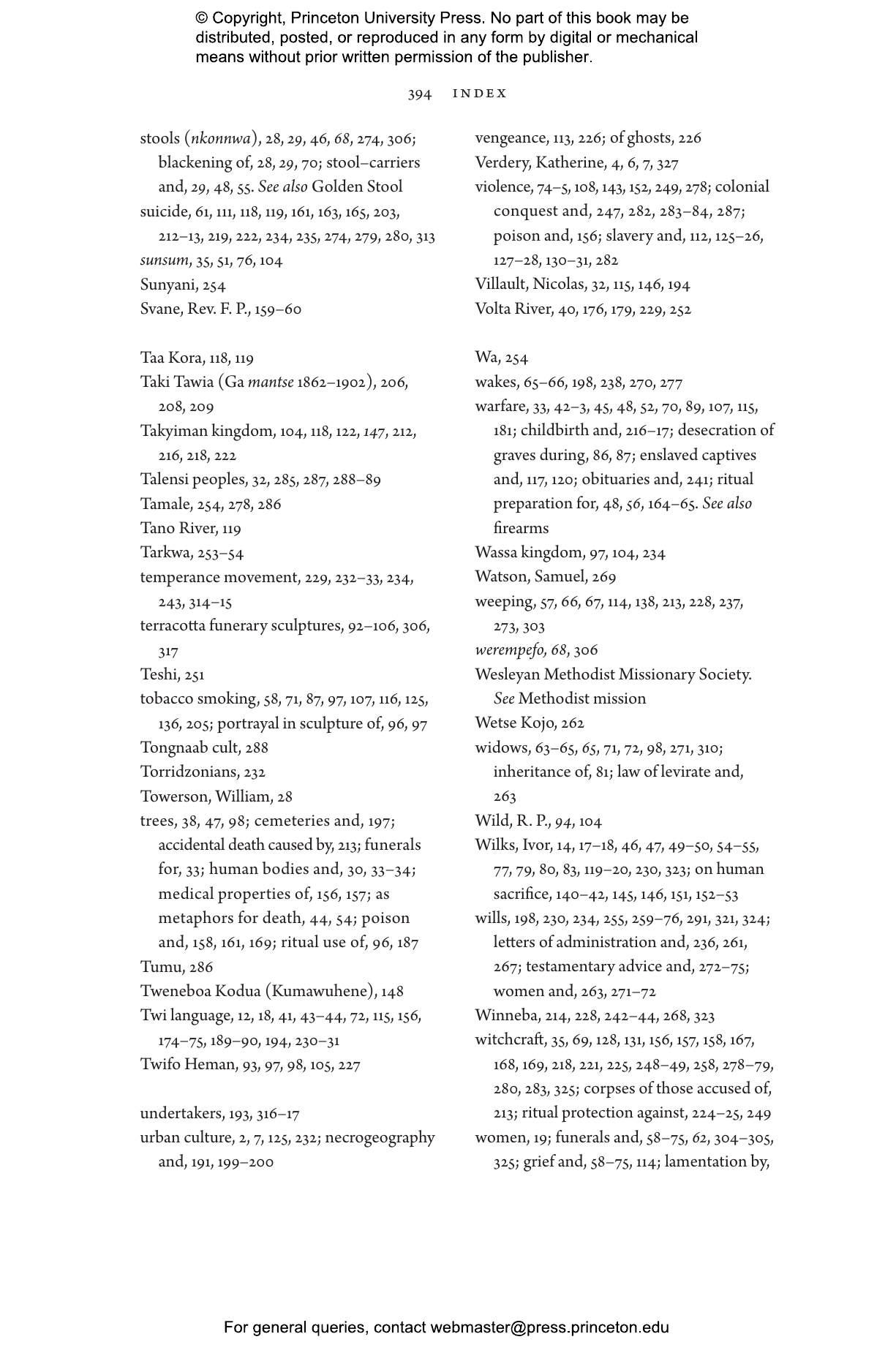 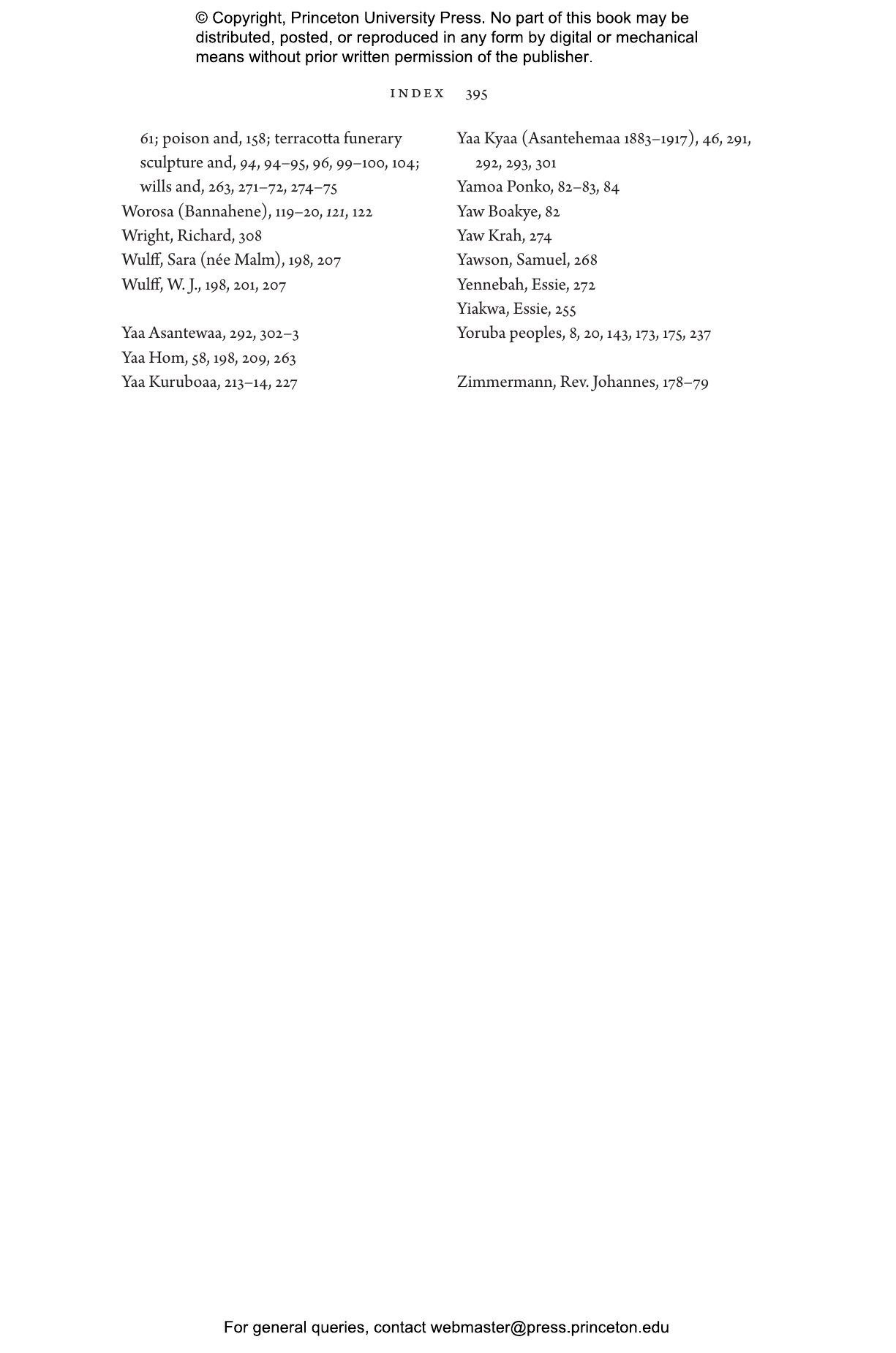 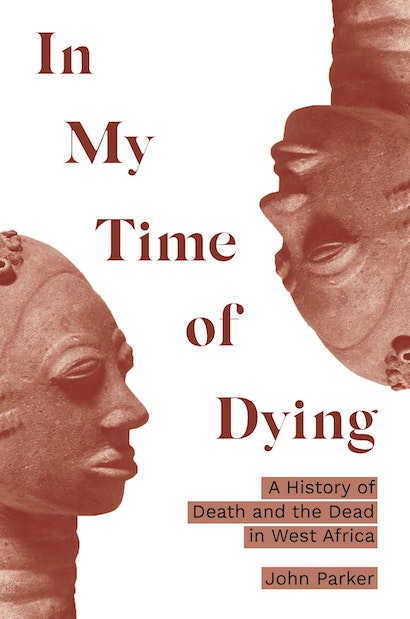 In My Time of Dying is the first detailed history of death and the dead in Africa south of the Sahara. Focusing on a region that is now present-day Ghana, John Parker explores mortuary cultures and the relationship between the living and the dead over a four-hundred-year period spanning the seventeenth to twentieth centuries. Parker considers many questions from the African historical perspective, including why people die and where they go after death, how the dead are buried and mourned to ensure they continue to work for the benefit of the living, and how perceptions and experiences of death and the ends of life have changed over time.

From exuberant funeral celebrations encountered by seventeenth-century observers to the brilliantly conceived designer coffins of the late twentieth century, Parker shows that the peoples of Ghana have developed one of the world’s most vibrant cultures of death. He explores the unfolding background of that culture through a diverse range of issues, such as the symbolic power of mortal remains and the dominion of hallowed ancestors, as well as the problem of bad deaths, vile bodies, and vengeful ghosts. Parker reconstructs a vast timeline of death and the dead, from the era of the slave trade to the coming of Christianity and colonial rule to the rise of the modern postcolonial nation.

With an array of written and oral sources, In My Time of Dying richly adds to an understanding of how the dead continue to weigh on the shoulders of the living.

John Parker teaches the history of Africa at SOAS University of London. His books include Making the Town: Ga State and Society in Early Colonial Accra, Tongnaab: The History of a West African God, and African History: A Very Short Introduction.

"[A] bold, sweeping analysis of the actions of the living in commemorating the dead over several centuries of Ghana’s history."—Choice Reviews

"In My Time of Dying is one of the most original books on West African history that I have read. Parker's thoughtful and insightful approach to death offers a window into some of the most profound transformations of the past four centuries, as ideologies of ancestral celebration, human increase, and royal control over life and death have learnt to coexist with the medicalization and bureaucratization of the modern era."—Toby Green, King’s College London

"Fascinating and wonderfully ambitious, In My Time of Dying looks at the Gold Coast and Ghana to discuss ideas about death and the dead, and the changing experiences and perceptions of death in Africa. An exciting and richly textured historical tapestry, this book is a tour de force."—Edmund Abaka, University of Miami