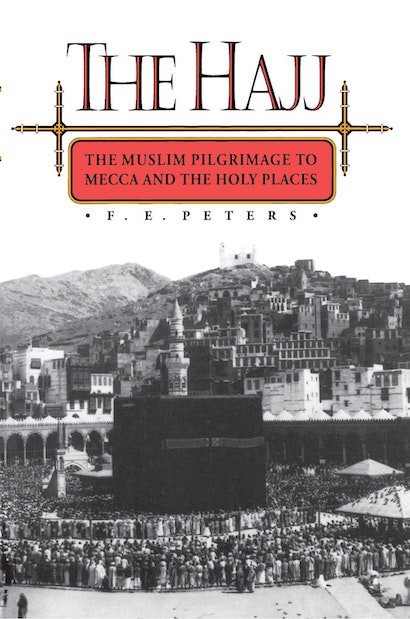 Among the duties God imposes upon every Muslim capable of doing so is a pilgrimage to the holy places in and around Mecca in Arabia. Not only is it a religious ritual filled with blessings for the millions who make the journey annually, but it is also a social, political, and commercial experience that for centuries has set in motion a flood of travelers across the world’s continents. Whatever its outcome — spiritual enrichment, cultural exchange, financial gain or ruin — the road to Mecca has long been an exhilarating human adventure. By collecting the firsthand accounts of these travelers and shaping their experiences into a richly detailed narrative, F. E. Peters here provides an unparalleled literary history of the central ritual of Islam from its remote pre-Islamic origins to the end of the Hashimite Kingdom of the Hijaz in 1926.

F. E. Peters is Professor of Near Eastern Languages and Literatures and History at New York University. Among his many books published by Princeton University Press are: Mecca; Children of Abraham; Judaism, Christianity, and Islam; Jerusalem; and Reader on Classical Islam.

"Peters's The Hajj provides a clear and accurate picture of the organization of [Muslim] rituals. His book is ... sufficiently comprehensive to replace older accounts of the Hajj. By reading the sources it cites, one can follow the key rituals in some detail."—Robert Irwin, The London Review of Books

"A strong impression of the powerful impact of the pilgrimage on all who witnessed it."—Francis Robinson, The Times Literary Supplement