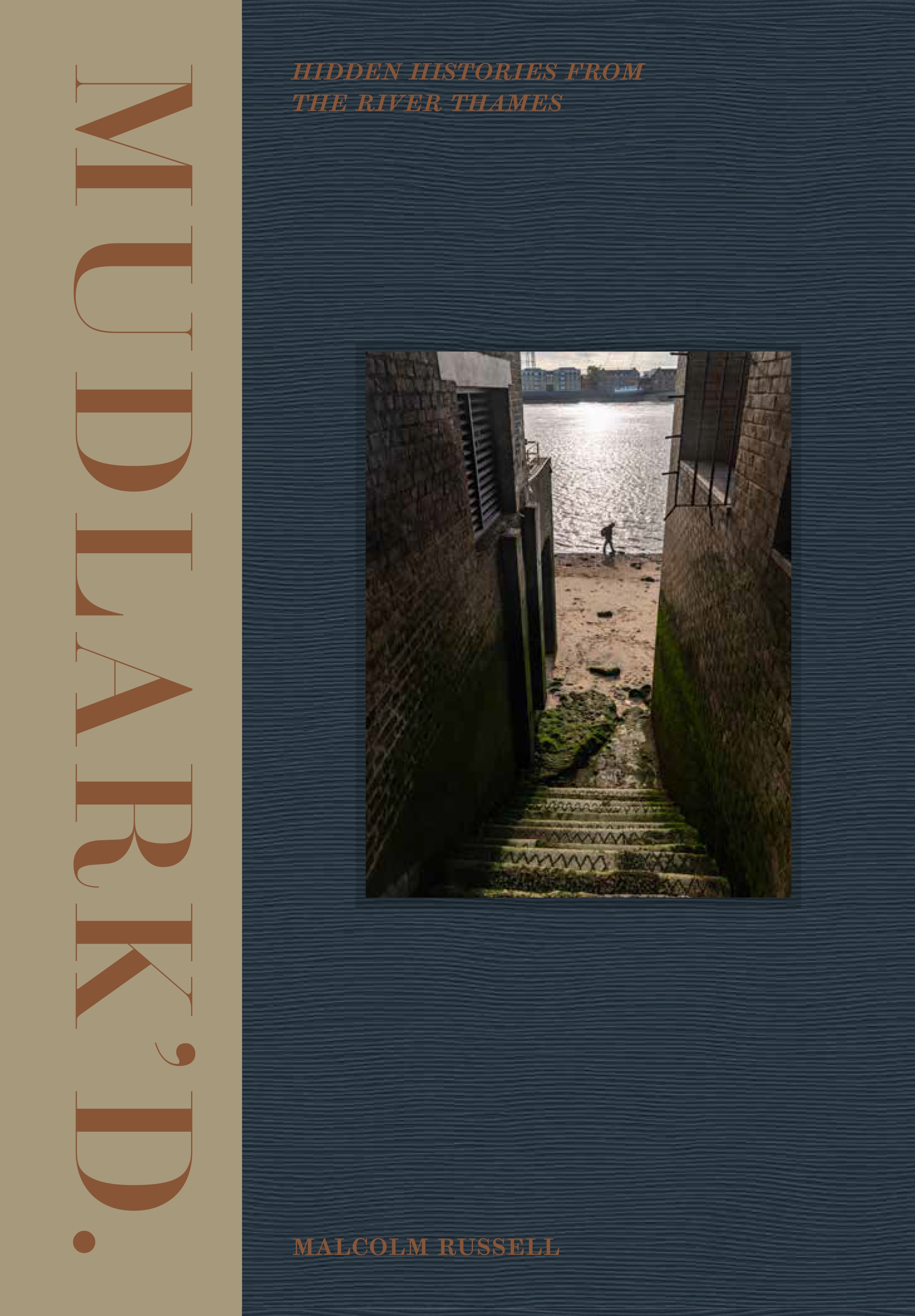 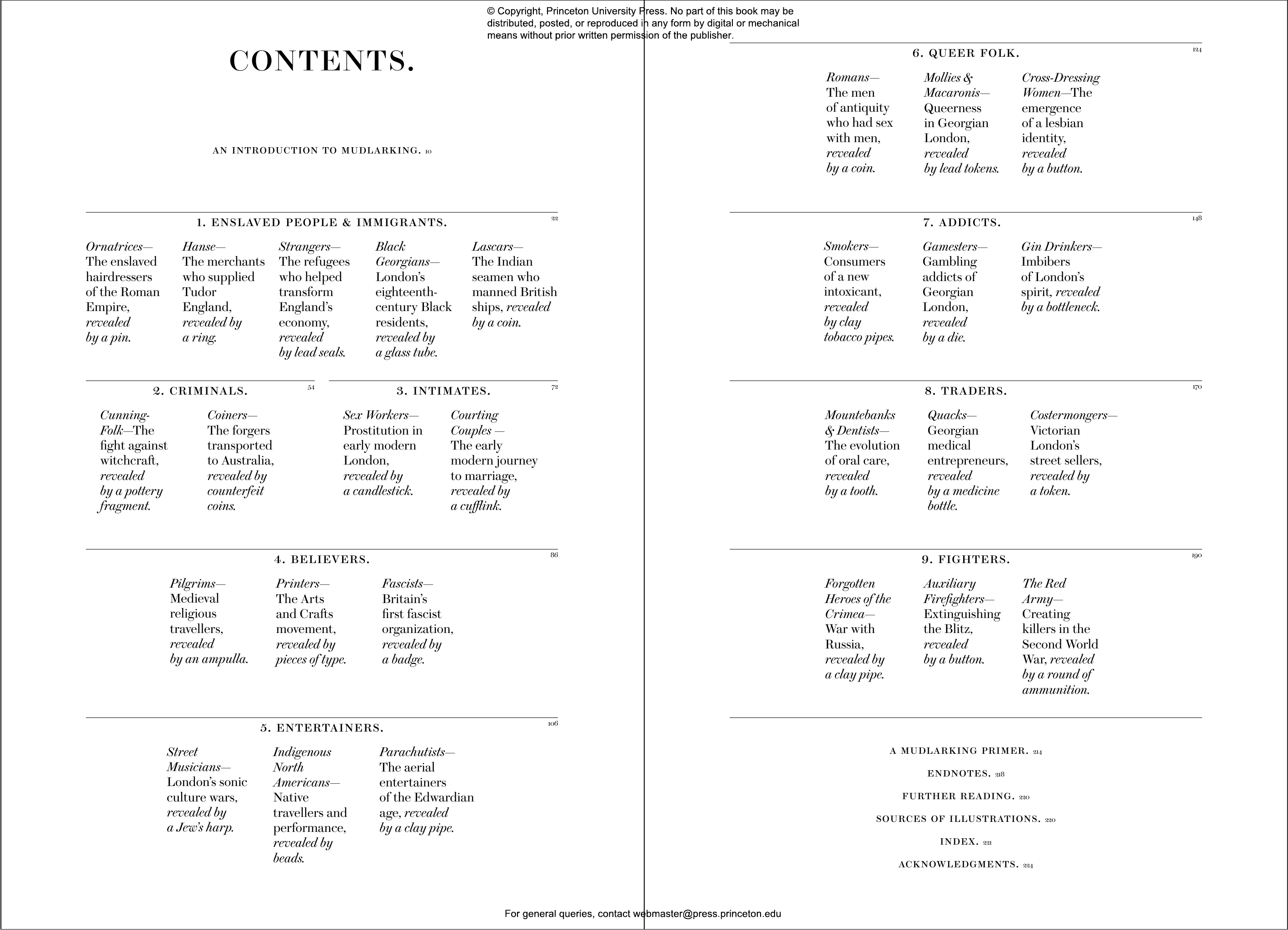 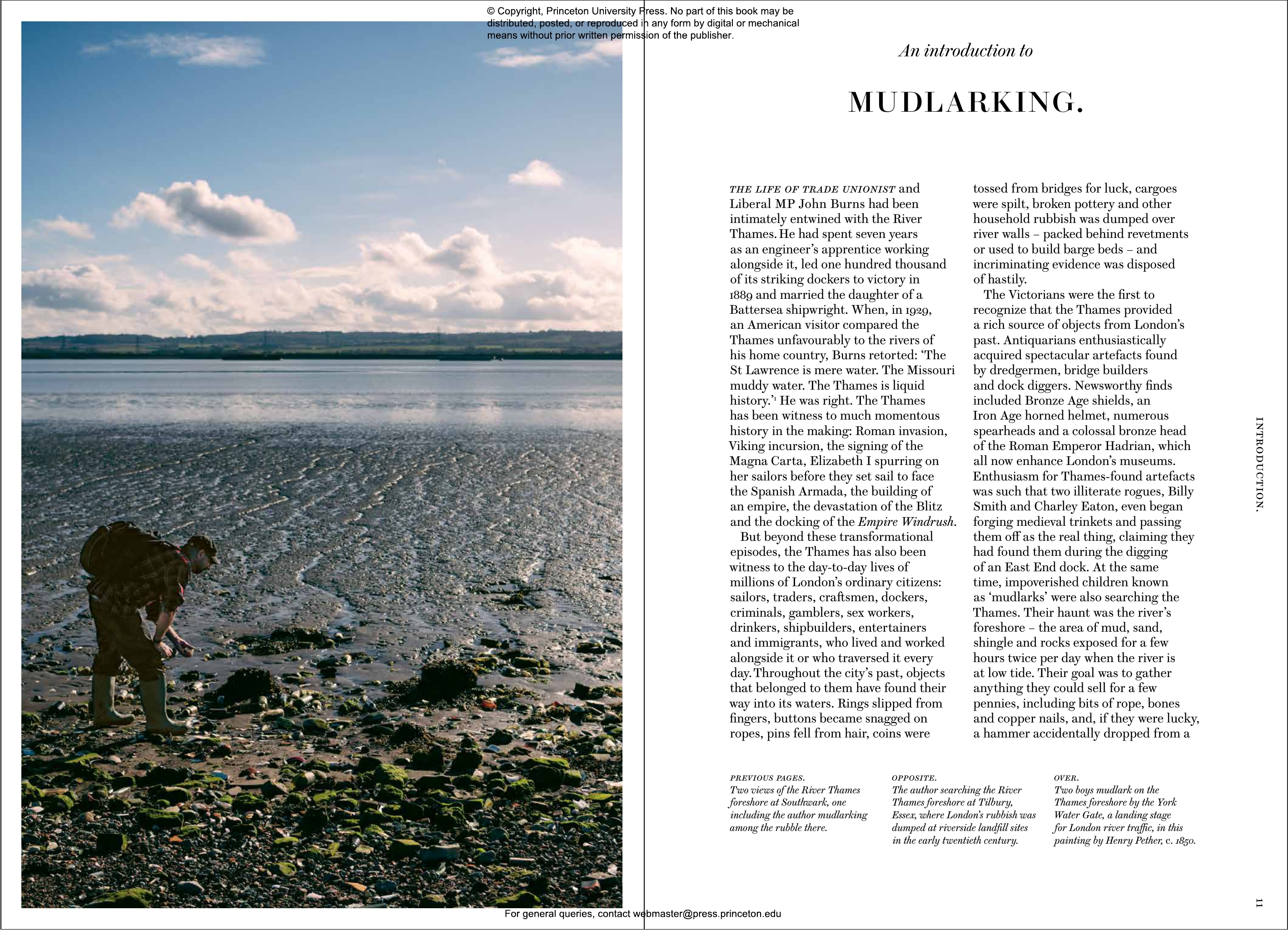 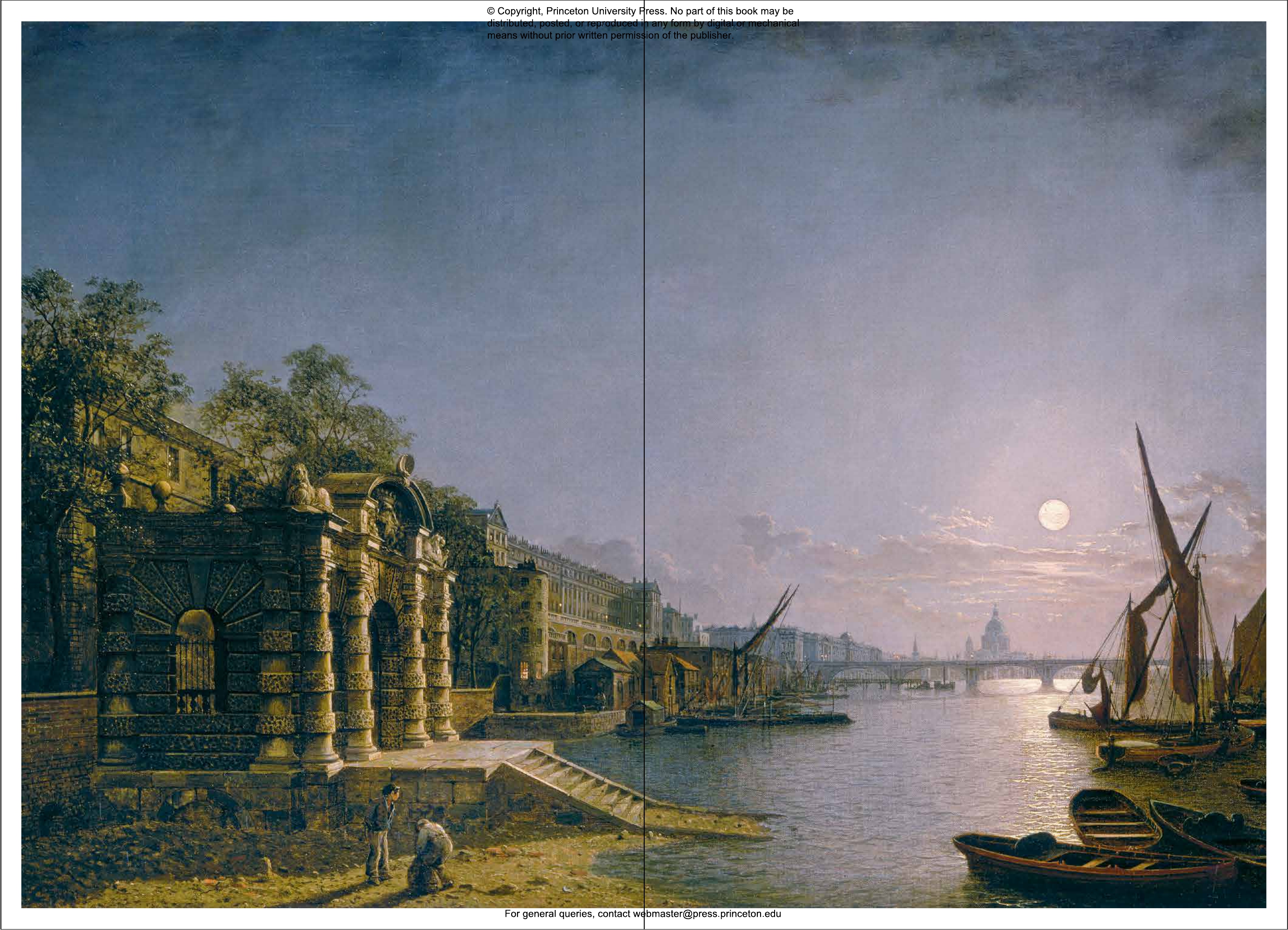 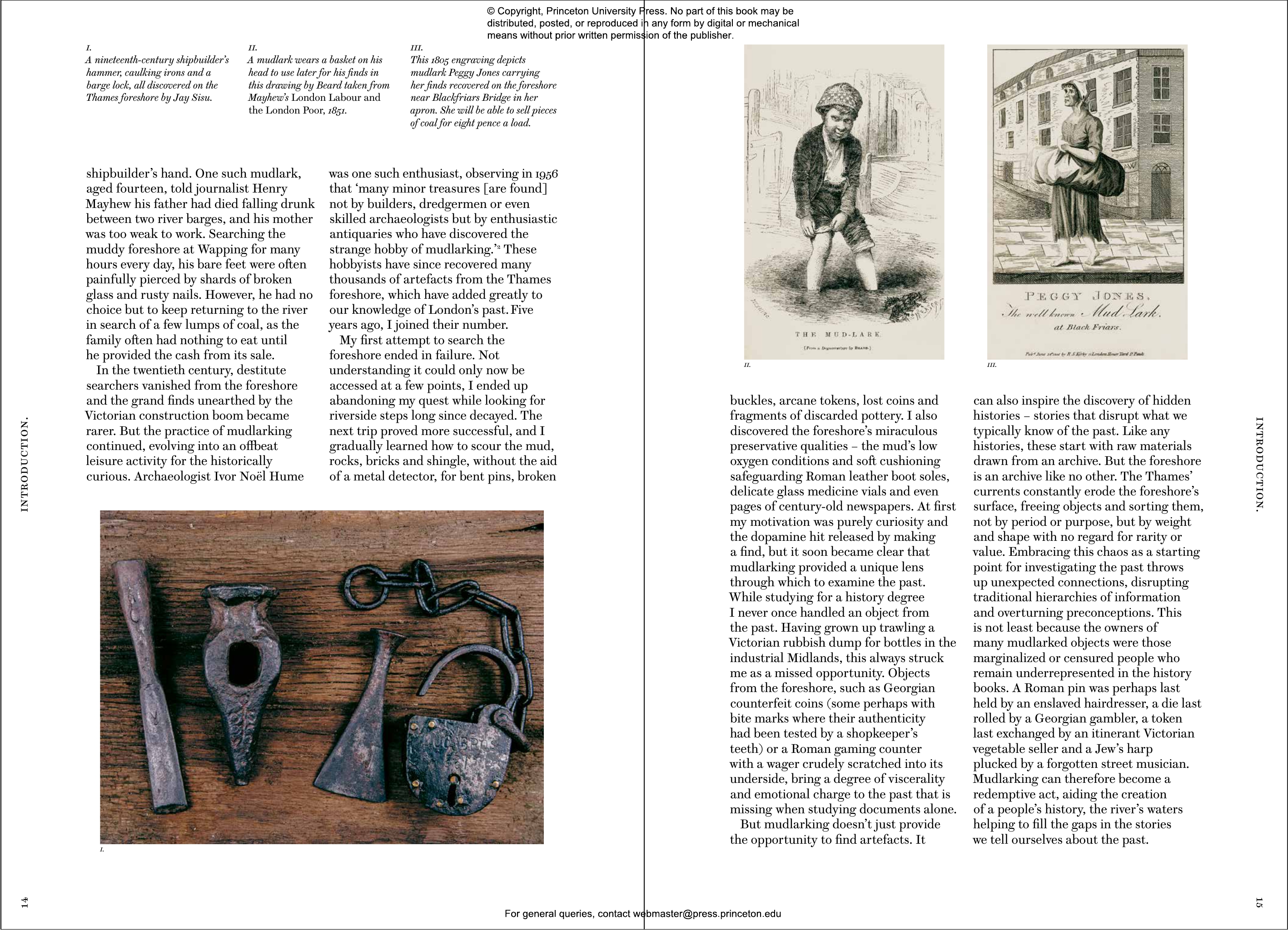 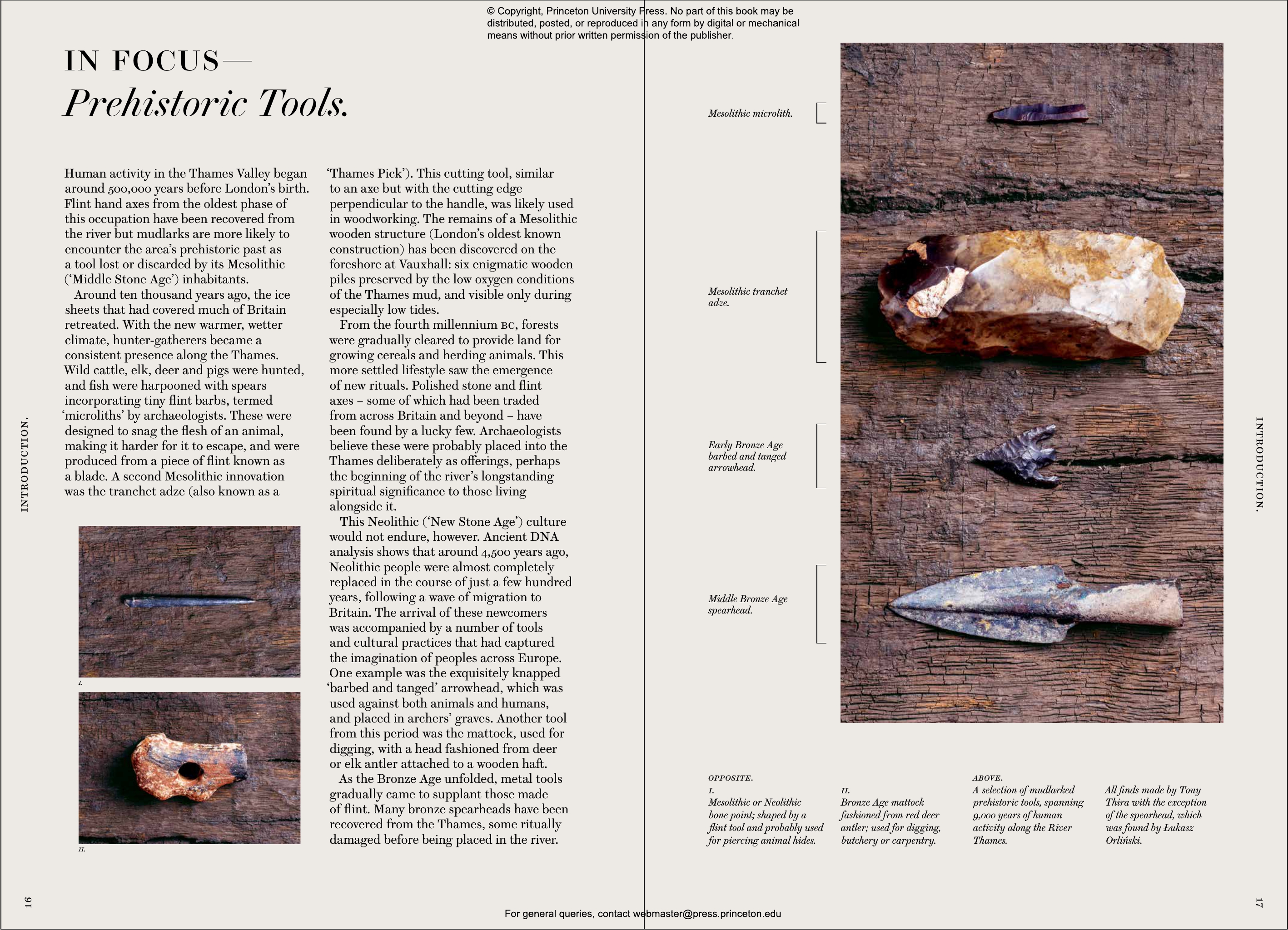 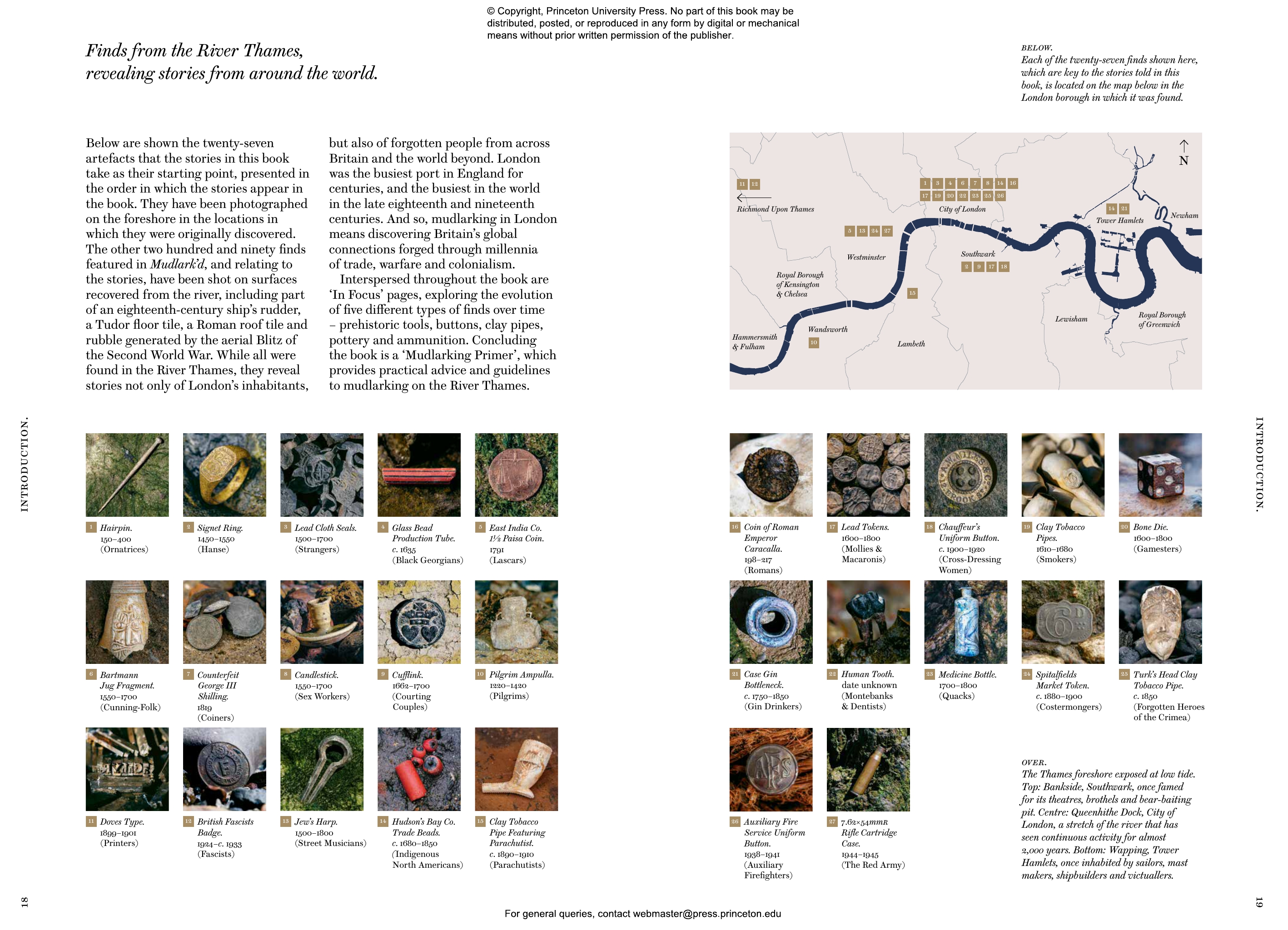 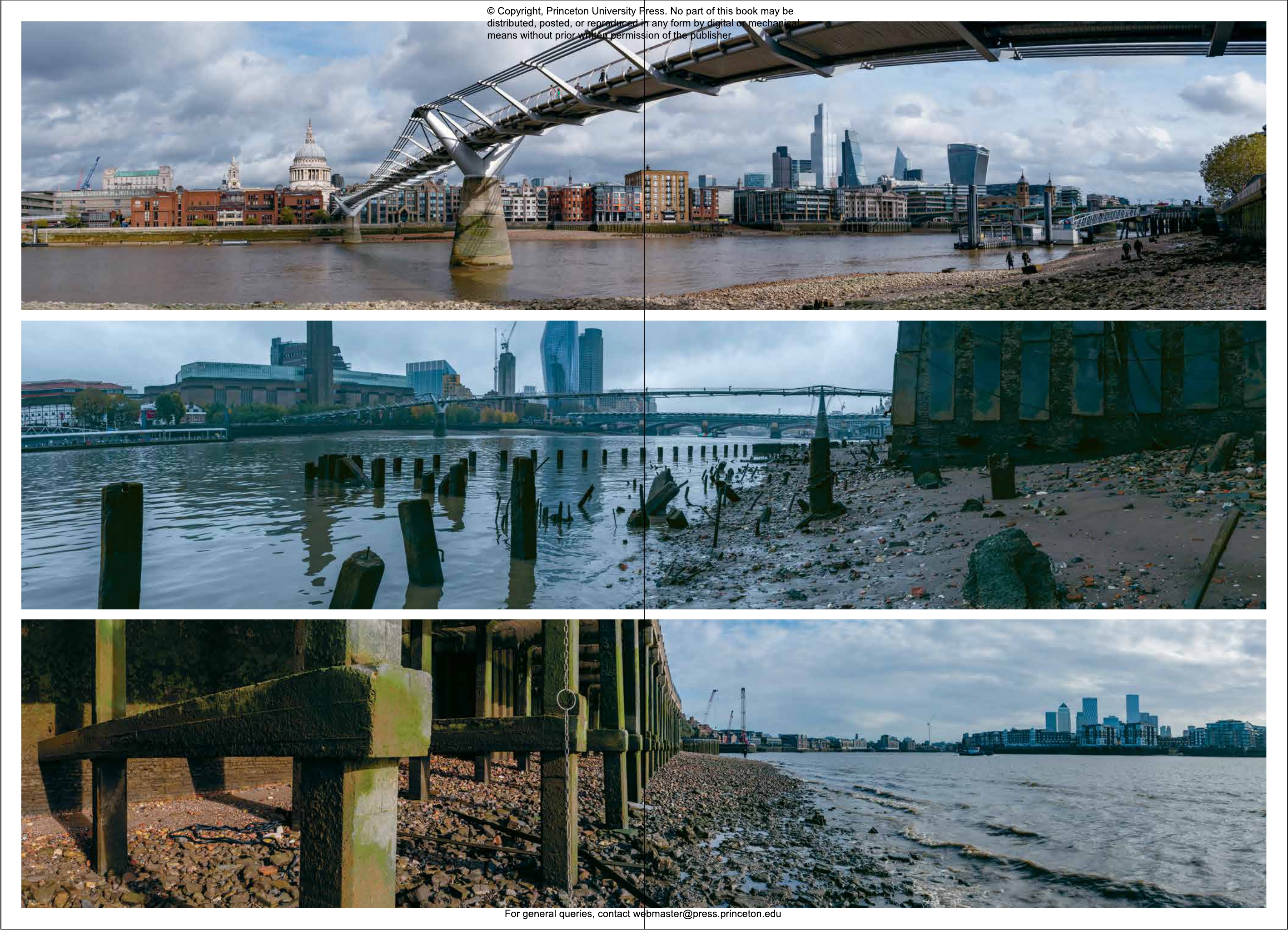 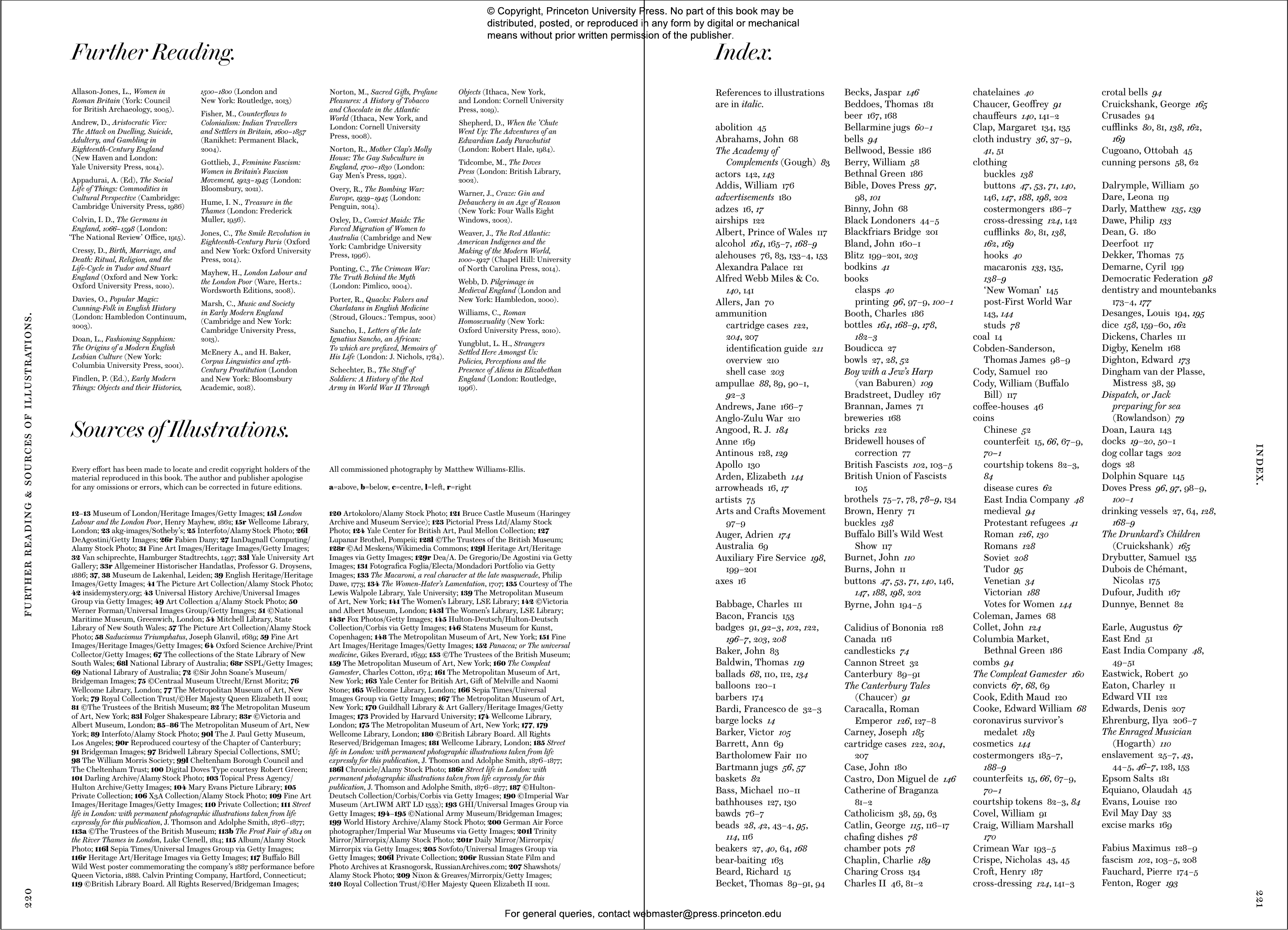 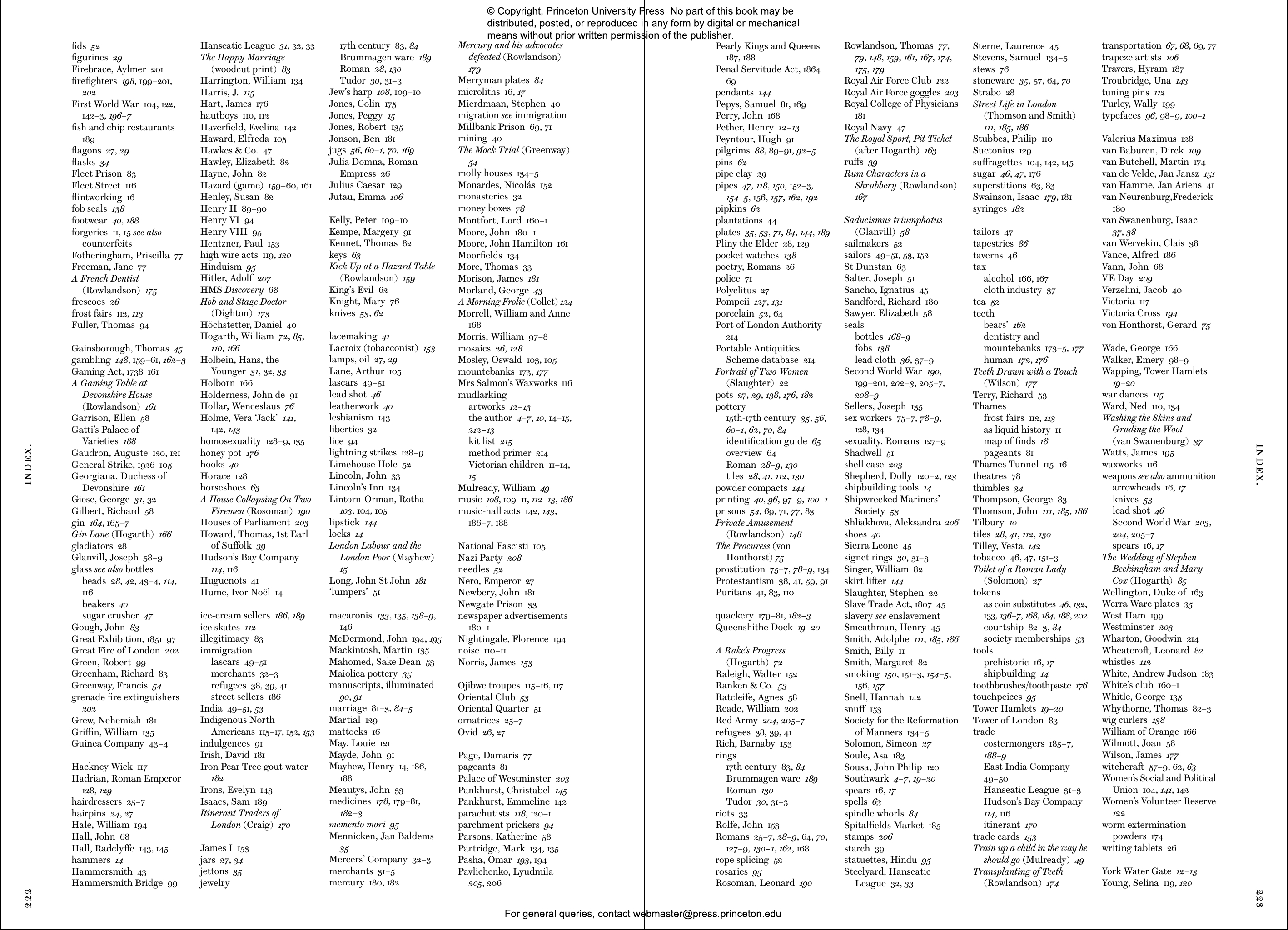 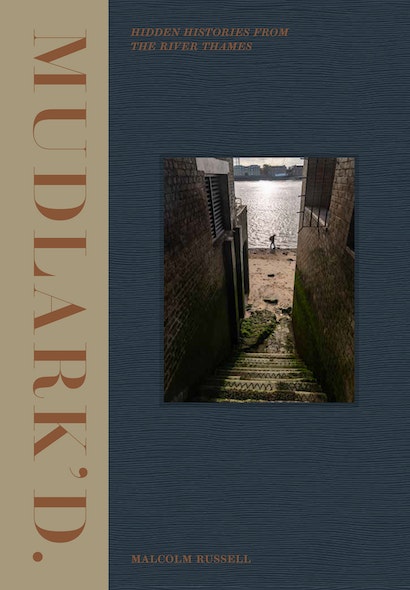 Mudlark’d combines insights from two hundred rare objects discovered on the foreshore of the River Thames with a wealth of breathtaking illustrations to uncover the hidden histories of ordinary people from prehistory to today. Malcolm Russell tells the stories behind each find, revealing the habits, customs, and artistry of the people who created and used it.

In the eighteenth and nineteenth centuries, London was the busiest port in the world, exchanging goods and ideas with people from every continent. The shores of the Thames have long been densely packed with taverns, brothels, and markets, and the river’s muddy banks are a repository of intriguing and precious objects that evoke long-forgotten ways of life. With Russell as your guide, a bottleneck of a jug is shown to be a talisman to counter the ill effects of witchcraft. Glass beads expose the brutal realities of the transatlantic slave trade. Clay tobacco pipes uncover the lives of Victorian magicians. A scrap of Tudor cloth illuminates the experiences of Dutch and French religious refugees.

These are just some of the stories told in Mudlark’d, which also contains a primer, giving advice on how to mudlark on tidal rivers around the world and outlining the tools and equipment you will need. 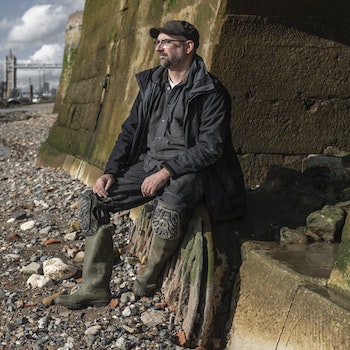 "A fascinating look at the front lines of amateur archaeology."—Mosaic