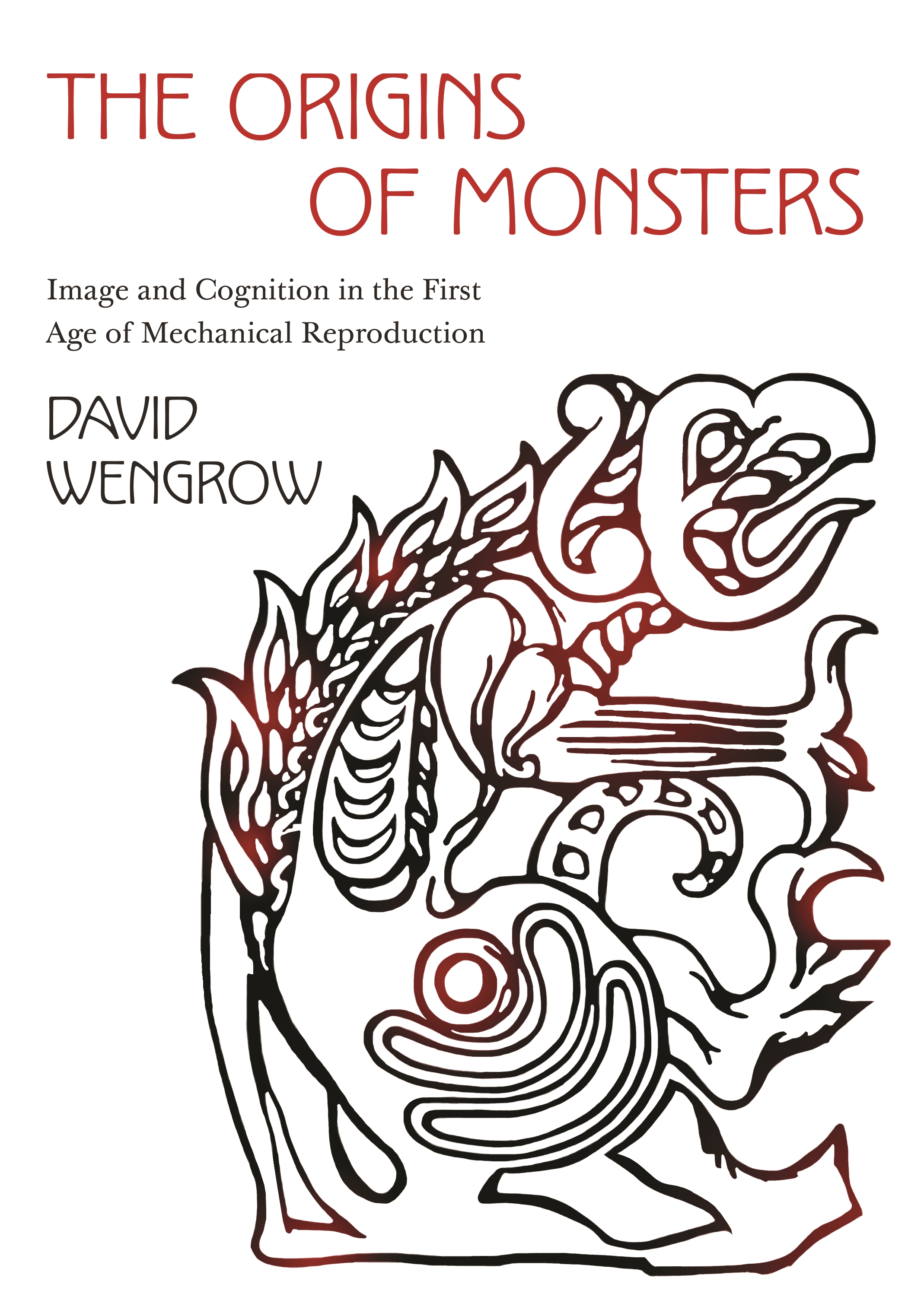 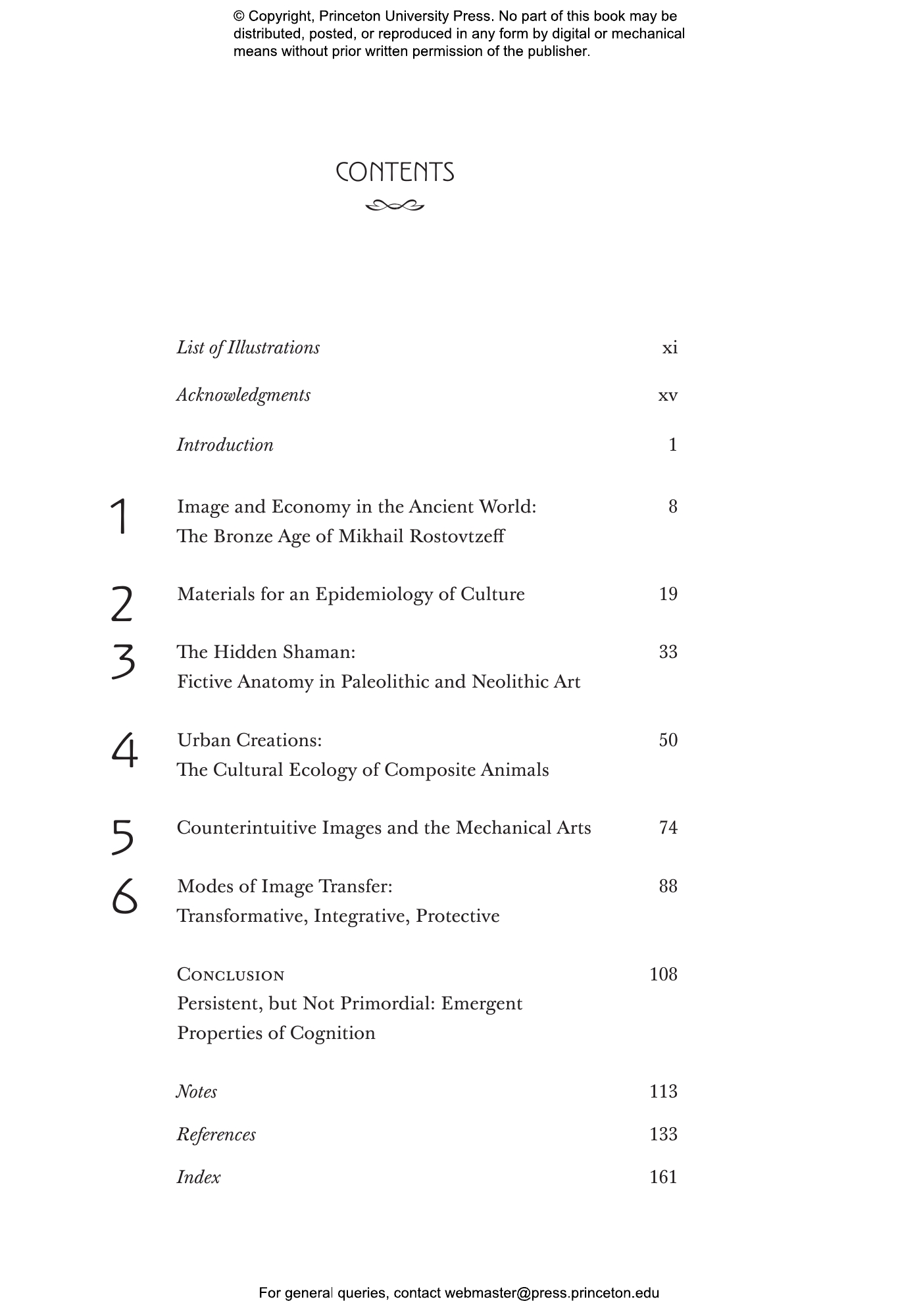 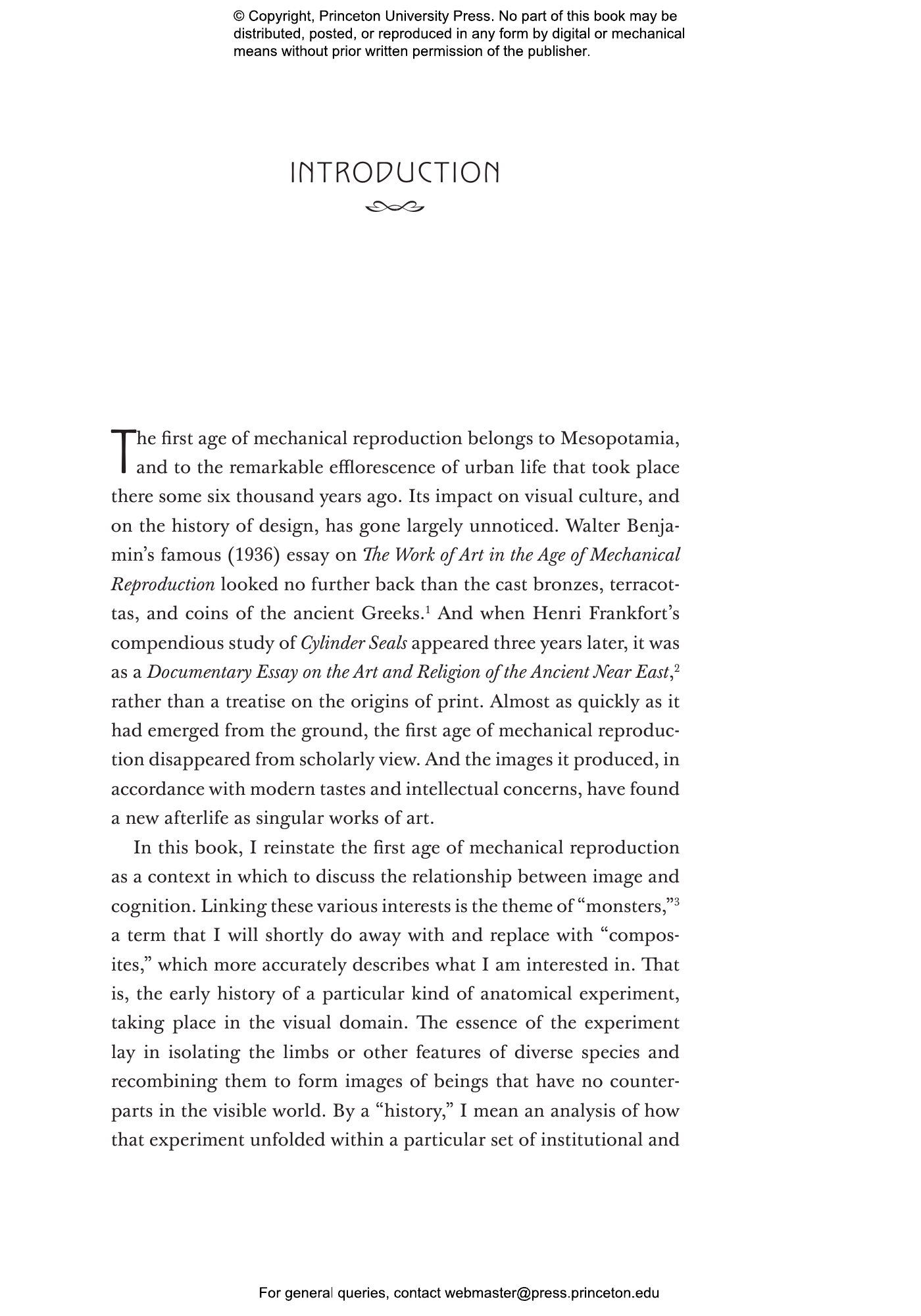 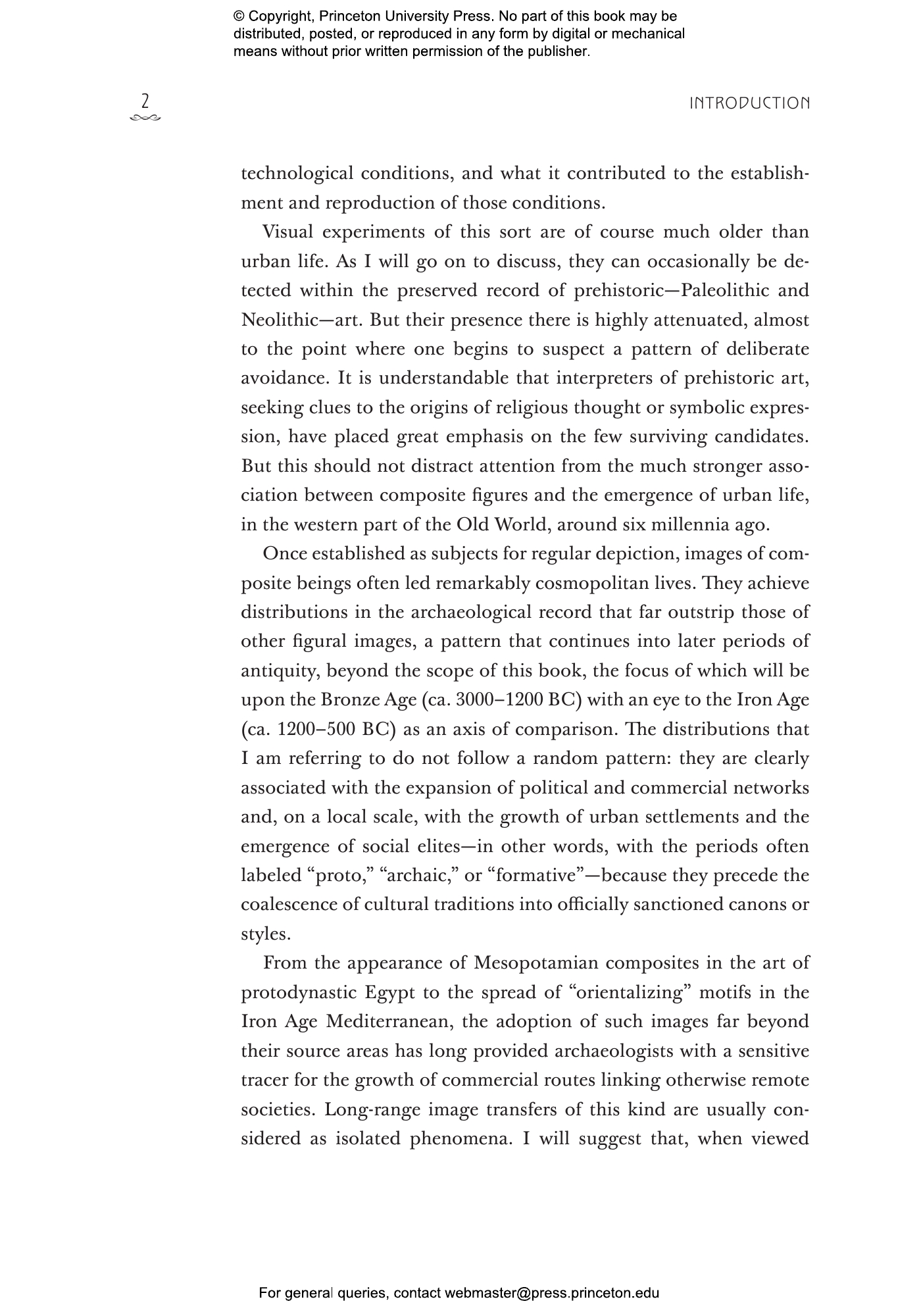 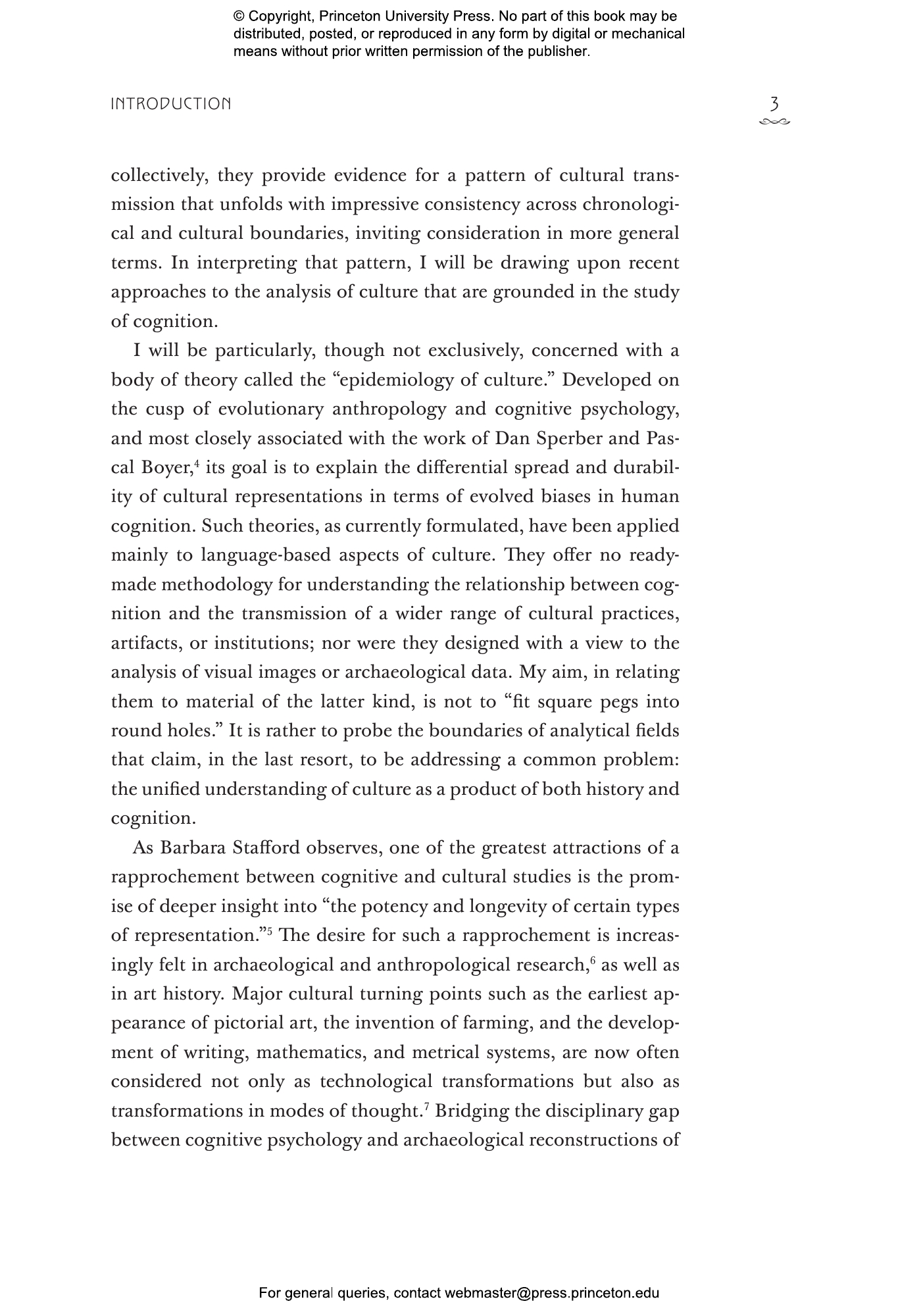 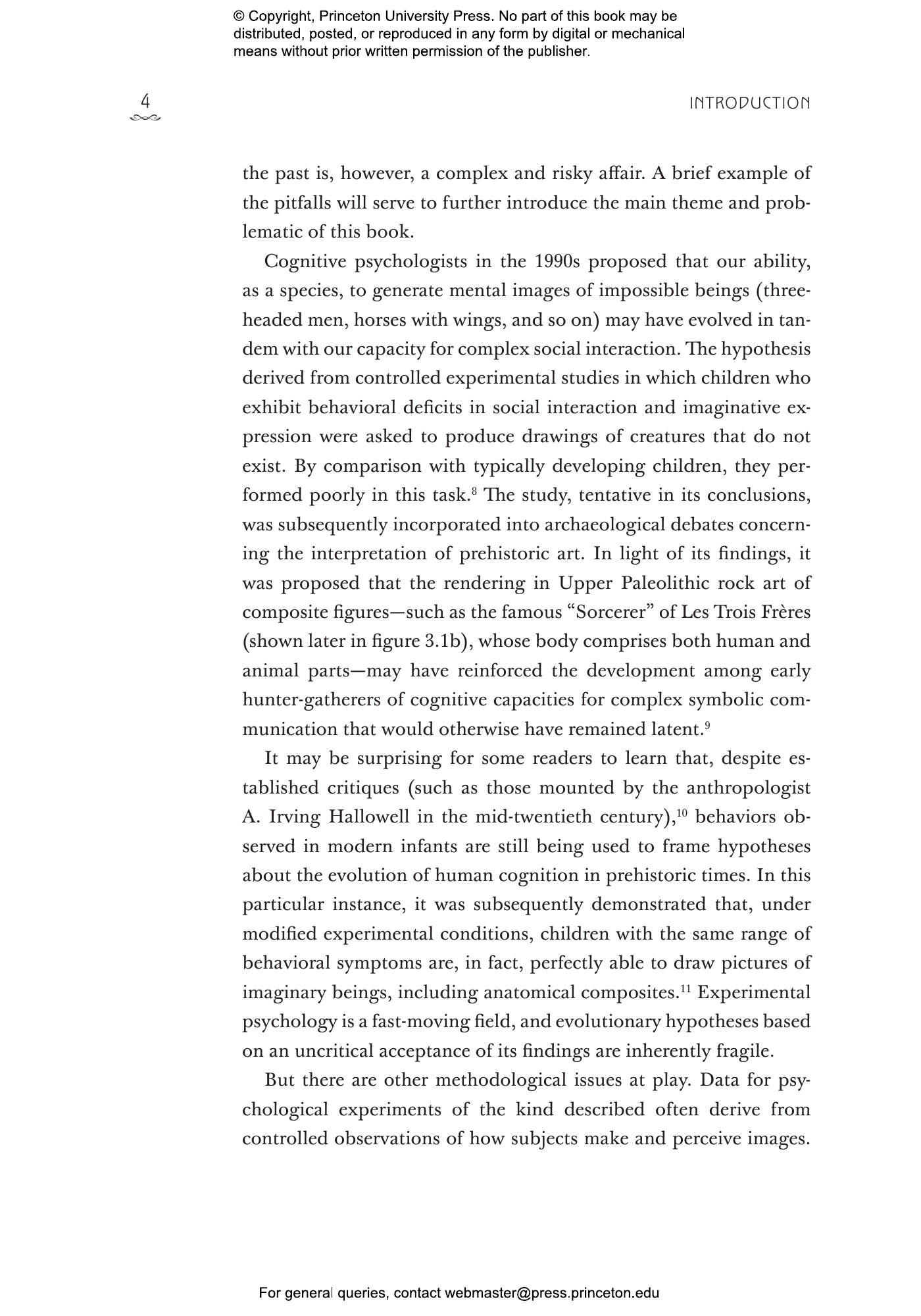 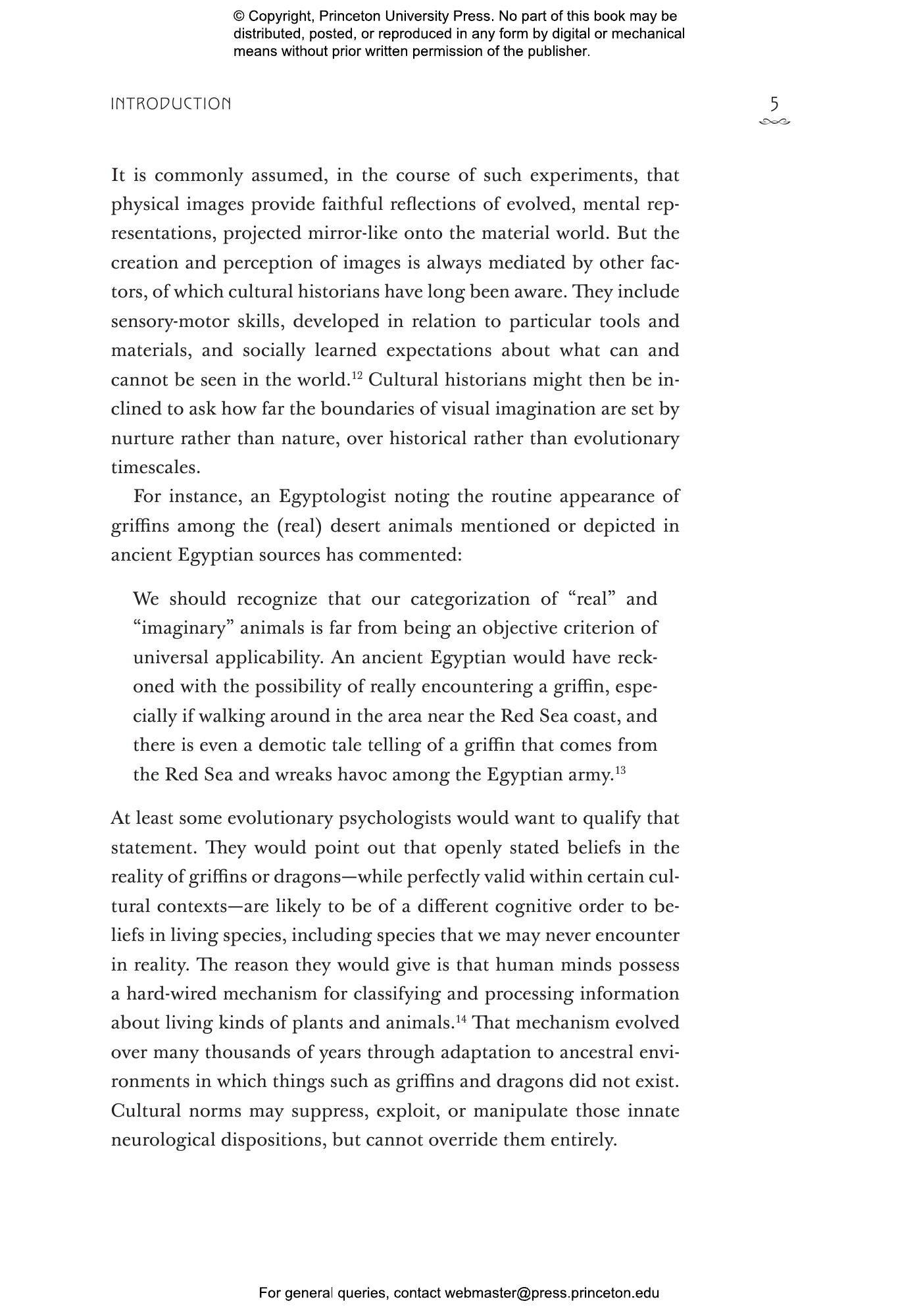 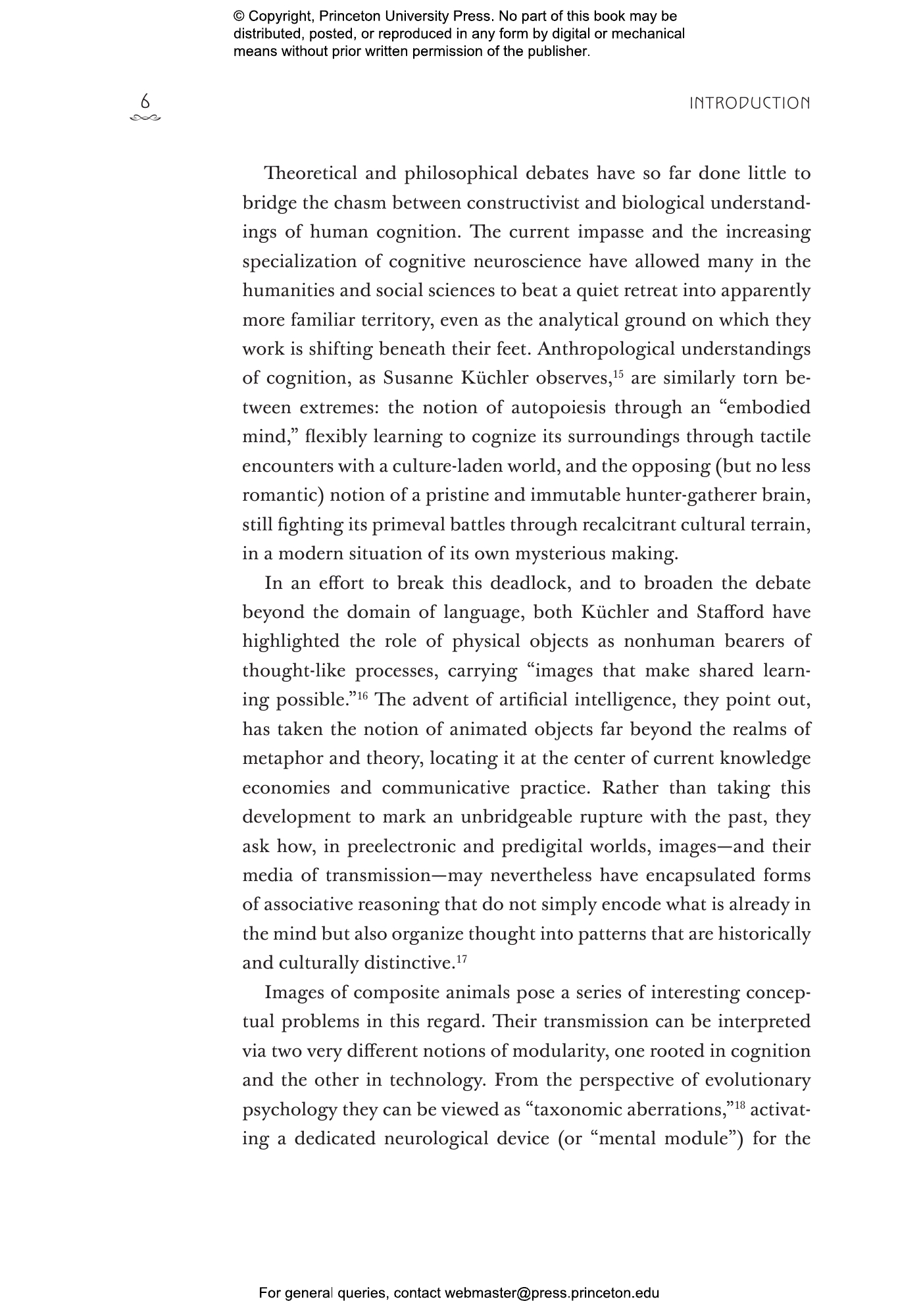 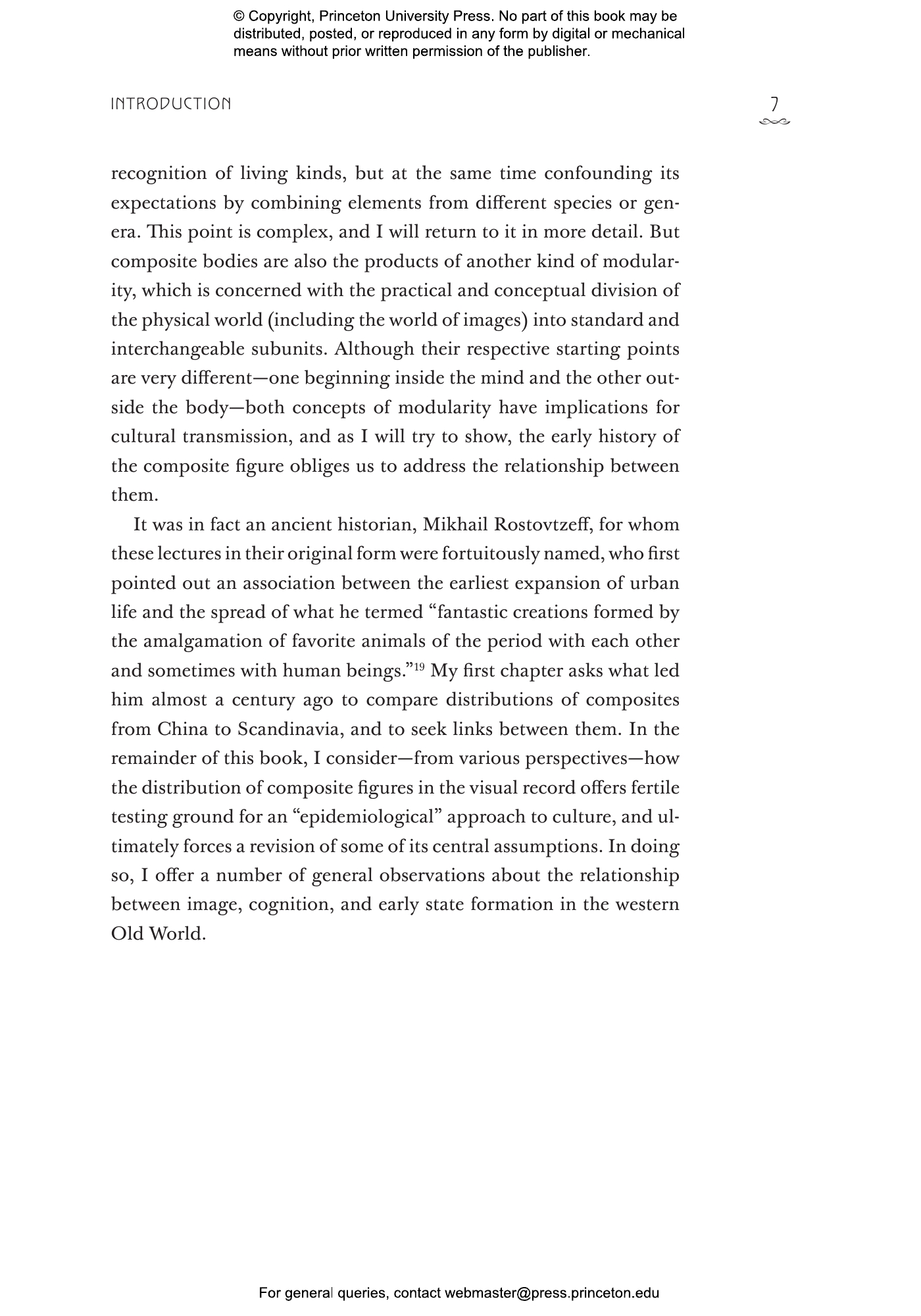 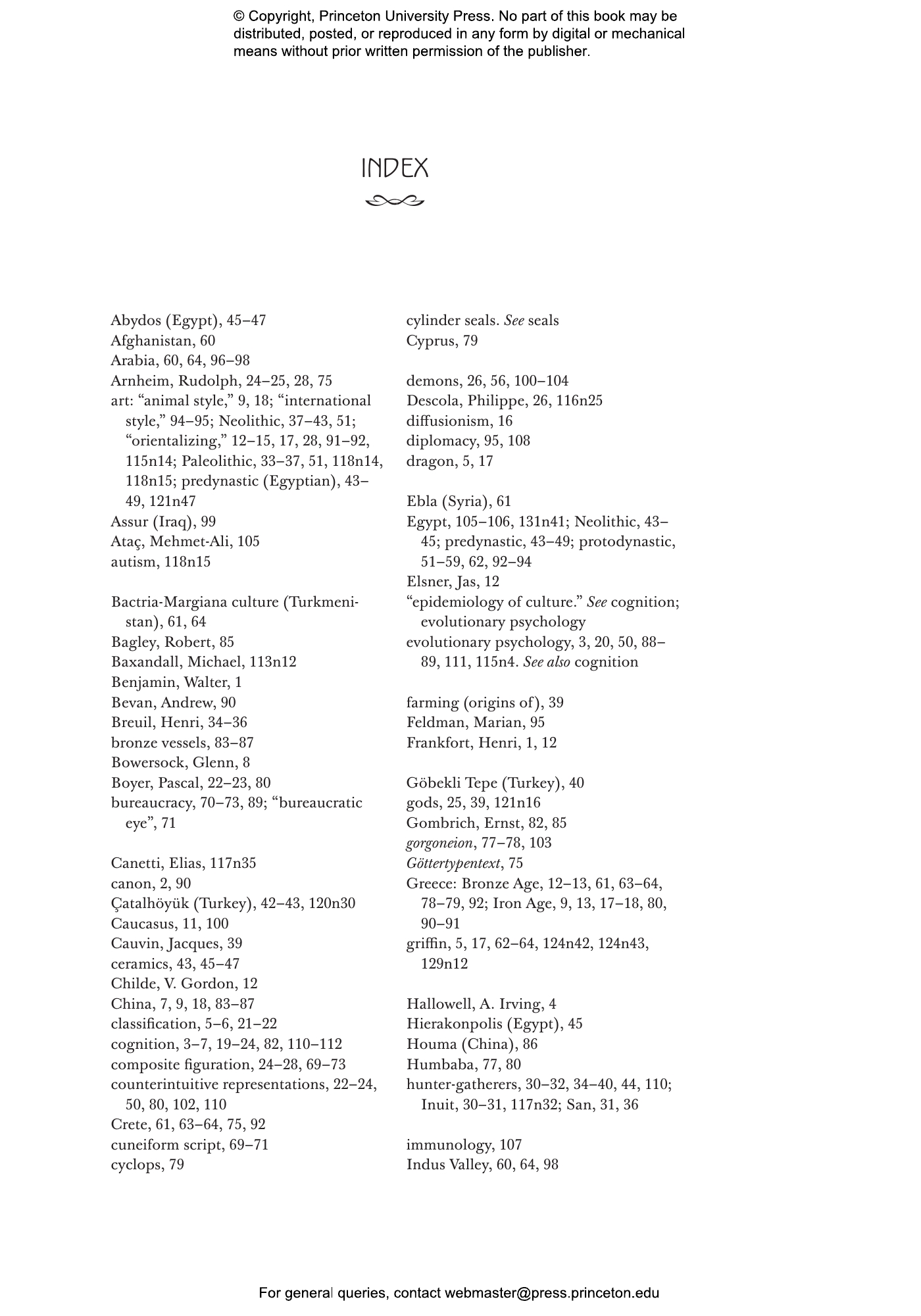 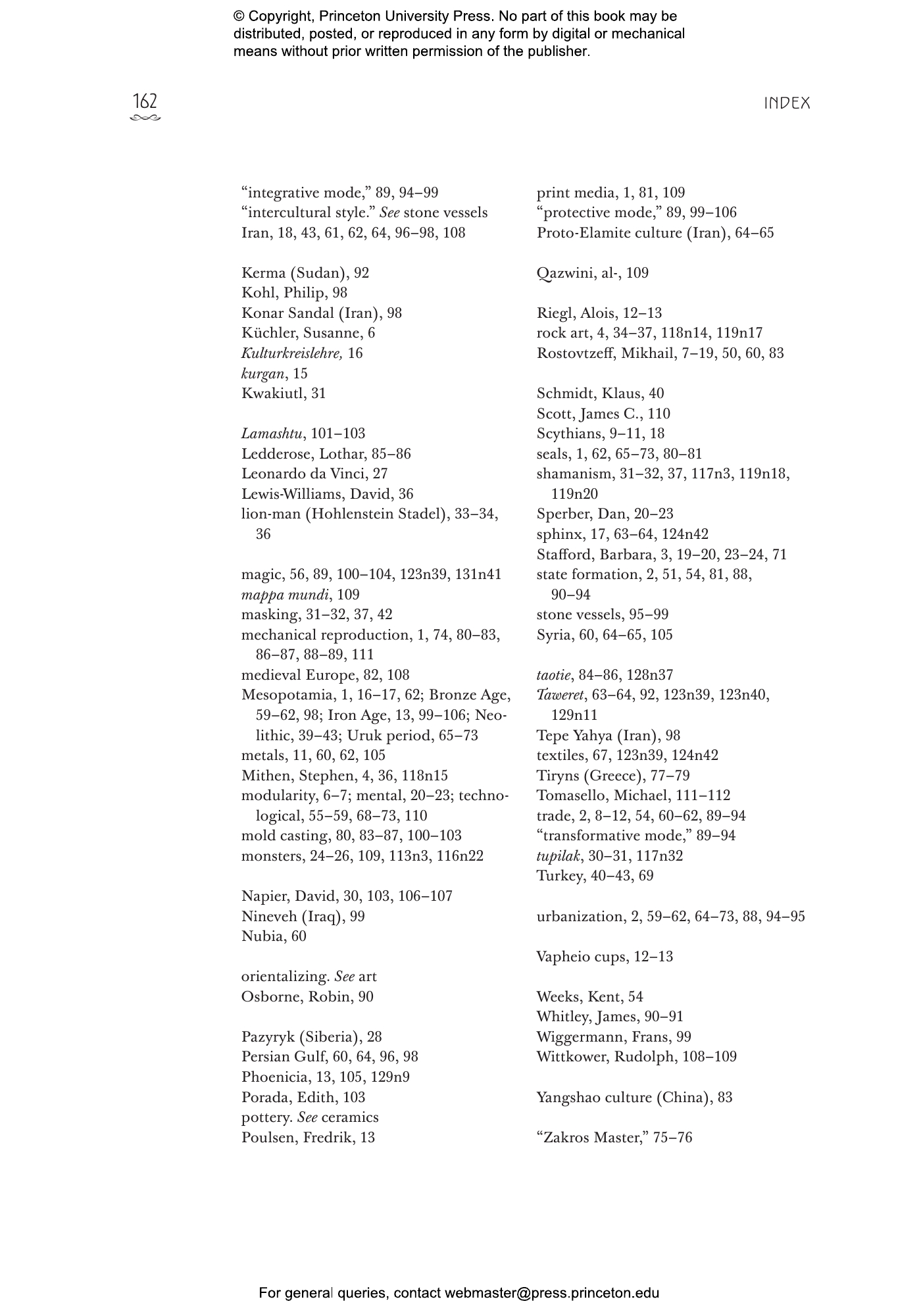 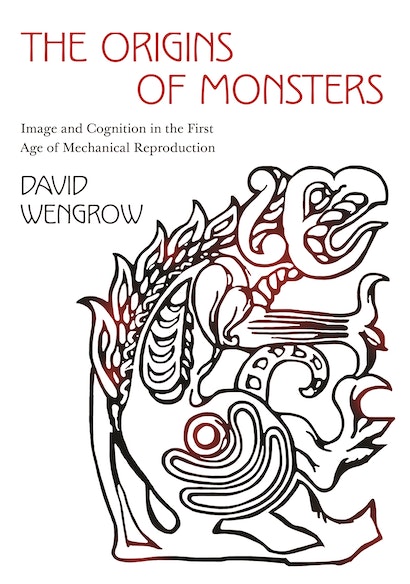 It has often been claimed that “monsters” — supernatural creatures with bodies composed from multiple species — play a significant part in the thought and imagery of all people from all times. The Origins of Monsters advances an alternative view. Composite figurations are intriguingly rare and isolated in the art of the prehistoric era. Instead it was with the rise of cities, elites, and cosmopolitan trade networks that “monsters” became widespread features of visual production in the ancient world. Showing how these fantastic images originated and how they were transmitted, David Wengrow identifies patterns in the records of human image-making and embarks on a search for connections between mind and culture.

Wengrow asks: Can cognitive science explain the potency of such images? Does evolutionary psychology hold a key to understanding the transmission of symbols? How is our making and perception of images influenced by institutions and technologies? Wengrow considers the work of art in the first age of mechanical reproduction, which he locates in the Middle East, where urban life began. Comparing the development and spread of fantastic imagery across a range of prehistoric and ancient societies, including Mesopotamia, Egypt, Greece, and China, he explores how the visual imagination has been shaped by a complex mixture of historical and universal factors.

Examining the reasons behind the dissemination of monstrous imagery in ancient states and empires, The Origins of Monsters sheds light on the relationship between culture and cognition.

David Wengrow is professor of comparative archaeology at University College London. His books include The Archaeology of Early Egypt and What Makes Civilization? 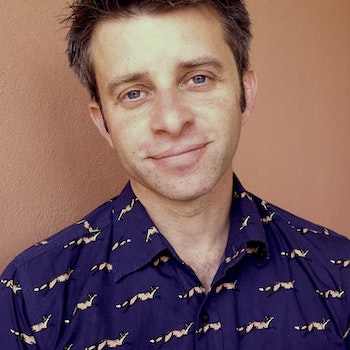 "Few archaeologists would venture into as many regions or across as many disciplinary boundaries as David Wengrow does in his eloquent and ambition analysis."—Christina Riggs, Times Literary Supplement

"The Origins of Monsters is a fascinating exposition of the archaeology of the ancient world as a topic that has current resonance. Well written and presented, wonderfully informed and confident, it is well placed to achieve Wengrow's worthy ambition to start a particular dialogue between disciplinary approaches to the topic of monsters."—Michael Punt, Leonardo Reviews

"Using the entry point of 'monsters,' this gracefully written, learned, and provocative book draws from archaeology, history, art history, cognitive psychology, and other disciplines, and ranges through the Egyptian, Mesopotamian, classical Greek, central Asian, Iranian, and Chinese regions in order to demonstrate the interconnectedness of the ancient world. The scope of research and the force of analysis are breathtaking. A great read."—Norman Yoffee, University of Nevada, Las Vegas and University of New Mexico

"This book is a real pleasure and succeeds magnificently in its breadth of scholarship, dazzling insight, leaps of scholarly imagination, bold pathways of original ideas, and elegant prose. Covering a huge amount of provocative ground, it will interest readers in archaeology, anthropology, Near Eastern studies and Egyptology, art history, and psychology."—John Robb, University of Cambridge