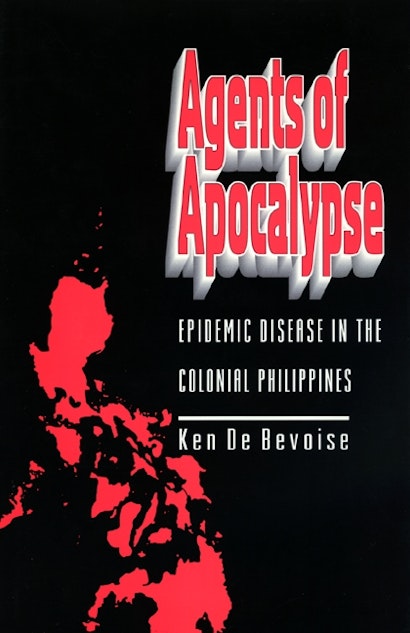 As waves of epidemic disease swept the Philippines in the late nineteenth century, some colonial physicians began to fear that the indigenous population would be wiped out. Many Filipinos interpreted the contagions as a harbinger of the Biblical Apocalypse. Though the direct forebodings went unfulfilled, Philippine morbidity and mortality rates were the world’s highest during the period 1883-1903. In Agents of Apocalypse, Ken De Bevoise shows that those “mourning years” resulted from a conjunction of demographic, economic, technological, cultural, and political processes that had been building for centuries. The story is one of unintended consequences, fraught with tragic irony.

De Bevoise uses the Philippine case study to explore the extent to which humans participate in creating their epidemics. Interpreting the archival record with conceptual guidance from the health sciences, he sets tropical disease in a historical framework that views people as interacting with, rather than acting within, their total environment. The complexity of cause-effect and agency-structure relationships is thereby highlighted. Readers from fields as diverse as Spanish, American, and Philippine history, medical anthropology, colonialism, international relations, Asian studies, and ecology will benefit from De Bevoise’s insights into the interdynamics of historical processes that connect humans and their diseases.

"This elegantly learned and ecologically sophisticated book . . . [contains] admirable insight, sophistication, and learning. . . . This is a wise and instructive book."—William H. McNeill, Journal of the American Medical Association