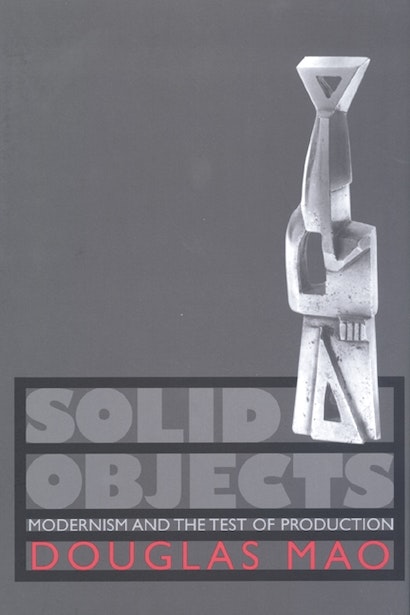 In this provocative and wide-ranging study, Douglas Mao argues that a profound tension between veneration of human production and anxiety about production’s dangers lay at the heart of literary modernism. Focusing on the work of Virginia Woolf, Wyndham Lewis, Ezra Pound, and Wallace Stevens, Mao shows that modernists were captivated by physical objects, which, regarded as objects, seemed to partake of a utopian serenity beyond the reach of human ideological conflicts. Under a variety of historical pressures, Mao observes, these writers came to revere the making of such things, and especially the crafting of the work of art, as the surest guarantee of meaning for an individual life. Yet they also found troubling contradictions here, since any kind of making, be it handicraft or mass production, could also be understood as a violation of the nonhuman world by an increasingly predatory and imperialistic subjectivity. If modernists began by embracing production as a test of meaning, then they frequently ended by testing production itself and finding it wanting.

To make this case, Mao interweaves social and political history with readings in literature, the visual arts, philosophy, and economics. He explores modernism’s relation to aestheticism, existentialism, and the culture of consumption, joining current debates on the politics of engagement and the social meanings of art. And he shows conclusively, in this elegantly written and consistently surprising work, that we cannot understand the theories and practices of modernism without addressing the question of the object and production’s ambivalent allure.

Douglas Mao is Assistant Professor of English at Princeton University.