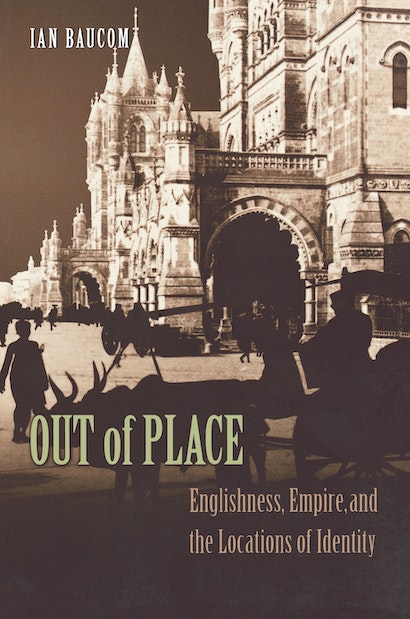 In a 1968 speech on British immigration policy, Enoch Powell insisted that although a black man may be a British citizen, he can never be an Englishman. This book explains why such a claim was possible to advance and impossible to defend. Ian Baucom reveals how “Englishness” emerged against the institutions and experiences of the British Empire, rendering English culture subject to local determinations and global negotiations. In his view, the Empire was less a place where England exerted control than where it lost command of its own identity.


Analyzing imperial crisis zones — including the Indian Mutiny of 1857, the Morant Bay uprising of 1865, the Amritsar massacre of 1919, and the Brixton riots of 1981 — Baucom asks if the building of the empire completely refashioned England’s narratives of national identity. To answer this question, he draws on a surprising range of sources: Victorian and imperial architectural theory, colonial tourist manuals, lexicographic treatises, domestic and imperial cricket culture, country house fetishism, and the writings of Ruskin, Kipling, Ford Maddox Ford, Forster, Rhys, C.L.R. James, Naipaul, and Rushdie — and representations of urban riot on television, in novels, and in parliamentary sessions. Emphasizing the English preoccupation with place, he discusses some crucial locations of Englishness that replaced the rural sites of Wordsworthian tradition: the Morant Bay courthouse, Bombay’s Gothic railway station, the battle grounds of the 1857 uprising in India, colonial cricket fields, and, last but not least, urban riot zones.

Ian Baucom is the Dean of Arts & Sciences at the University of Virginia.

"Out of Place is an impressive volume, ambitious in its scope, sophisticated in its argument, and elegant in its execution."—Ranu Samantrai, MLR: Modern Language Review

"An interesting, original, and elegant book on the emergence of 'Englishness' within the British Empire. . . . [T]his work proves Ian Baucom to be a superb writer and thinker."—Patrick Brantlinger, Indiana University

"This is a remarkable book. . . . Baucom has a lot to teach people, and his book will interest anyone concerned with cultural theory, post-coloniality, nineteenth- and twentieth-century British culture, or cultural studies."—Mark Wollaeger, Vanderbilt University