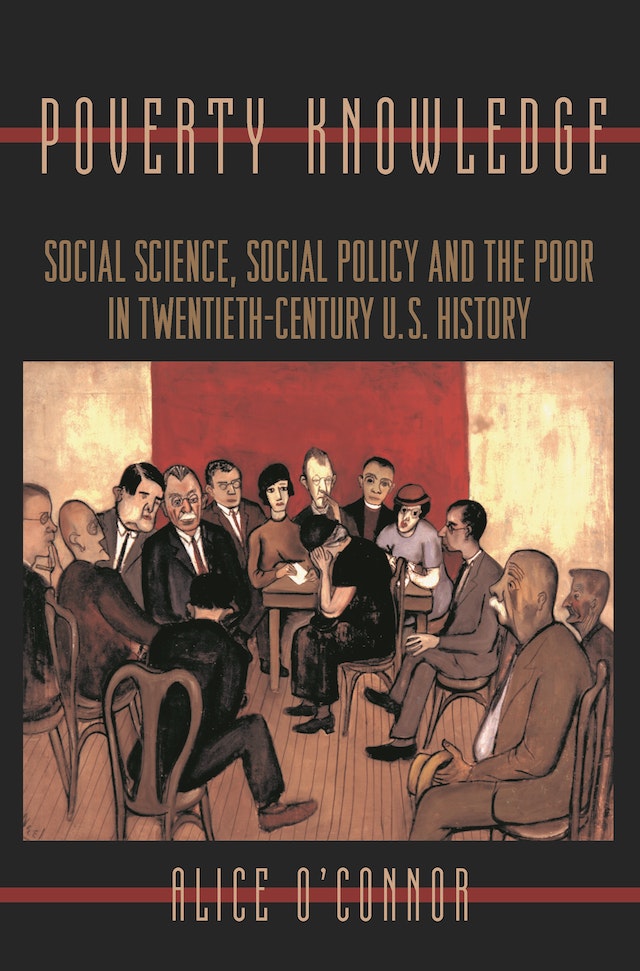 Progressive-era “poverty warriors” cast poverty in America as a problem of unemployment, low wages, labor exploitation, and political disfranchisement. In the 1990s, policy specialists made “dependency” the issue and crafted incentives to get people off welfare. Poverty Knowledge gives the first comprehensive historical account of the thinking behind these very different views of “the poverty problem,” in a century-spanning inquiry into the politics, institutions, ideologies, and social science that shaped poverty research and policy.


Alice O’Connor chronicles a transformation in the study of poverty, from a reform-minded inquiry into the political economy of industrial capitalism to a detached, highly technical analysis of the demographic and behavioral characteristics of the poor. Along the way, she uncovers the origins of several controversial concepts, including the “culture of poverty” and the “underclass.” She shows how such notions emerged not only from trends within the social sciences, but from the central preoccupations of twentieth-century American liberalism: economic growth, the Cold War against communism, the changing fortunes of the welfare state, and the enduring racial divide.


The book details important changes in the politics and organization as well as the substance of poverty knowledge. Tracing the genesis of a still-thriving poverty research industry from its roots in the War on Poverty, it demonstrates how research agendas were subsequently influenced by an emerging obsession with welfare reform. Over the course of the twentieth century, O’Connor shows, the study of poverty became more about altering individual behavior and less about addressing structural inequality. The consequences of this steady narrowing of focus came to the fore in the 1990s, when the nation’s leading poverty experts helped to end “welfare as we know it.” O’Connor shows just how far they had traveled from their field’s original aims.

Alice O'Connor was formerly the Assistant Director of the Project on Social Welfare and the American Future at the Ford Foundation, the Director for the Programs on Persistent Urban Poverty and International Migration at the Social Science Research Council, a National Science Foundation Postdoctoral Fellow at the University of Chicago, and a Visiting Scholar at the Russell Sage Foundation. She is currently Associate Professor of History at the University of California, Santa Barbara.

"Poverty Knowledge is the most important analysis of the evolution of poverty knowledge ever published. Alice O'Connor's book is must reading for those who seek a comprehensive understanding of past and current social science writings on American poverty. Moreover, it provides a new vision that inextricably links the study of poverty to the broader study of political economy. This book will be discussed and debated for many years."—William Julius Wilson, Harvard University

"There is nothing like this superb history and assessment of systematic social science concerned with poverty. Written by a historian with uncommon vantages on policy ideas, the book powerfully situates what, and how, we know within the dynamics of ideology, power, and interest that have characterized twentieth-century American liberalism. Richly researched and arrestingly composed, it informs policy history as well as options for the future."—Ira Katznelson, Columbia Univeristy

"Poverty Knowledge is an insightful and incisive account of poverty research since the nineteenth century. Alice O'Connor's disgust with the use of research to stigmatize the poor comes through powerfully and clearly. Critical history at its best, the book should also be read by sociologists, anthropologists, political scientists, economists, and welfare and antipoverty researchers—as well as teachers in these fields."—Herbert J. Gans, Columbia University

"Alice O'Connor knows more about the social science literature on poverty than any other historian in America. No one has put the whole story together as she has. Her conclusions emerge as nuanced, sophisticated, and sound. Her book is also written with exceptional clarity and grace. It will supercede all other histories of poverty knowledge in the United States that deal with the twentieth century."—Michael Katz, University of Pennsylvania